Posted by Nichole C. on May 23, 2016
I originally did this for a Facebook group called The Switching Post. But then my computer and editing software decided to explode...and things were just awful. AWFUL. I actually started considering just writing off the end of April and all of May. Bad bad times. But I am back at it, and slowly figuring all my new toys out! Might as well share these nails that have literally been trapped on my camera for weeks. 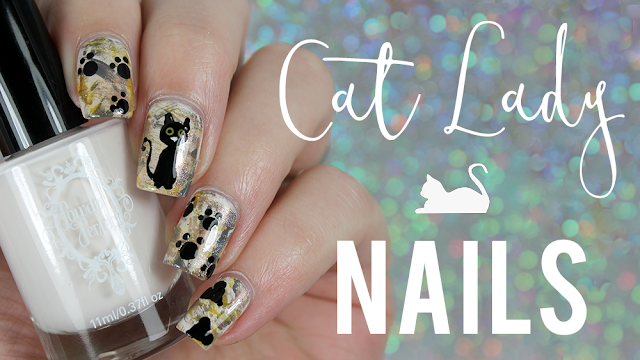 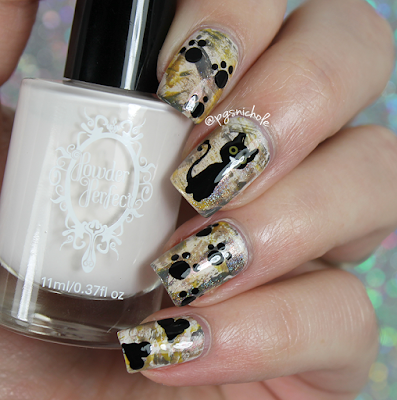 I used Turtledoves as my base, and then dry-brushed some warmish tones to represent my taupey-brown jerk cat. She has gold eyes, so of course I had to throw in a little BeG in there. Then I clumsily drew paw prints and hearts...and a slightly frightened cat...with my Liquid Leather. I think it turned out pretty good, and I am sad that I couldn't have shared it with my Switching Post partner. 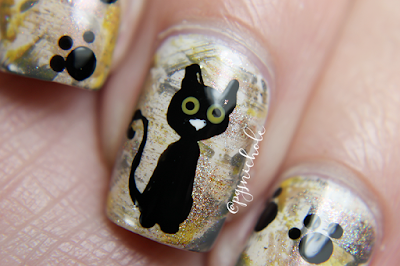 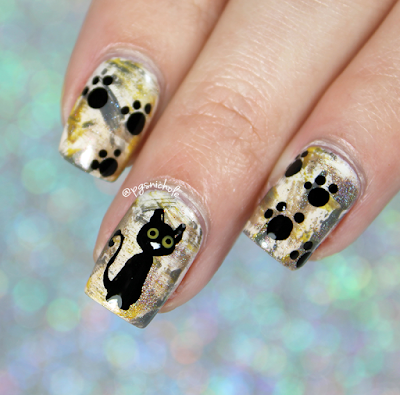 And here is the furry fuckface ball of love and totally not murder herself. Her normally super-sunshiny disposition is evident from her perpetually pleased expression...right? Honestly though, she's mad as sin because shes been on a diet for a three months now. She is a big cat, and when we started she was a whopping 18lbs. I would guess she weighs about 16lbs now, which is about what the vet thinks she ought to be. I worry about her...she is 12 years old now, and I don't want her to spend her twilight years being hangry.


Like I mentioned above, I have a new photo editing suite. THAT I PAID FOR. No really, I am using Creative Cloud now. I like it...but it's weird. Everything is in a different spot now. I am that old woman who is mad because her favorite restaurant remodeled. It is change and I hate change. But...I can do fun things now like this: 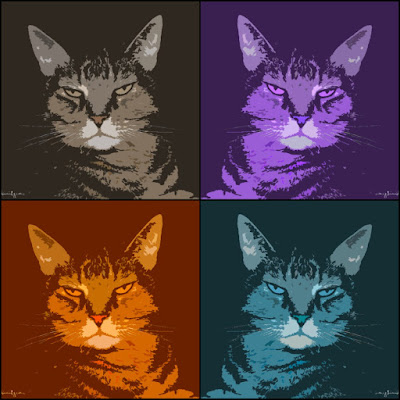 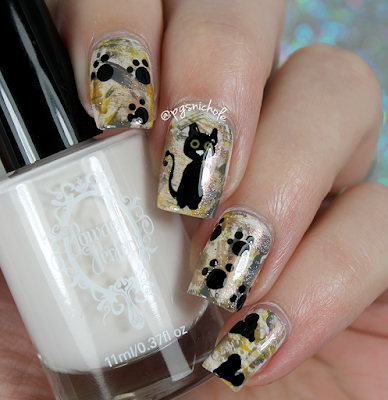 Now that you've seen the depths of my nuttiness, go check out the post that was supposed to have been posted instead of this one. Chelsea over at Smackerlacquer did an adorable manicure dedicated to her goofy pup and I love it to pieces.
Blue-Eyed Girl Carpe Noctem Cosmetics China Glaze cream Glam Polish holo Indie Inlinkz nail art nails Powder Perfect Sally Hansen