Posted by Nichole C. on February 24, 2020
When it comes to delicate, feminine, and ethereal very few brands do better than Fair Maiden. For the Ancient History theme they have made a beautifully magical nude shade inspired by one of the most famous naked people ever: Lady Godiva. 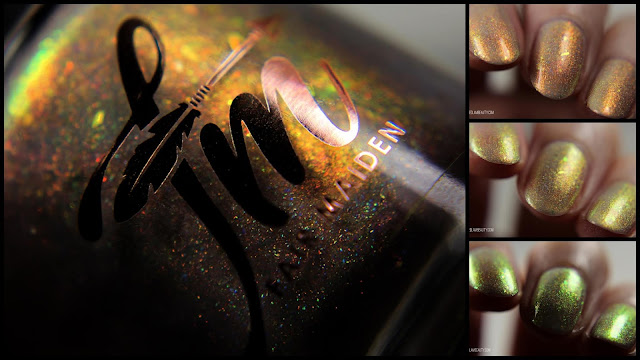 This shade is a beautiful peachy nude jellied polish that is filled with red-to-green shifting shimmers, reflective iridescent flakes, and a strong sparkling holo.  If you're fair-skinned like me, then it is the perfect "disco mannequin" nude shade, but I also think it would be a beautifully neutral on medium and deep skin tones as well. It is dynamic and flashy, but still restrained and tasteful. I dig it.

I used three coats here, followed by a qdtc. I did two on my right hand (gasp. I am wearing this on both hands!) and it is only a little more sheer. I think, unless you wear some kind of tinted base or opaque undies, you will always have a slight VNL with this shade. 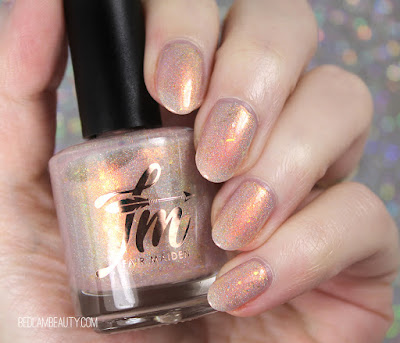 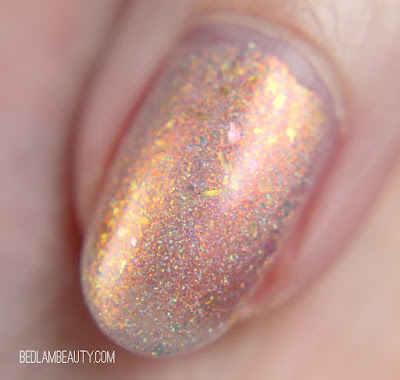 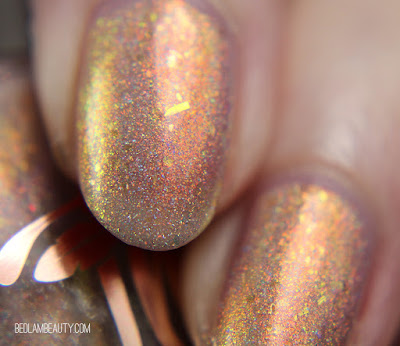 Godiva was actually a historic figure. She was the wife of an earl of Mercia sometime around 1060. The wikipedia hole I fell into says that Godiva was a common name, and it appears a lot in the records from that era. Legend has it that she rode naked through the streets of Coventry to save the people from oppressive taxes. Which would be pretty gangster if true. Her legend is also apparently where the term "Peeping Tom" came from! Give the wikipedia a read, but set an alarm. It is engrossing, especially if you enjoy history at all! 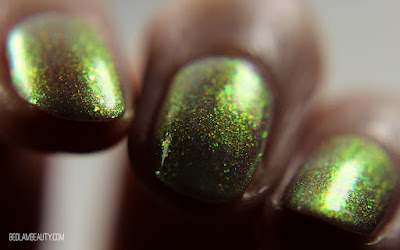 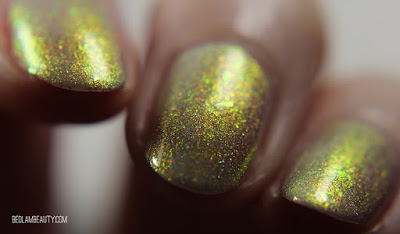 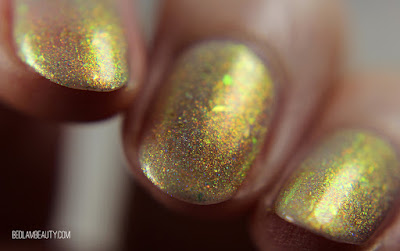 This stunning shifter will be available from the Polish Pickup on March 6th. It had better be on your list.
Fair Maiden indies nails Polish Pickup SFW swatches