Posted by Nichole C. on October 29, 2018
Did you guys know that Baroness X has a base and top coat duo now? Well you should, it is four-hundred years old now. I gave it a hard road test back in July/August, and I am finally ready to share my results. 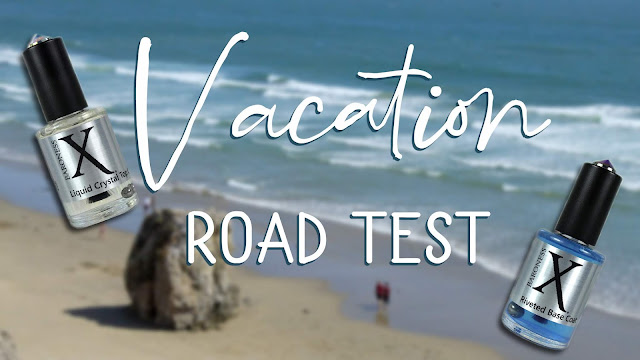 Let's start with the base coat. The Riveted Base coat falls into the "sticky" category. This just means it was designed to have more of a grip on your nail and the polish. I find it quite handy for stamping and general nail art...though it wasn't quite sticky enough for loose pigment applications. (It is not supposed to be sticky. It just has a kung-fu grip on your nail and the polish.) It has a pale blue tint which will give slightly yellowed nails a little brightening. I am generally pretty cautious about tinted bases, especially when using a top coat like Seche Vite. Fast dry toppers + tinted bases tend to change the final color of your polish...which is no bueno when swatching. But as long as you use the topper below, it shouldn't be an issue. 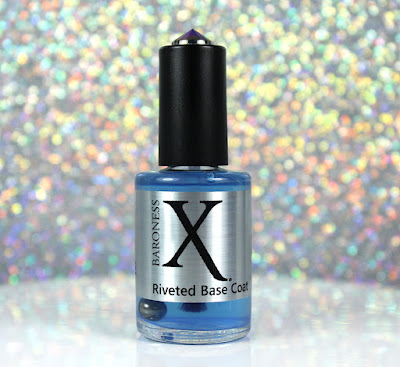 Next is the Liquid Crystal top coat. Anyone else remember Liquid Television? No...just me? Get off my lawn. This is a non fast-drying topper, though it does set up fairly quick. I am a devotee of Seche Vite (blessed be) but I find myself reaching for this a lot these days with all the magnetic shades floating around right now. It is my go-to for magnetics because it does not dissolve the magnetic effect, but still dries fast enough for my impatient self to handle. No one has five-hundred years to wait for polish to set. 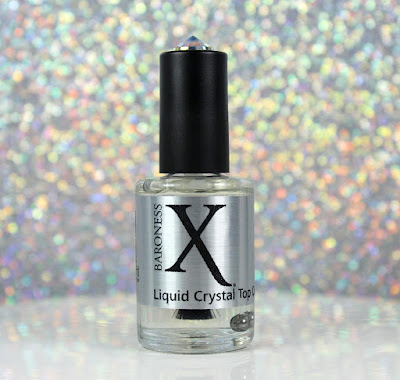 I promised a road test, didn't I? Well here we are! I went to Pismo Beach with the family this summer...which is basically like home but slightly warmer. I was going to be gone for four long days of swimming and beach and sunscreen, which are not known to be forgiving on manicures. I figured this was going to be the ultimate gauntlet for a polish product. Plus I chose a very pigmented indie polish (Delush Polish Zombie Hunter) which can also be more prone to chipping. I was not pulling any punches here, and I warned the Baroness that I was going to be ruthless. 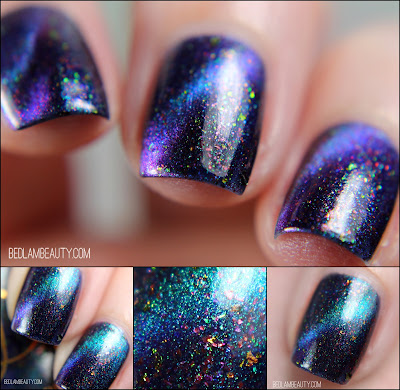 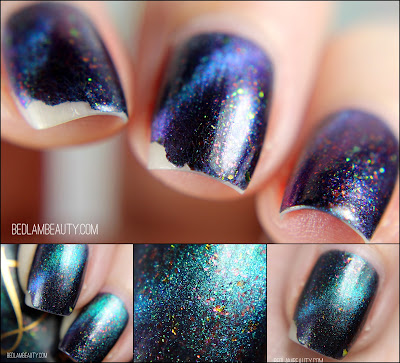 I ended up wearing this for over a week before I got around to taking pictures, because vacations always end in laundry when there are kids around. I applied everything as I would for a normal manicure: wrapped tips for each layer, two thinner coats of polish, a floated layer of topper. I think I made it four whole days before my nails chipped at all. They survived two rounds of beach combing,  four days of highly chlorinated pool water, and seven-hundred pounds of sunscreen.

I like the base coat. I don't know if I would replace my beloved Gelous...but I have nothing at all bad to say about it. I would recommend it if you have had trouble with regular bases but don't like the tacky feel of most "sticky" bases. I like the blue tint, just on its own. I hope that this is a sign of things to come...I'd love to have this in a violet or rose tint too, just for regular wearing.

The topper is my go-to for magnetics now. It works better than anything I have tried thus far in preserving the magnetic sharpness. I have made a serious dent in my bottle since I did this test, and I will absolutely  be replacing it when I run out.

Go check both these babies out. They offer mini sizes as well, if you want to test it out for yourself before you commit. Now, I just need a 4oz refill of that top coat!