Posted by Nichole C. on May 15, 2018
Girly Bits makes some amazing things. Chief among them is super smooth polish, and I am lucky enough to be sharing a dazzling multichrome with you guys today. 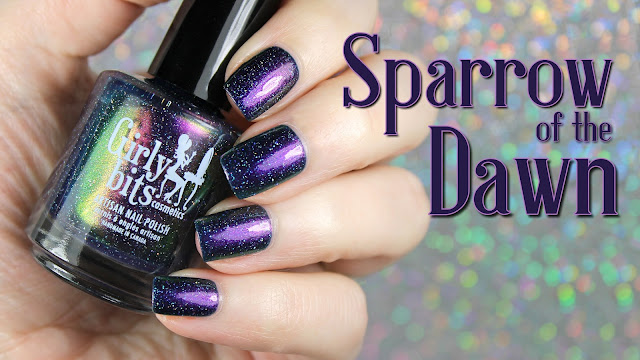 This is a beautiful multichrome on a deep cerulean base. It has this almost metallic glow to it, and the addition of the holo glitter makes it all the more sparkly. In my notes I called it a "glam rock peacock" and that is the most apt description I can possibly come up with. I know, it is a bit of a cop-out, but come on...look at this and tell me I'm wrong. 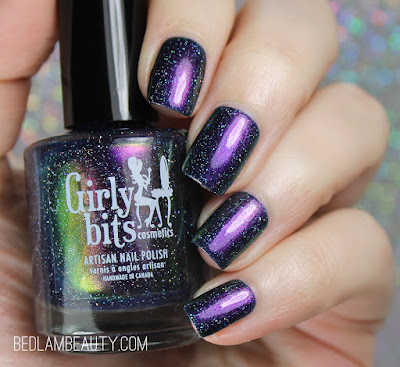 I encourage you to pop over and check out the description and inspiration on the website. There is so much thought and care put into this polish, that it really is elevated to something a little extra special.

Late spring/early summer of 2017, I started hearing this new song called Highway Tune on a local radio station (WRIF in Detroit) It really grabbed my attention. It was a band that I had never heard of before, but they sounded like well seasoned musicians and I was really digging their vibe. So I started looking into this band called Greta Van Fleet. It turns out, they are a group of young (and I mean YOUNG) guys from Frankenmuth Michigan. The singer is Josh Kiszka, and his twin brother is guitarist Jake Kiszka (22 yrs old). Younger brother Sam Kiszka (18) plays bass, and their friend Danny Wagner (19) is on drums.

We first saw them perform in Michigan at Pine Knob (DTE Energy Music Theatre) in September 2017 at RIFF Fest. I was BLOWN away. I KNEW I had to honour my new favourite band with an addition to the Concert Series.

I saw GVF again at St. Andrew’s Hall (in MI again) in December. By that time, it was getting hard to get tickets to their shows before they sold out. The first show at St. Andrew’s Hall sold out and they announced a second show which also sold out. I had already purchased both CD’s and was mildly obsessed =) We currently have tickets to see them two more times. One at Rock on the Range in Ohio, and one at the Fillmore in Detroit. Both in May. (repeat-mildly obsessed) The show at the Fillmore sold out in seconds. Literally. And fans were NOT happy. They announced two more shows at the Fillmore back to back and they both sold out immediately. I was lucky enough to score 2 tickets to the 2nd show. 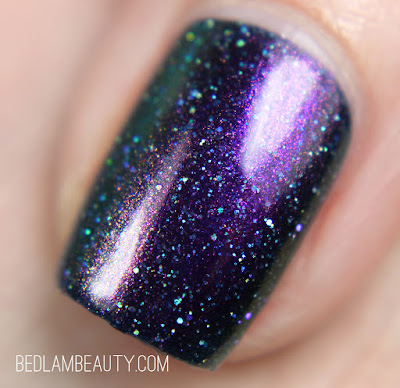 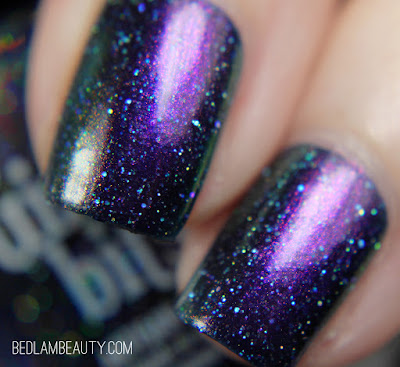 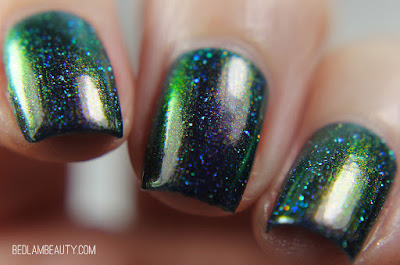 This amazing polish is available now. Go get some! 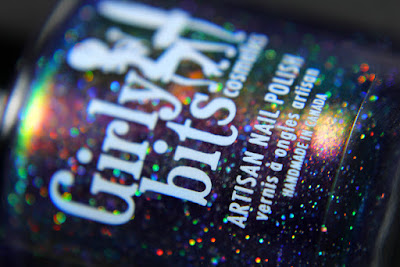