Posted by Nichole C. on January 12, 2018
Baroness X is the reigning queen of Unicorn Pee. It might sound like a dubious title, but in the indie circles it is one of the highest honors. She takes that magical, shifting, shimmering pigment and creates wonders. 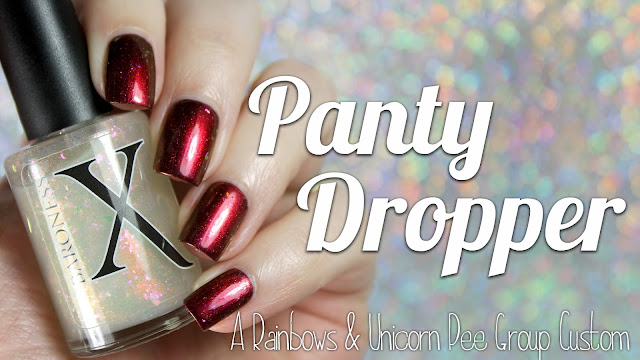 This topper is amazing, guys. It was a custom for the foremost UP fangroup on Facebook, and I was excited to buy it. It is filled with the delectible pigmnet, and then a healthy does of shifting flakes and a universe. It is like a shredded fairy wing stuffed into a bottle of childhood dreams. I chose to layer it over a glowing multichrome...which did muddle the shift on camera a bit...but who cares?! It let the flakes sing, and made that multichrome base come alive. I now want to layer UP over all of my multichromes. 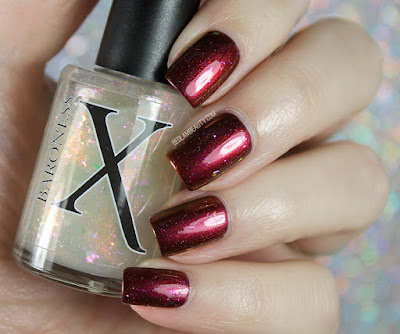 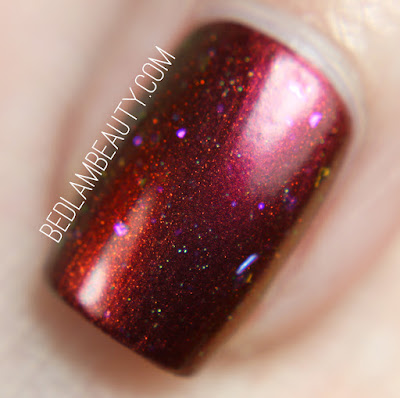 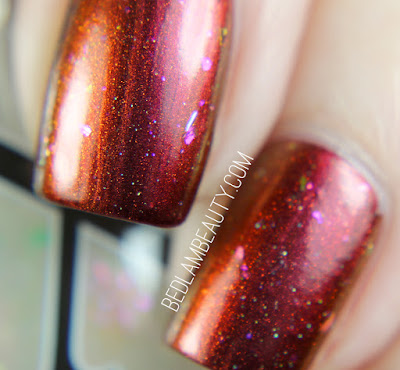 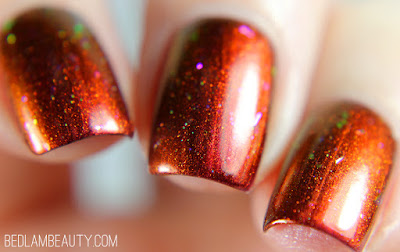 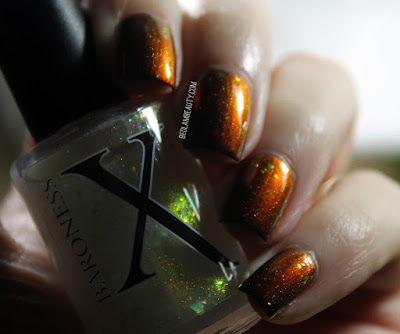 Did you grab this topper way back when it was available? It is a gem, and I am so glad I bought the full sized version. I think I need ALL the Unicorn Pee. Just to compare, for science.