Posted by Nichole C. on June 29, 2017
Vapid Lacquer makes some amazing, sexy, crazy, chaotic holos. When you add that to the ongoing trend of multichrome innovation...well you get some breathtaking polish. 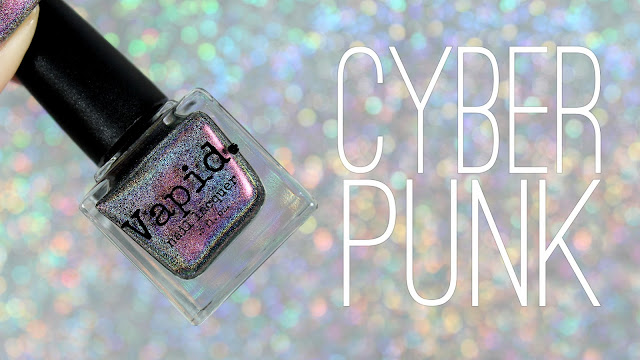 I want to post a thousand pictures of this polish. Partly because it is such a pretty polish that it deserves a huge spam post, but mostly because it looks so damned different in every single picture I take of it. And I have taken a ton. Mostly on Snapchat, but whatever. Shitty pictures are still pictures. How many times can I type "pictures" in one paragraph before my brain explodes. Pictures. PIC TURES. It's been a long week, and I am already trolling myself. Yay. 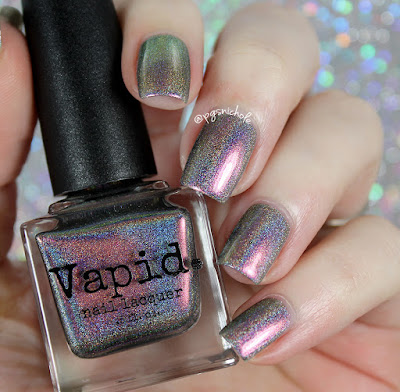 The formula is typically Vapid. It is smooth and easy and such a good "in a hurry" manicure shade. I think I have used it three or four times now as my "shit, I have to wear sandals today" color. Actually, now that I think about it I think that I have used it for pedicures far more times than I have worn it on my fingers. Which makes me happy, because gods know that I don't change my toe color anywhere near as often as my fingers.

Oh, and for science, I used two coats plus a layer of Seche Vite here. Like always. 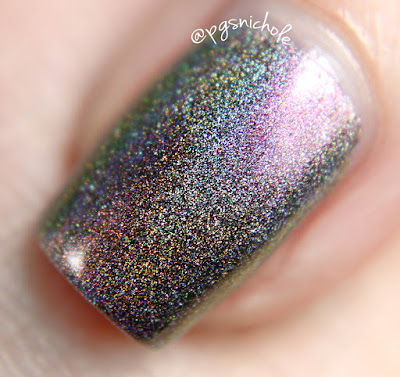 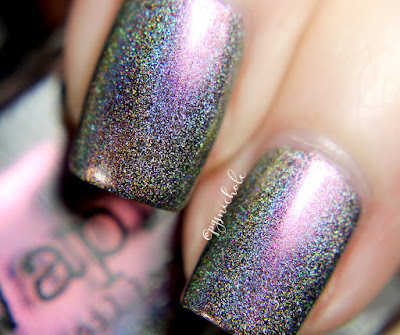 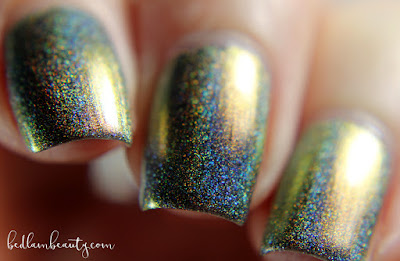 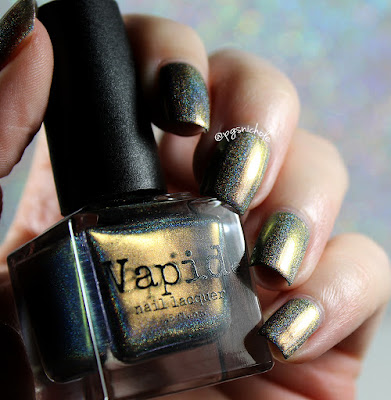 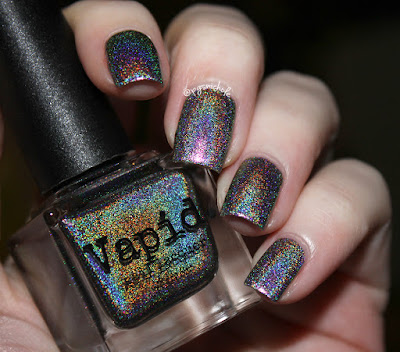 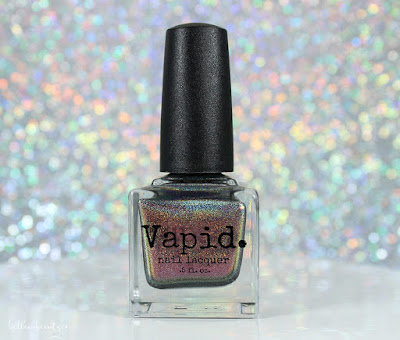 This glorious color is no longer available, and I doubt you will be able to find it on the second-hand market. It is that loved. This was released during my hiatus, and I remember going to Target (free wifi) so I could get my hands on this one. We had no internet at home, and without wifi I'm lucky to have a 1X signal here. Stupid middle-of-almost-nowhere.

Did you grab this shade? Are you wearing it constantly, or hoarding it like a dragon?