Posted by Nichole C. on June 02, 2017
After much cajoling, begging, and threatening...Octopus Party Nail Lacquer has joined in on the Polish Pickup for June. It was the perfect time too, because this months theme is "Under the Sea". So...um...how can you not have OPNL there? It just seemed wrong. And boy, oh boy...Dave sure made us a stunner. 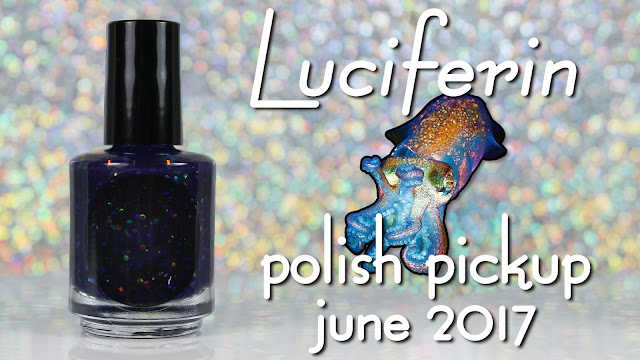 
This deep, royal blue jelly is filled with a sprinkling of iridescent hexes. It bridges the balance between awkward glitter bomb and sparse jelly. Magically. It applies like a dream, and I was blessedly free of troughs and clumps. The glitter, because it is so restrained, needs a little finesse to apply. I had the best luck turning my polish bottle upside down for about five minutes before I applied it. I managed to get a nice layer of sparkle, but still keeping that "creepy depths of the ocean" twinkle. I used three coats here, followed by a layer of Seche Vite. 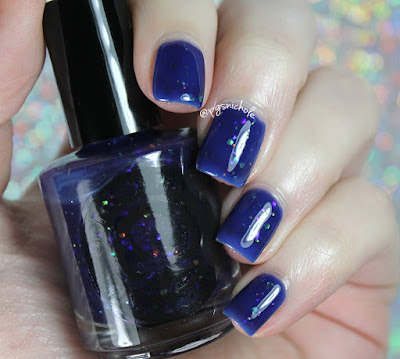 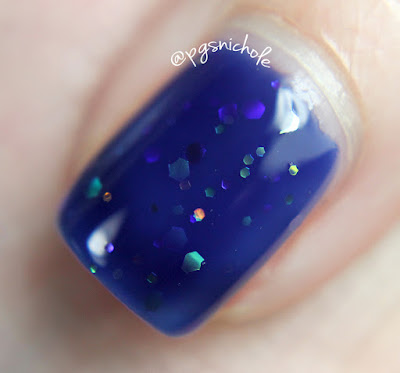 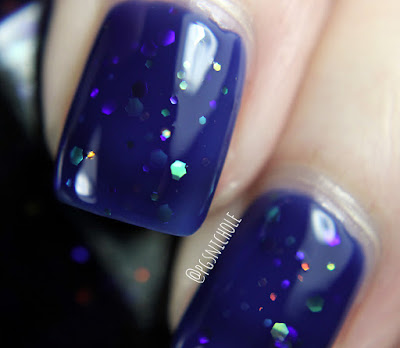 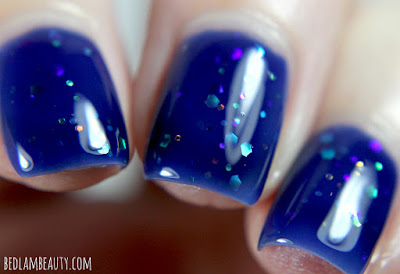 This beautiful polish was inspired by Luciferin, which is the name for the compound that fuels bioluminescence. Like this wee dude down here, which an especially nerdy friend informs me is likely a bobtail squid. There are tons of bioluminescent octopus and squid, all of which are amazingly beautiful to look at. The fact that a living creature can  make its own light just blows my mind.
Doesn't he look happy, though? Like he wants a nice warm hug.

The Polish Pickup for June opens up on June 2, 2017 and runs until June 5, 2017. This is a preorder, so no need to feel the panicked scramble of a restock. This shade, and twenty-seven others will be available all weekend! And come join the Pickup Pack on Facebook! You'll see spoilers of the upcoming shades, get important news, and find out when the submissions and voting process opens up again!