Posted by Nichole C. on November 16, 2016
This Fall, I took a trip to the midwest and visited the first ever Polish Convention. It was a huge collection of indie brands, bloggers, fans, and artists all drawn into one tiny humid spot. Good times were had, and I can't wait for next year. 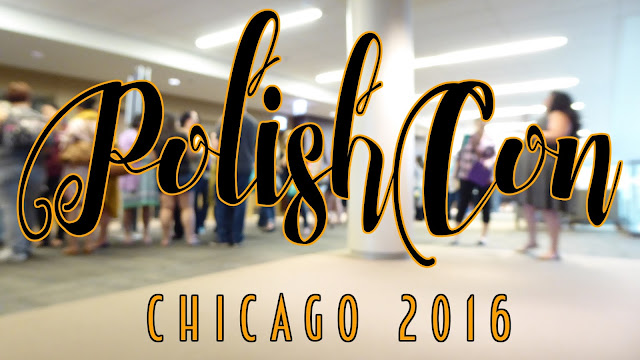 I flew from my home state of California to Indianapolis, Indiana. It was a long day, ya'll. Southwest Airlines is affordable, but holycow are they plagued with delays. I drove from Indy to Chicago with a friend, and we met another friend once we got there, and we all crashed at a nice hotel outside the city. 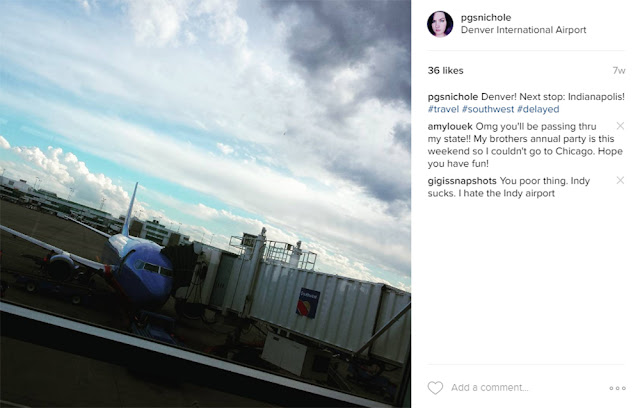 We had dinner and drinks in the hotel bar. Good times were had. I don't get out much these days, and it was a brilliant breath of fresh air. 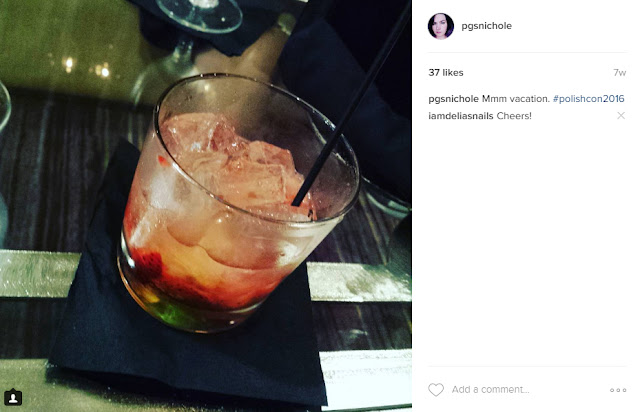 And of course, I did something special to my nails...and I didn't remember to take a picture until the day after. I used a new shade from B Polished plus some China Glaze. I wanted to stay simple, since I was going to be gone for five days at least. It survived the trip mostly intact.


I snapped a quick picture during a snack break. During the actual "con/shopping" time definitely stopped. It was very weird. I poked my head out in the hall after some...measure of time...and it was dark. Wat. Let's do the time warp agaaaaaain.

I made the circuit so many times, and I still feel like I missed a few things. I never managed to circle back around to a few brands...which kinda irks me still. And other brands had lines that were more than a half-hour long. Yeahno. That is not for me.

The best part, for me, was meeting folks that I have "internet known" for a while. There were so many people that I just needed to hug. Makers, bloggers, random folks that just love polish...everyone was so friendly and open. It really was great. This was my second polish-related social event, and by far...it was the best one. I know...not much to compare it with...but it was a blast. It might have been because I had met a large portion of the folks before, that is guaranteed to put a person at ease. Tl;dr the vibe was amazing and I am looking forward to next year already. 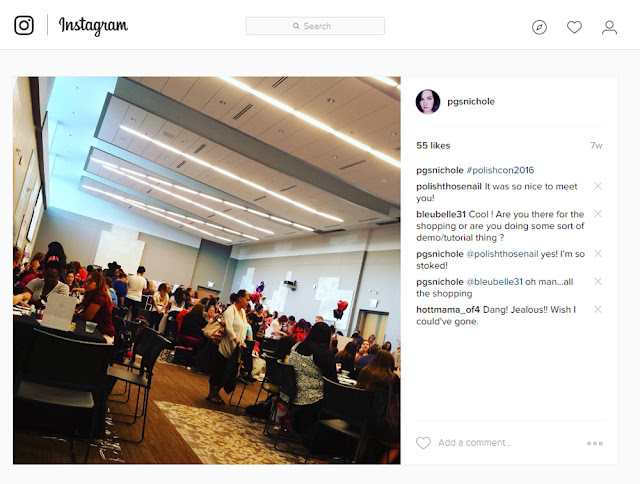 Hilariously, I went in with the idea of "Oh, I'm not going to buy much. Just a few things from new brands..."  I'll wait while we all laugh. I burned through my carrying cash pretty quickly...and then tapped into my emergency account a wee bit. I ended up bringing home fifty six bottles of polish, including the VIP bag goodies. Don't ask me which is which...I don't know. I do know that sales are dangerous things for Nichole. 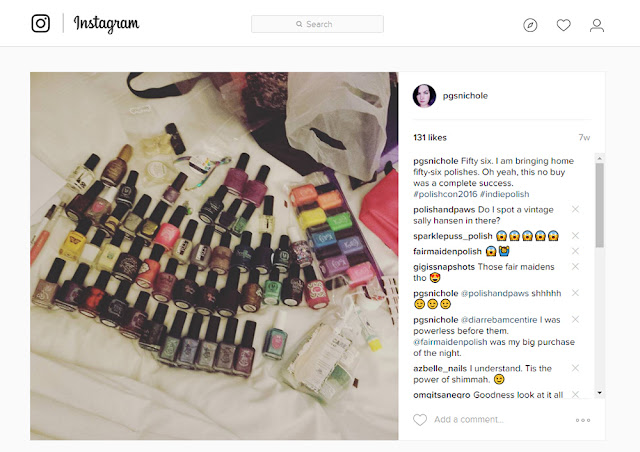 I just want to say thank you to every SINGLE person who slaved away and made this so awesome. A lot of the bloggers who volunteered got nothing but thanks, and they deserve a ton more. So thanks, y'all. You're awesome...even if I didn't make it back to the tables.

I made a slideshow of all the pictures I took at the con. It wasn't near as many as I wish I had taken...but it gives you an idea of the spread these brands laid out for us.

Now, I know that I have waxed ecstatic about the Con here, but it wasn't without hiccups. I do have some thoughts from a customers perspective that I am going to share because this is my blog and I said so. 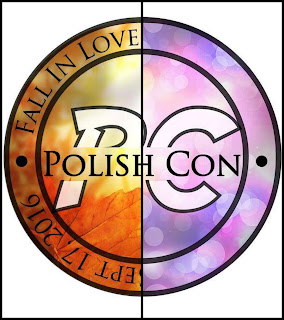 There is another one coming to New York City in April. Check them out on Facebook to learn more. I wish I could go to NYC...but I am hoping for #PolishConSeattle2018. Who is with me?