Posted by Nichole C. on November 07, 2016
When I first saw this Literary Lacquers shade, I knew I had to do something fun with it. In my continued efforts to broaden my horizons, I decided to try and do a water marble...with a clear polish. Everything went better than expected. 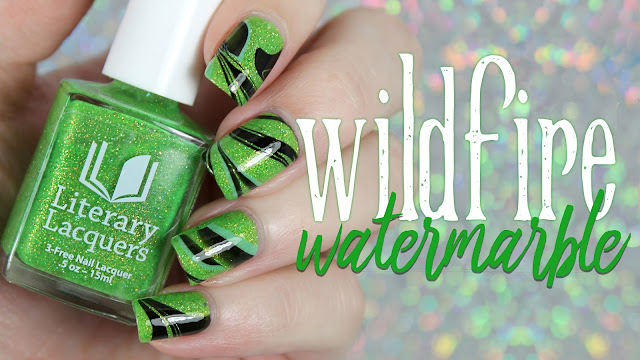 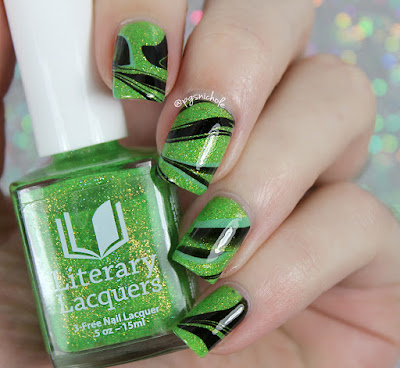 I wasn't sure how this would work. I knew that if I tried to use Long May She Reign in the water, the base and the glitter would split apart...which might look cool but wasn't what I was going for this time. Instead, I decided to throw caution to the winds and use it as my base.

The W'n'W clear spread better than I expected, though I recommend using the black first just so you can see the edge of your polish puddle. I threw the pale blue in there just for the hell of it. I like how it sort-of bleeds out into nothingness, especially over the vivid lime. 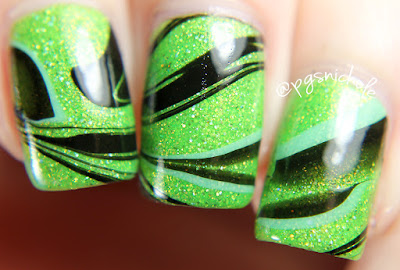 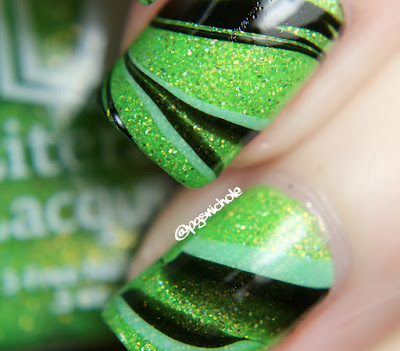 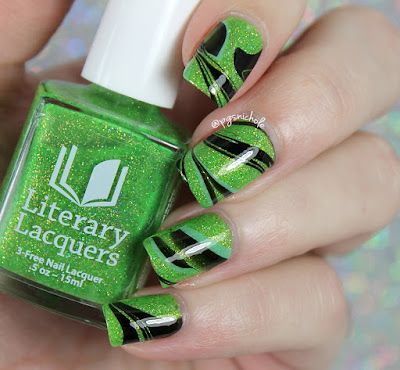 Have you ever used a clear polish to marble? It is an intimidating concept, but definitely worth trying out! Especially if you have a wild base like this one to show off.
China Glaze indies Literary Lacquers nail art nails water marble Wet'n'Wild