B Polished Lethe | The Halloween 2016 Custom

Posted by Nichole C. on October 21, 2016
Halloween is the most wonderful time of the year. I don't give two flat cents what some stupid song says. I try to do something special each year to commemorate my favorite holiday, and while this year isn't as big and extravagant as last year...it is still pretty special. I teamed up with Francine of B Polished/The Polished Mommy to create something amazing. 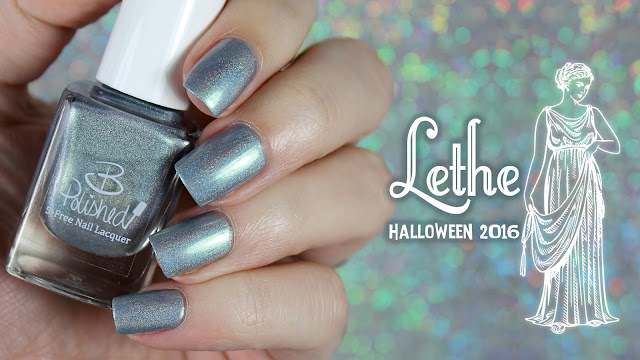 Lethe (pronounced Lēthē) is one of the five rivers in the Underworld in Greek Mythology. It is considered the river  of forgetfulness. Souls were made to drink from the river before reincarnation so that they would forget their past lives. It bordered Elysium, and was said to lull the dead to rest. It was even mentioned by Dante in The Divine Comedy. Tl;dr it helps you forget...like Space Honey.

Lethe is also the goddess of forgetfulness and oblivion. (Perfect for me, really.) She is a daughter of Eris, and definitely the least miserable of all her sisters.

Reading stories and snippets about this goddess definitely gave me a ghostly feeling. I told Francine what I was kinda looking for...and somehow she managed to create something perfectly magical. This pale sea glass blue holo has tiny silvery flakes and a soft green shine. The slightly metallic formula is really nice, and I used three coats here plus a layer of Seche Vite for opacity. It was pretty opaque at two coats...but better safe than sorry. 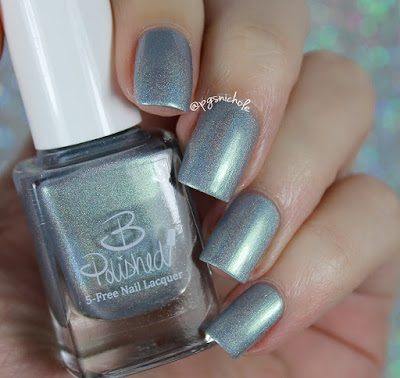 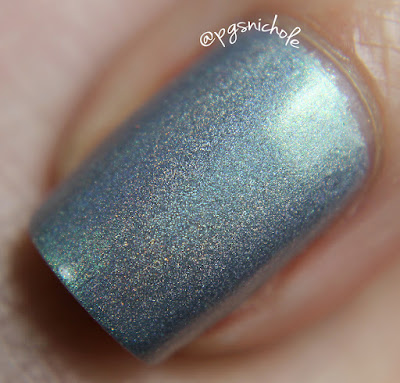 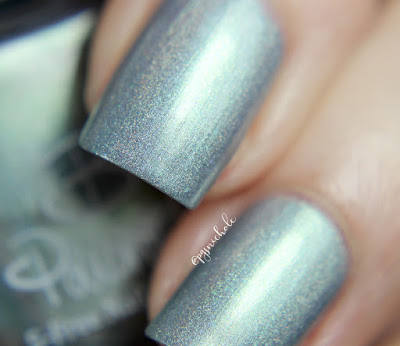 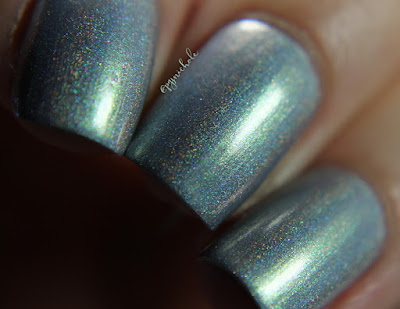 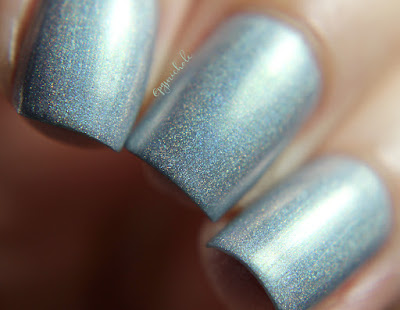 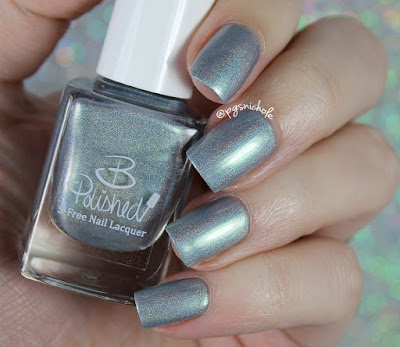 Now for the good part! Normally, my Halloween offerings tend to be One-or-Two of a kind, but not this year. This shade came out so perfectly in tune with what I had in mind that it will be available for sale, albeit in very limited quantities, once my giveaway is over. Oh...and did I mention that there will be a second giveaway in the B Polished Fan Group on facebook? Yeah...even when we go small, we go big around here.

So enter! Good luck! I'll be announcing the winner next week!