Posted by Nichole C. on May 04, 2016
Octopus Party Nail Lacquer is bringing us bright things. So deliciously bright and juicy, I had to create a new season just for them. Welcome to Sprummer. It's a thing now. 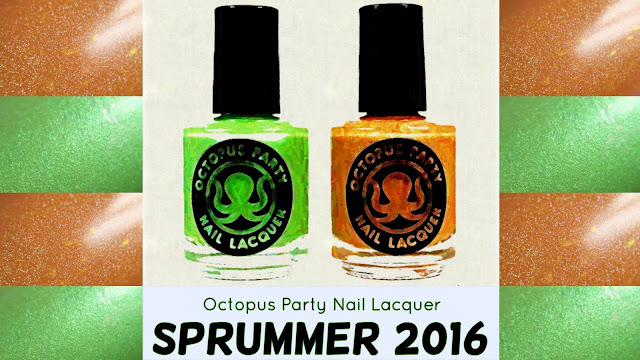 This vivid shimmering green is has a soft, coppery edge and is filled with fine gold flakes. It is such a hard shade to describe. It is definitely fruity. It's like a sour-apple-honeydew-pale-kiwi. Yeah. I am Captain Descriptor! But really, its just a pretty, gentle bright green. I used three coats here + one sponged coat...but I probably didn't need that third coat. Nor the sponged coat...though it did bring the flakes out to the front in real life. 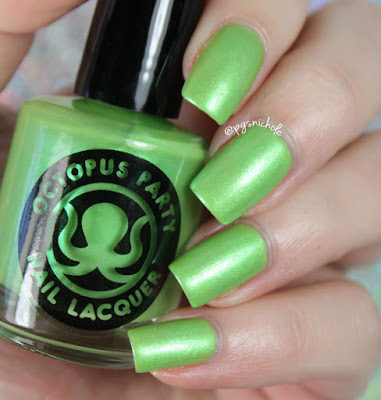 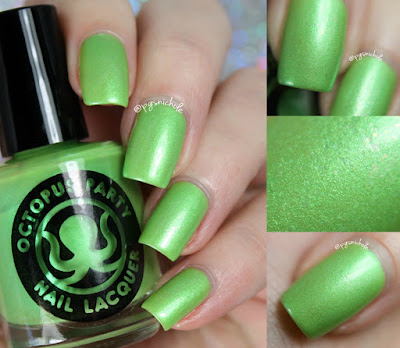 You Got the Zest of Me
I had a whole bunch of really stupid names for this polish...and Dave chose this. Hmmph. I guess it works. This is a dusty orange holo filled with iridescent firey flakes. The formula is a bit jelly-ish, which makes the flakes dance like little sparks across the nail. I used two coats plus a layer of Seche Vite here. 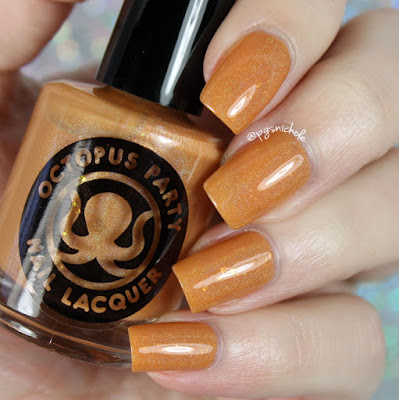 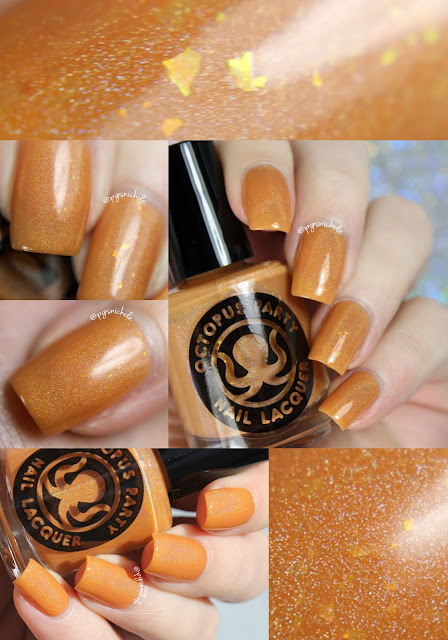 These were on pre-order this weekend, but I would still take a peek in the Octoshop. You never know whats going to pop up there!
holo indies nails Octopus Party Nail Lacquer swatches 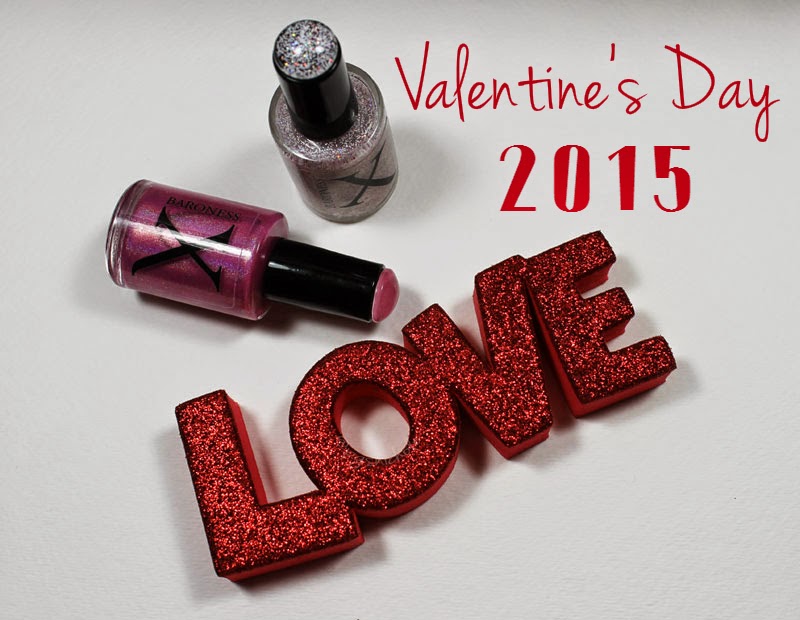