The Planets, Expanded: The Pleiades

Posted by Nichole C. on April 13, 2016
I always planned to expand my Planets series. It is one of my favorite bits of nail art that I have ever done, and I am very proud of it. But reality gets in the way of our best-laid plans...and I never managed to get on with the planned expansion. Until now. I am cranking the series back up, and I am starting with a constellation! 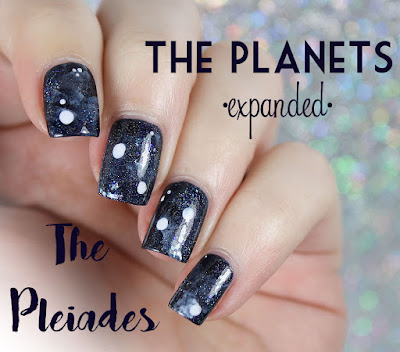 I am a huge nerd. I admit it, happily. Space has fascinated me since I was a kid...hell, it is 3/4 the reason I fell in love with Star Trek. Anytime I can combine my love of spacey things and nail art I am a happy camper. 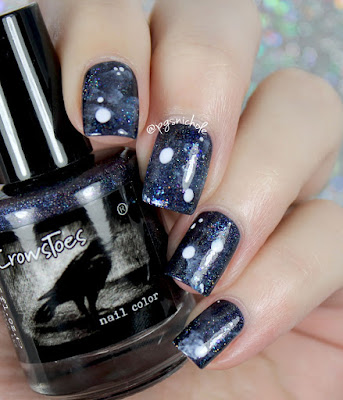 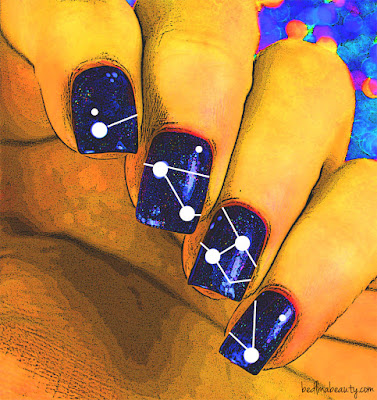 The Pleiades, also known as The Seven Sisters, were the daughters of Atlas and Pleione. After the Titans fell and Atlas was forced to carry the earth, Orion chased the lot of them. In an uncharacteristically compassionate move, Zeus transformed them into stars to comfort their father.

The constellation is one of the nearest to us, though from my light research no one can seem to agree on exactly how close, though 400 light years is right around the least-argued distance.

It is one of the most commonly observed constellations in the night sky. Almost every culture has its own name and mythology for it. It is mentioned in almost every major religion, including the Big Three monotheist disciplines. In "modern" western science, Galileo was the first to view it through a telescope, and his drawings actually show 36 stars. I didn't have enough fingers to draw 36 stars. 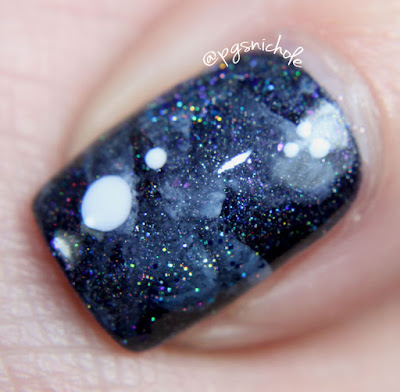 I really love how this one turned out. I think it is a great galaxy manicure even without the whole detailed recreation thing I tried to do. I definitely feel like I am getting the swing of this science-lite business! What do you think, am I going to far?

Want to learn a bit more? Check out these links, I found them very helpful!