Posted by Nichole C. on March 07, 2016
If you don't know by now that Baroness X is amazing, then I don't know if you've been paying attention to me all these months. She is. It is known. Today I have a fabulous custom polish inspired by Melissa of My Lacquer Cabinet's "Polish from a Picture" series. I am saying it is my favorite...but I am also saying that I am completely biased. 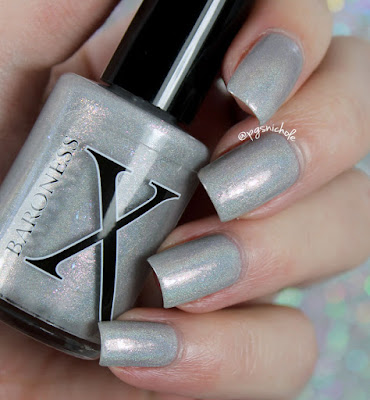 This stunning shade was inspired by possibly the most chilling picture I have ever seen. A poor, abandoned husband...sitting alone on his ice-couch. In May. I don't know how I feel about this at all, guys. The weather, I mean. I know exactly how I feel about a gray holo...

Sofa King Cold is a silvery gray holo filled with twinkling pink microflakes and a sprinkling of periwinkle microflakes. It is simple and sophisticated while still having that complex ethereal quality that we have come to expect from the Baroness. I used two normal coats plus a thin layer of Seche Vite for these pictures. 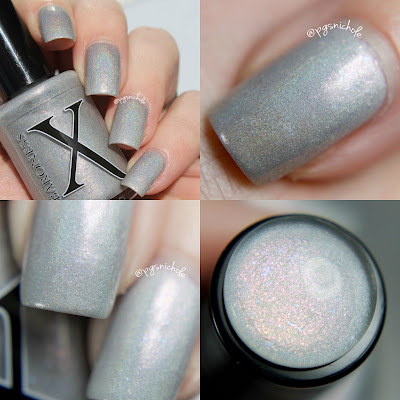 And of course, this post would be nothing without stealing a picture of Melissa's fabulous nails. I like this polish on me, but obviously it was meant for her. Just look for yourself: 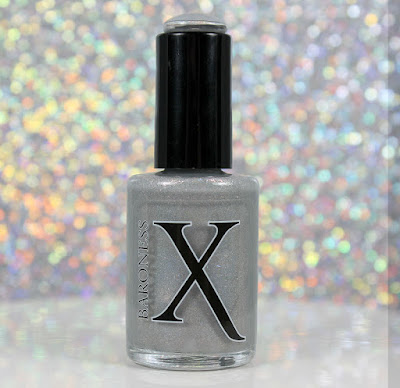 This hilariously named shade is available now in the Baroness X shop! While you are there, I highly recommend the matte cuticle balm too!