Posted by Nichole C. on March 10, 2016
When it comes to sparkle, no one outshines Glam Polish. And when the inspiration is some sparkly, friendly ponies...you can bet that the final product will be blindingly spectacular. 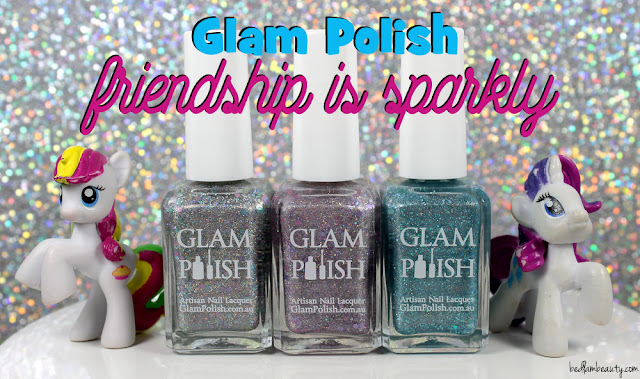 This is a super holo glitter bomb of pastel circles and  ultra holo glitter all in a lightly tinted holo base. It is the glorious princess I always knew I could be. I am slightly biased, because circle glitters make my heart pitter-patter, but this is just wonderful. I used two normal coats for the pictures below. 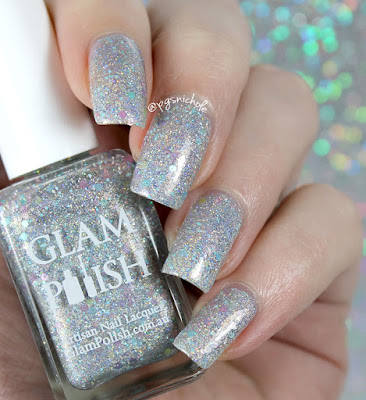 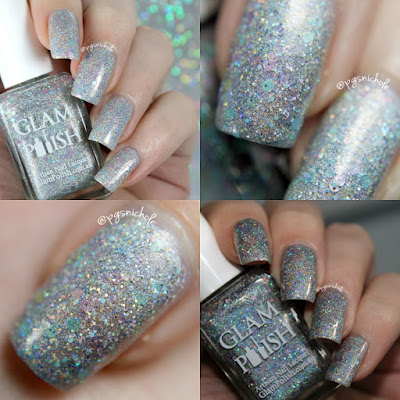 Bridle Gossip
This sucker is a blue super holo ball of awesome filled with aqua circles, iridescent hexes, and holo glitter in a pale sky base. For this one, I used three coats, but I don't think I needed to. My indoor lighting had changed, and I couldn't tell if it was opaque enough...but it probably was. This one was a hit with my five-year-old...and she's wearing it now. 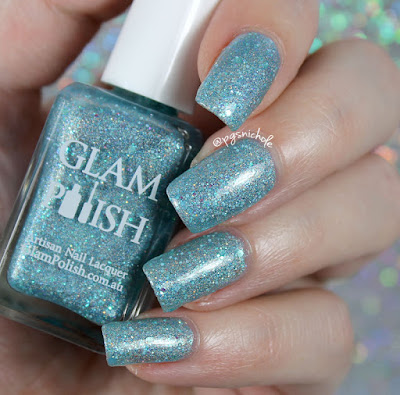 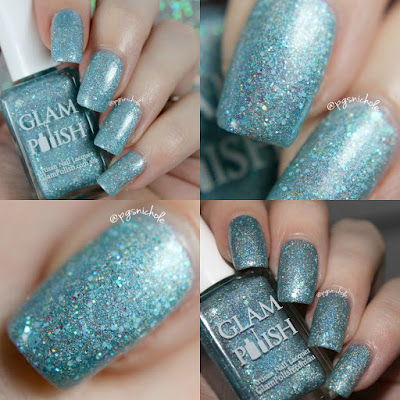 Pink Fluffy Unicorns Dancing on Rainbows
I don't know if you are in the fangroup, but Miss Rachel mentioned that one of these polishes was named by a certain young lady named Charlie...well, that would be my Charlie. She is an MLP aficionado, so when it came time to name these suckers you can be sure I enlisted her help. She immediately threw this name out and it was an immediate hit. Being the old mom that I am, I had to have it explained to me.

This polish is delightful, and actually pretty subtle and subdued for a crazy glitterpocalypse like this one. Rachel really outdid herself here. Pale pink circles, electric iridescent glitter, holotacular. I used two thin coats here and it was perfection. 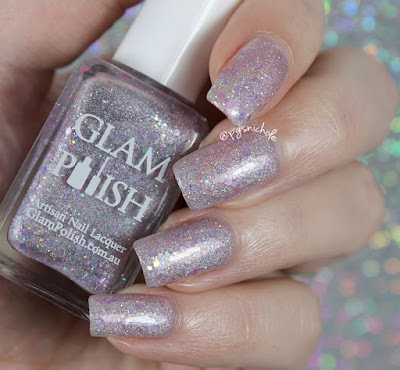 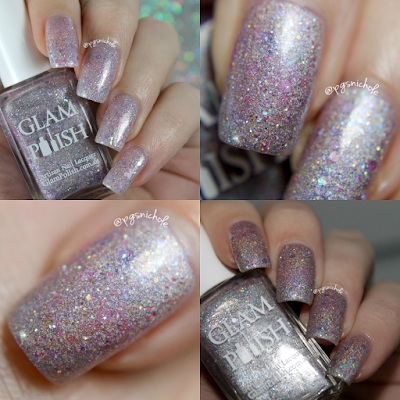 listen at your own risk This trio is delightful! It is also limited edition. It is available as of March 4th in the Glam Shop. If I had to pick a must-have, it would definitely be the Pink Fluffy Unicorns Dancing on Rainbows. That one is just...magic. Which one would you pick?