Creme a la Mode #3: Do they Water Marble?

Posted by Nichole C. on March 31, 2016
I am not a marbling professional, but the Creme a la Mode colors were screaming at me for some more challenging art. The hardest thing for me these days is water marble...so I decided to try. If I can make it work, anyone can! 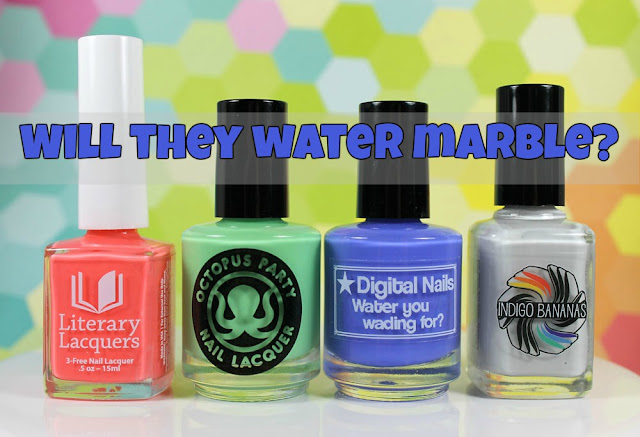 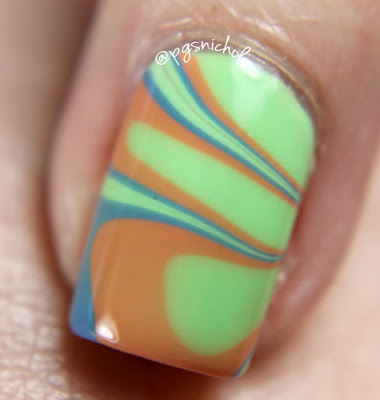 It's not terrible! I have probably done less than a dozen water marbles ever, and this is my second in the last few years...so I think its a win. My first two tries were...not awesome...as evidenced by my index and middle finger. But that ring and pinkie...hotdamn. It looks like I know what I'm doing! Success!

I posted this adorably demented example on instagram the other day: 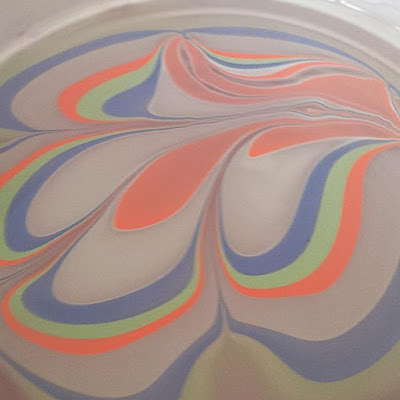 Here are all my wonky fingers, with each bottle. I did use the gray, but as I had the OPNL on as my base...well, yeah. Noob mistake right there. Next time I will use the gray as my base, for sure. But they work. Wonderfully! 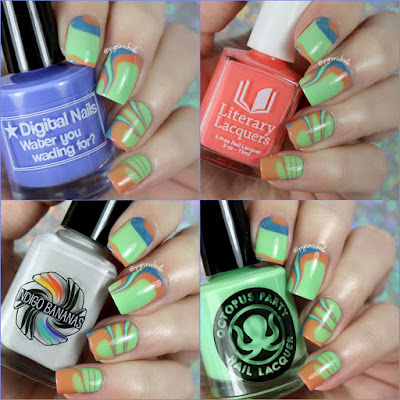 Let's just look at that ring. It looks niiiiiiiiice. 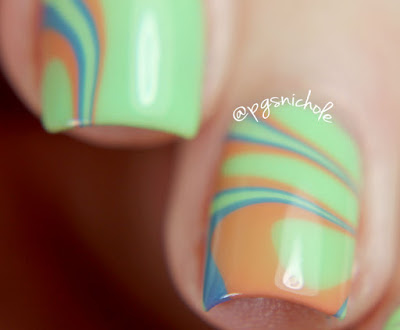 The box is available for pre-order still! I know, I know...spam city. But the quartet is so cheap. and there is no restock fighting, and they are so much fun! These will eventually be released by each maker in their shop later in the year, so this isn't your only chance. But I can't pass up a deal. I just can't. 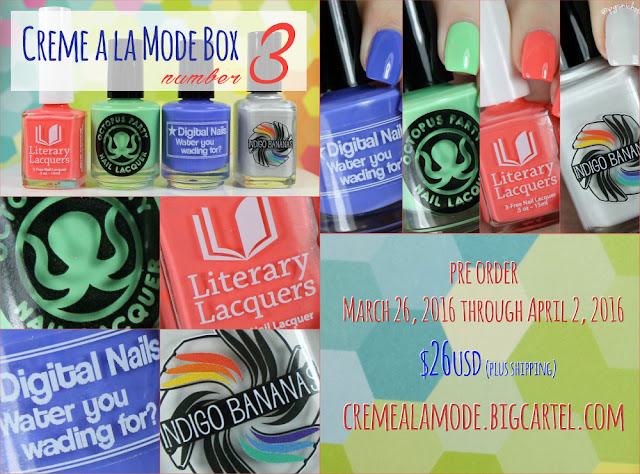