Posted by Nichole C. on November 20, 2015
Did you know that November is Diabetes Awareness Month? Yeah...I didn't either.  According to the CDC, more than 29 million people are living with diabetes in the US...and many don't even realize it. Keeping an eye on your blood sugar is super important, and everyone should be thinking about it. 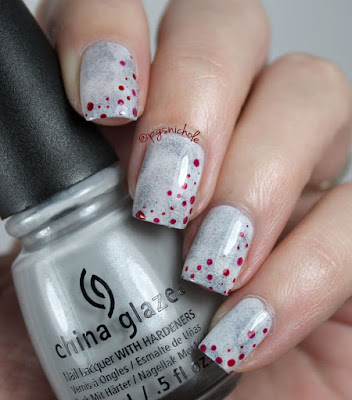 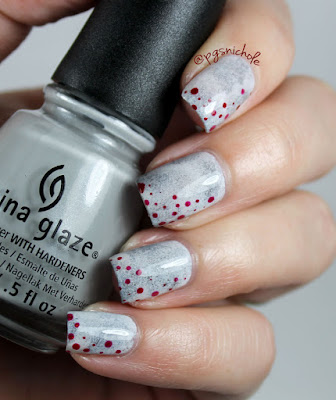 I had Gestational Diabetes during my last pregnancy, and while it was happily controlled through a very strict diet, it still sucked with the force of a thousand vacuums. I had to test my blood multiple times a day, and after three months, my fingers looked like I spent my days dragging them across a cheese grater. There were definitely tears in the shower, y'all. And now, thanks to my horrible pancreas, I am at an even greater risk of developing diabetes as I get older.

As the not-so-officially official colors seem to be gray and red, I decided to do a seriotype because I am totally obsessed with them they are easy and fun. I used the red dots to show what my poor fingertips felt like after a few short weeks of testing my blood. I topped everything off with a generous layer of seche vite. 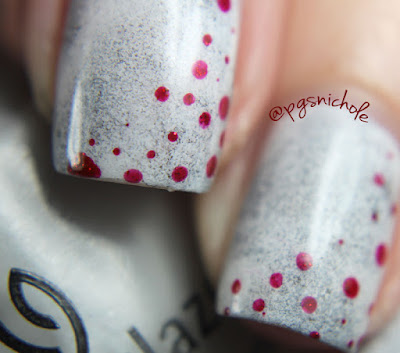 I am not the only one trying to call attention to this horrible disease, check out my partners in crime, and maybe consider what your blood sugar might be...especially if you aren't as active as you should be. Your pancreas could be plotting against you as we speak.