Posted by Nichole C. on October 15, 2015
(promotional samples ahead)

So...in case you were unaware. I am a huge Anne Rice fan. I will read pretty much anything she writes (under her own name)...and that has been the case since I was a young teenager. So when Demi of Baroness X asked for naming suggestions for a vampy Fall duo...well, I knew just which two names to suggest. 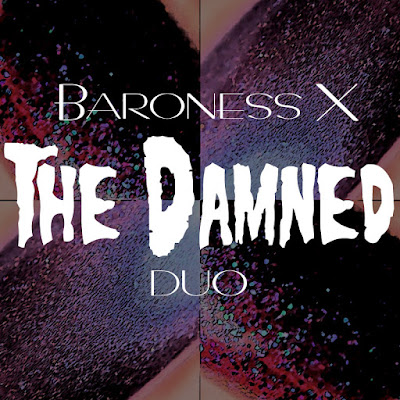 This is a deep vampy plum jelly filled with shifting duochrome glitter. It is also filled with iridescent flakes that simmer behind the dense glitters. I used three whisper thin coats + Seche vite for the pictures below. Like a lot of duochromes, this shade would also look amazing with a matte coat...but mine is currently stolen by my soon-to-be-sold children missing. Matte would make it easiest to catch the on camera, but the glossy look helps the glitters and flakes just scream in person.

Maharet is the sightless sister. She is the one who has, through the ages, followed her family tree and kept a watchful eye out for her descendants. I won't describe her any more than that because spoilers. 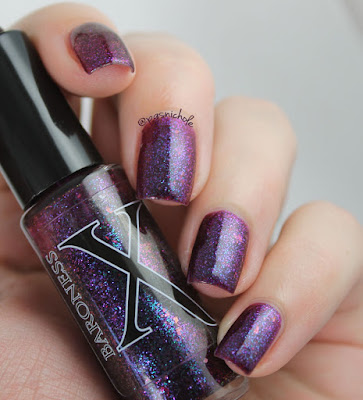 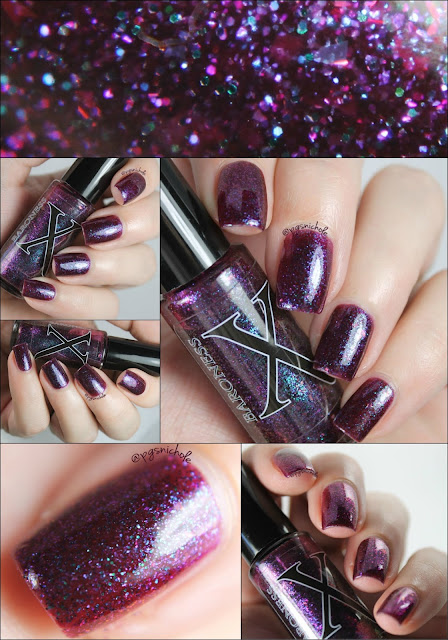 Mekare
This is a dusty maroon duochrome with a pronounced icy blue shift. It has a wash of scattered holo and some delicate cool iridescent flakes peeking out here and there. I think this is almost sfw in some lights, as the maroon leans a bit plum at certain angles. Its so hard to explain...lets just look? Oh, and this was a two coater too, which is always awesome for shifters like this.

Mekare is the silent twin. Her tongue was removed as punishment, and she has spent the last few thousand years quiet and alone. It might have made her a little nutty...but you'll have to read the books to find out. 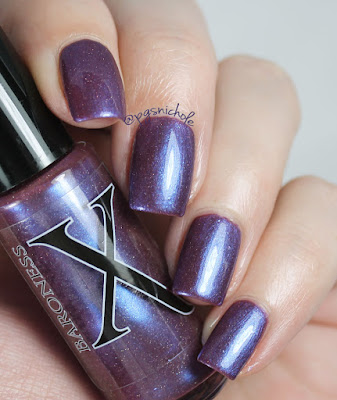 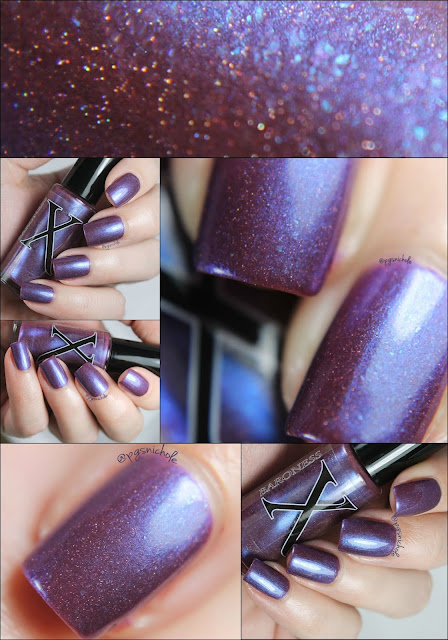 So what's the verdict? Are you a fangirl like me for the Brat Prince and his universe? Or do you just like a good duochrome and glitter? If you could name a polish after your favorite character, who would you pick?