Posted by Nichole C. on September 18, 2015
promotional samples ahead

Just when you thought that you had seen the most beautiful multichromes that Baroness X could possibly produce...here comes Part Two. 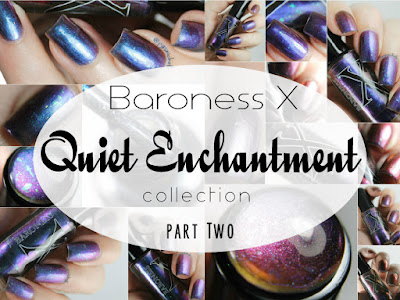 part one can be found here

Glimro
An icy multichrome, not unlike Glisk but without the holobomb, that has a fuchsia, navy, and purple shift. It is stuffed with shifting green flakes and reminds me of watching wee little fishes dart around flood lights. The formula is like butter, and I used two medium coats for the pictures below. 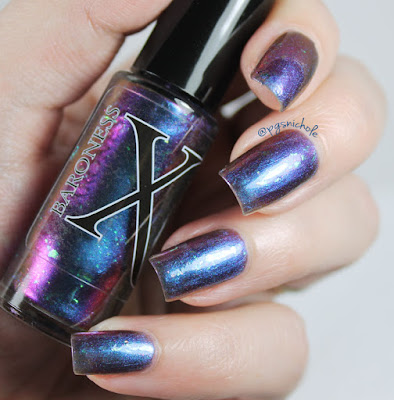 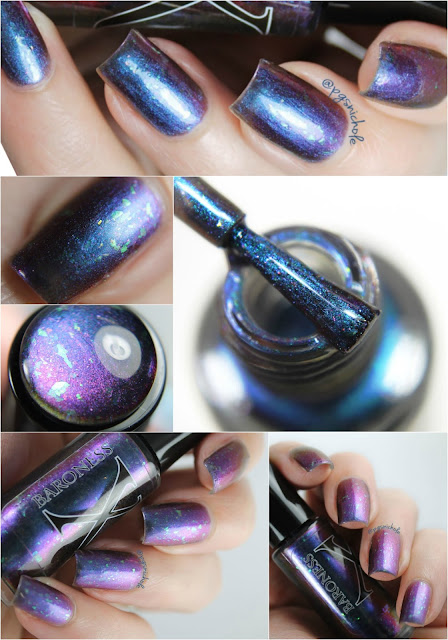 Maril'd
This color is really nostalgic for me. The dominant color reminds me of that violet from WnW that every seventeen year old girl had...and then it shifts to a dark ruby/copper/rust/orange. Basically...fuckyeah multichromes. The green, iridescent flakes glow like chunks of opal. The formula is super smooth and I used two medium coats for the pictures below. 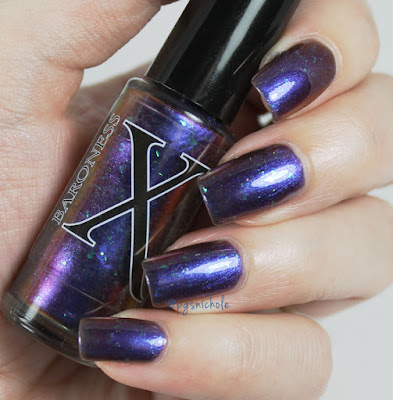 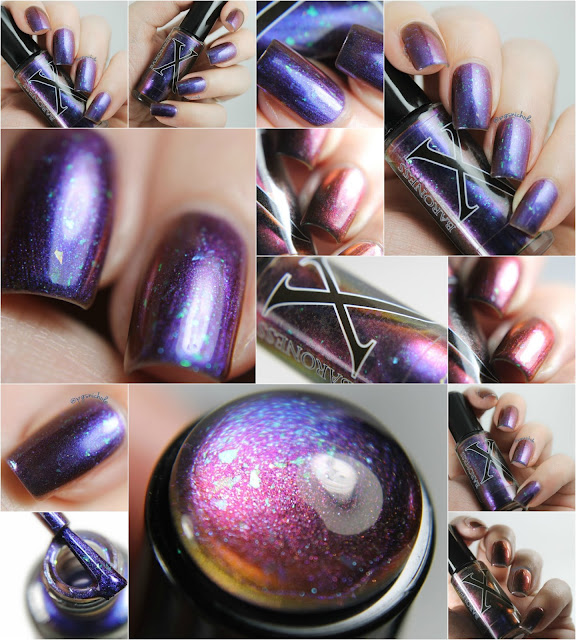 Is this the most magical menagerie of magnificent multichromes you've ever seen? I don't know if I could pick a favorite...but it might be Maril'd. This collection is available today over at the shop! Which one is your favorite?