Posted by Nichole C. on July 29, 2015
promotional samples ahead


Attention wizards, witches, and magical creatures...or anyone who just likes shiny things! Firecracker Lacquer has come out with an amazing collection paying homage to the beasties of the wizarding world. It is a collection of seven glamorous shades that will be released on July 31, 2015 (6pm mst)...just in time for a certain bespectacled wizards birthday celebration! 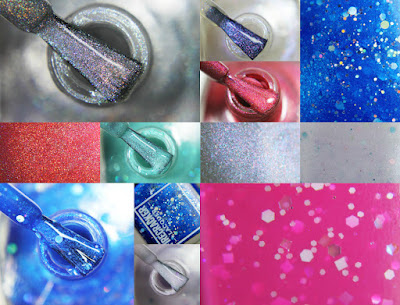 This glorious royal blue almost metallic jelly-ish shade is stuffed with holo circles and hexes. I used three paper thin coats, but I think that if I weren't taking pictures I might have used two medium coats and been fine. There is a slightly aqua pearliness in there that keeps this from being anywhere near an average. 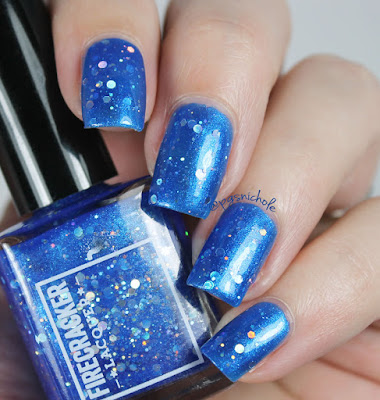 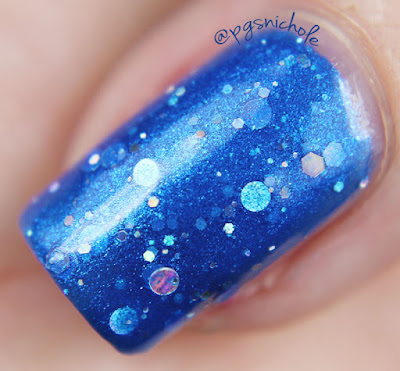 This numinous lacquer is blended for the niffler – a treasure hunting beast attracted to anything and everything shiny or shimmery.

This delicate warm lilac pearl has all sorts of cool blue, aqua, white, and purple hexes. I used two normal coats and a coat of SV. This is such a pearly shade, and yet there were no brush strokes to deal with here. Hooray! The mix of sizes and colors keeps this manicure interesting...and definitely something you'd see in a treasure trove. 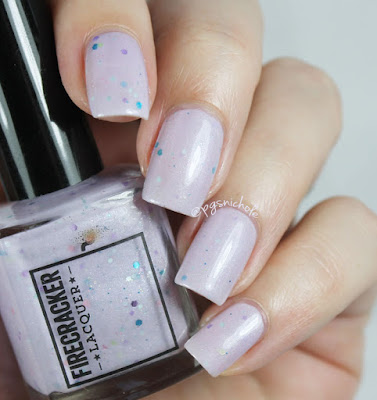 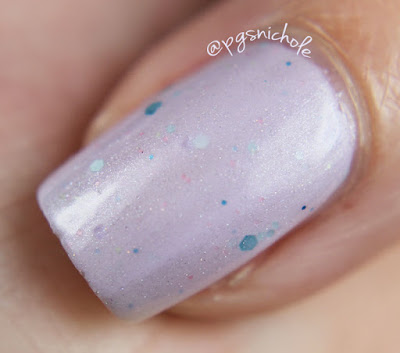 Dragons Can Be Pink, Too

This delightful lacquer is created for dragons – giant winged, fire breathing beasts – though pink dragons are a less represented subset of the species.

Oh fuchsia. Can you guess which polish in this collection is my favorite? If you guessed this one...you'd be right. This is a perfectly magnificent fuchsia jelly with a scattering of square and hex shaped glitters of all sorts of colors. I used three thin coats to give it that really good squish, and I was not disappointed in the least. I feel like I can't be completely objective here because this color is my perfect fuchsia: just warm enough and just cool enough...but not too purple nor pink. Sigh. 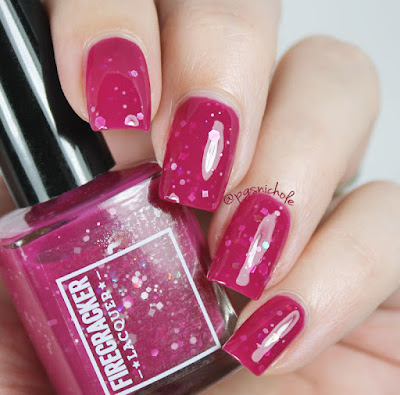 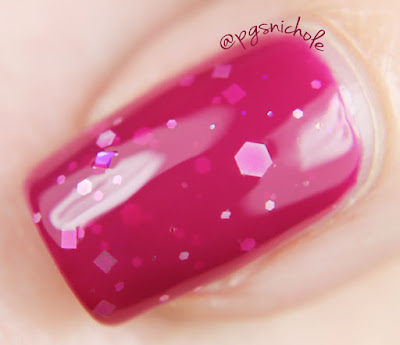 Not So Pretty After All

This magnificent lacquer is designed with merpeople in mind – beasts that live underwater and have wondrous singing voices, but are not quite as they seem.

This is an aquatic aqua shade with metallic teal and white hexes floating throughout. I used three very thin coats here to show the true depth of this polish and topped it with a layer of SV. If any other polish was so damned on the money with the inspiration...well, I dare you to show it to me. I immediately think of merfolk when I see this shade. I feel mysterious and possibly nefarious while wearing it...and it doesn't hurt that I love a good aqua. 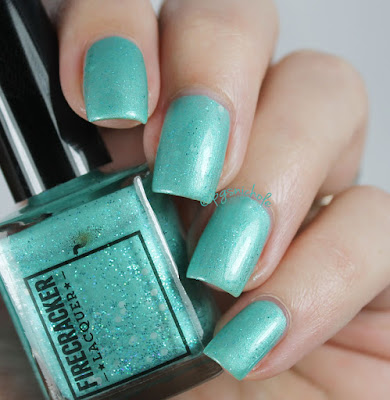 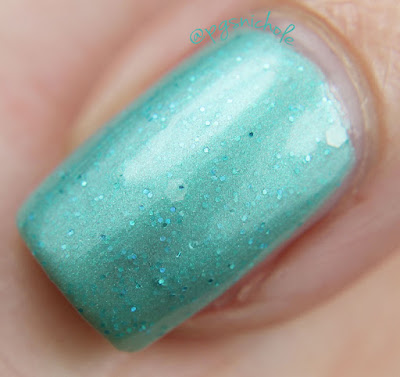 Power of the Horn

This unearthly lacquer is based on unicorns – wondrous and incredibly rare beasts whose blood can provide extended life to a person, though at a cost.

So...holy shit ya'll. This frosty/foily/shiny/magical silver polish has an incredibly strong linear holo...even indoors. I used two spare coats plus my customary layer of SV here, and I was so pleased. And then the sun came out. This might officially be my favorite silver ever. Most silvers look...icky against my cool-toned skin. But the holo keeps this from being blah, and somehow makes it suit me more. The only other silver that I liked near-as-much was that Gwen Stefani silver...and this one won't rub off while I'm folding towels. 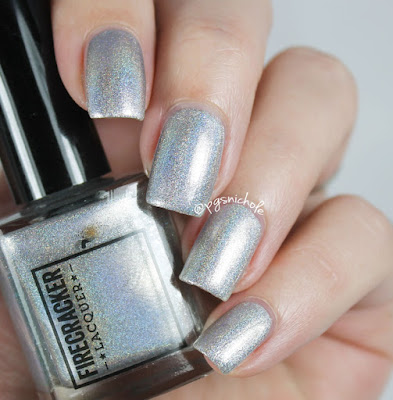 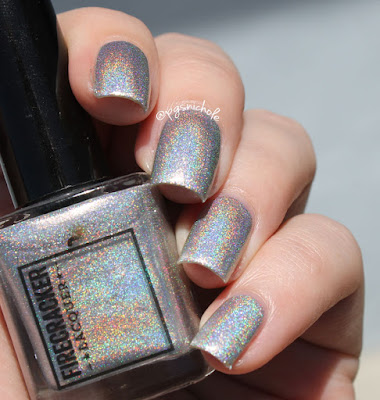 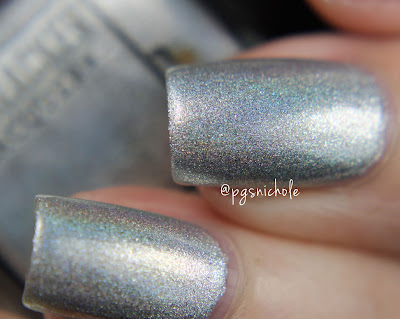 Arise From The Ashes

This fantastic lacquer is based on the phoenix – a loyal beast with healing tears, who burns into ash on its Burning Day, only to arise from the ashes and live again.

This is a deep warm red linear holo. I was able to get it opaque in just two coats plus a layer of SV. It is the perfect Gryffindor color. In the sunshine the holo brightens it up to a maraschino cherry shade. It is hard to not love quirky, multipurpose shades like this. If you like warm reds, then put this sucker on your wishlist. 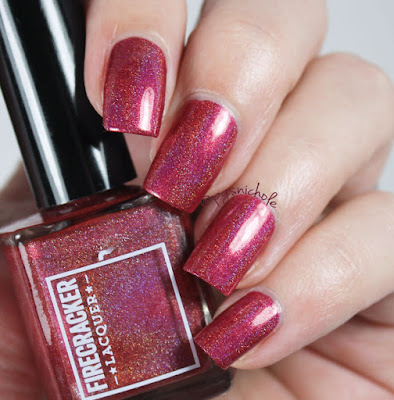 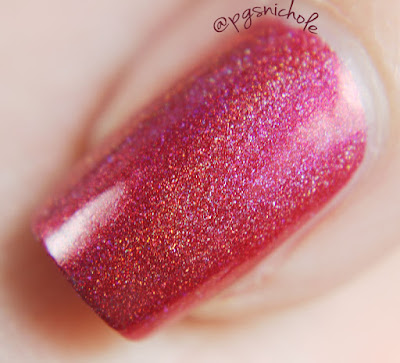 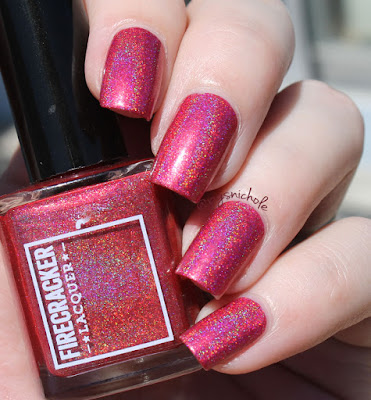 This thrilling lacquer is created for thestrals – a magical beast that can only be seen by people who have seen and understood the death of another person.

What is an HP collection without some sort of transformative magical topper? A terrible one, thats what. Its a good thing we have this delicate slightly milky topper. It is almost overfilled with shifting iridescent flakes and bits, perfect for giving any manicure that ethereal glow. I used two coats below, and really I think this sucker is just as dense at a single coat. Even though it is practically dense enough to be used to make privacy glass (actually how cool would that be?), it dries flawlessly smooth on the nail. I used it over a delicate pink-indigo gradient (both from this collection), and I definitely feel a little other-worldly. 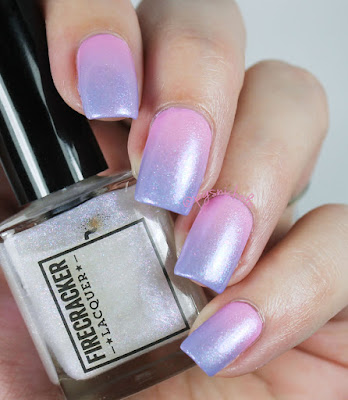 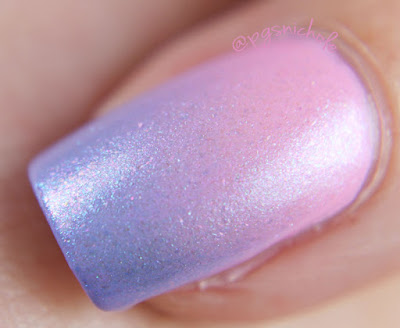 From the press release, in case you missed it!

The collection will be available Friday July 31st at 6pm MST (happee birthdae Harry!), at www.firecrackerlacquer.com. There will be seven polishes in the collection total, with prices ranging from $9.50 to $11.00 per bottle. Also available in the store are all previously released polishes, nail gems, and rhinestones.

Do you have a favorite here? I am over the moon for Dragons...but that silvery shade plucks at my heartstrings as well. If you had to pick just one, which would it be?