Carpe Noctem Cosmetics Beyond the Clouds

Posted by Nichole C. on July 20, 2015
promotional samples ahead 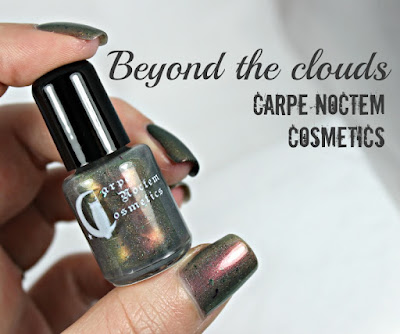 Emily from CNC is a damned genius. She is. I think she is one of the most under-rated long-time brands out there. I was lucky enough to get an early bottle of the anniversary color, and now I get to share it with you guys! And let me tell you...it is just awesomepants. 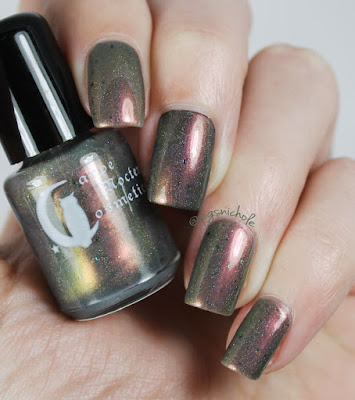 I used three thin layers of Beyond The Clouds on all my fingers except my middle finger, which I layered two coats over black. (Which it doesn't need, btw) This color is a shimmering golden olive with a pink-brown shift. It has a delicate rainbow holo effect and tiny multichrome flakes. What a way to celebrate an anniversary. 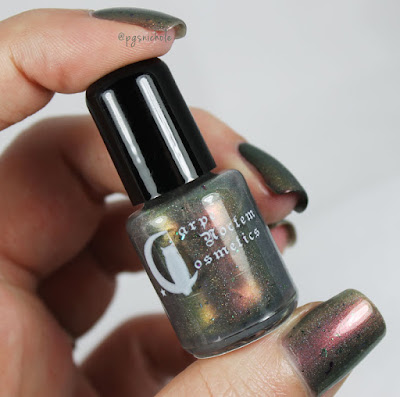 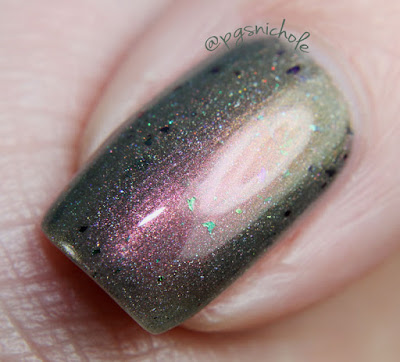 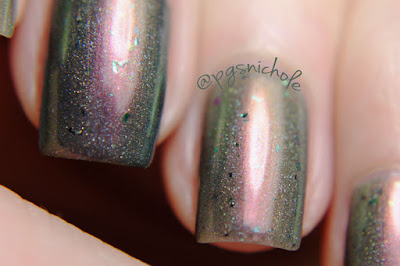 I would definitely call this shade SFW, if you can wear olive-ish tones without causing a ruckus. The flakies and rainbows are very tastefully subdued, especially in your average-lighting office. But I think this would also be a fabulous beach-combing/late night partying shade as well...do you younguns still go out and "party"? 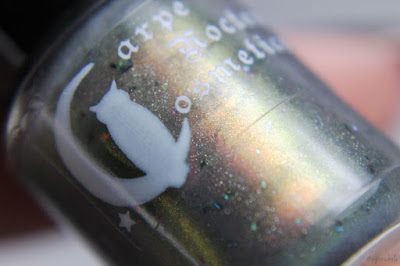 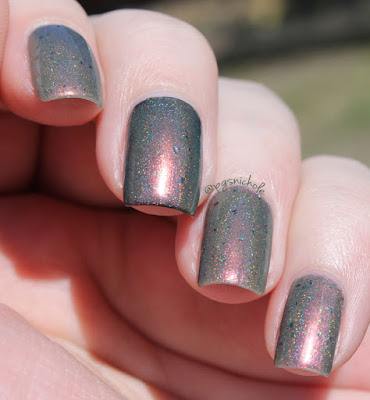 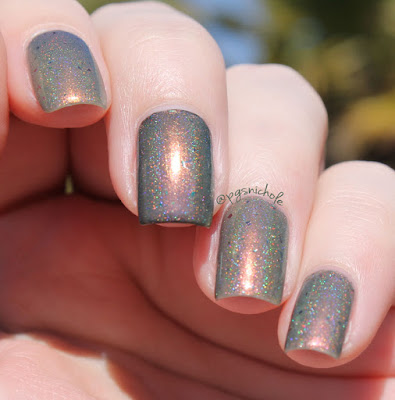 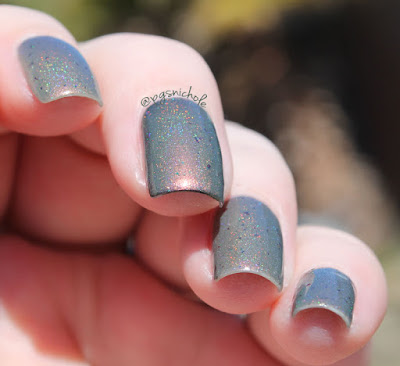 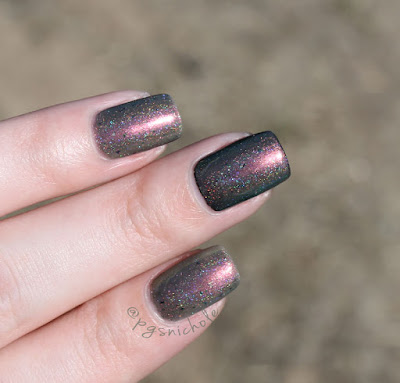 So head on over and grab this amazingly sfw chunk of awesome!