Summertime is the time of neons. They are everywhere. I'm not complaining, because I love neons. My blood is neon, thankyouverymuch. I am pretty sure everyone born between 1978 and 1988 has neon running through their veins whether they like it or not. But neon creams are practically normal now, it is time to find a new frontier. Baroness X has declared that the new frontier is jellied THERMAL neons. Oh yes. I am on board for this. 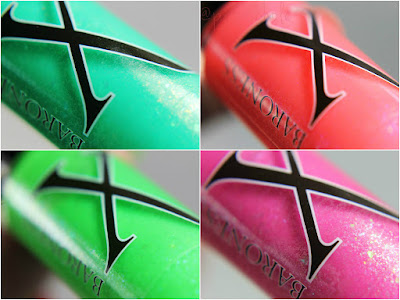 Aphelandra
Aphelandra is a warm toned pink-to-coral shade stuffed to the gills with purple and warm iridescent flakes. It is named after a beautiful plant also known as the Panama Queen. I used three thin coats (and no undies) plus a layer of Seche Vite for these swatches. Even though the flakies are ultra-dense, this was still pretty easy to work with...which surprised me honestly. I was expecting the "frothy/gummy" texture that polishes like Shine of the Times have. Happily these are easy peasy.


Maracaibo
Maracaibo is a cool toned violet-to-hot-pink filled with iridescent and green flakes. It is named after a city in Venezuela with a rich and colorful history. I used three coats plus Seche Vite for the pictures below and this shade was definitely easier to apply than Aphelandra...even though visually it seems to have more flakes. I dunno. I think this one is my favorite of the whole collection.

Tayabak
Tayabak is a cool turquoise-to-jade green shade drowning in red-orange and iridescent flakes. It gets it's name from the local name for the Jade Vine, and I can definitely see why. In the cool state it definitely reminds me of jade. I needed three coats for this one and a layer of Seche Vite here. For some reason this screams "pedicure color" to me.


OrinthGoliath
OrinthGoliath is a lime-to-yellow with iridescent and blue flakes. This one is the most omgneon of the bunch. The name is inspired by the Goliath Birdwing butterfly, and you can definitely see the resemblance. I used three thin coats and a layer of SV for these pictures. I am really trying hard not to pick favorites here...but I kinda love this one. It is ridiculously bright. My camera really hates neons. I really love them...sorry camera.


This collection is a little bit different than what Baroness X usually does. Let me explain:
Oh, and not one of these options is over $40. Fabulous and easy on the budget. 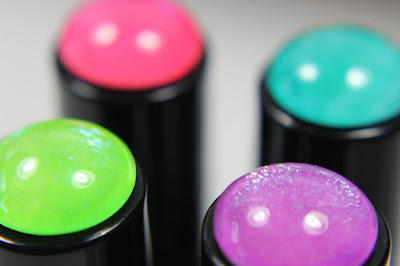 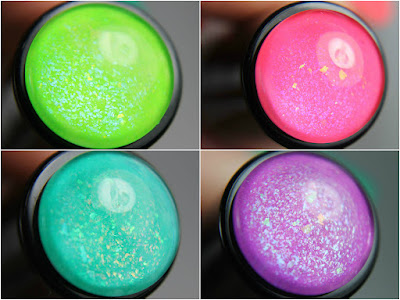 Isn't it hard to judge a thermal on pictures alone? You never really know if the change you see is enhanced with fancy lighting and photoshop. I know that the internet had made me trust very few things. BUT GUESS WHAT?! I have a terrible cell phone camera and access to youtube! I decided to make a quick video to show the change. I didn't apply top coat for this video so that I wouldn't have to make a two minute long video, but it does show that a) I can youtube a little and b) that these polishes really do change like I promise! Hooray!