Posted by Nichole C. on June 29, 2015
promotional samples ahead 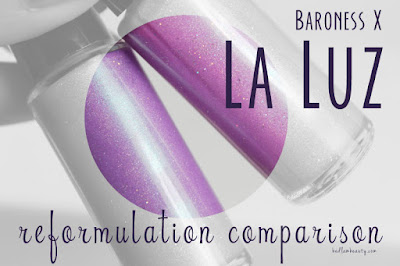 Change can be scary. Trust me, I've been dealing with tons of it lately. But it isn't always bad...and sometimes, even though you don't really want it, you end up happier in the end. It is rather fitting that I should be showing you the reformulation of Baroness X La Luz...because different and better is exactly the case here. 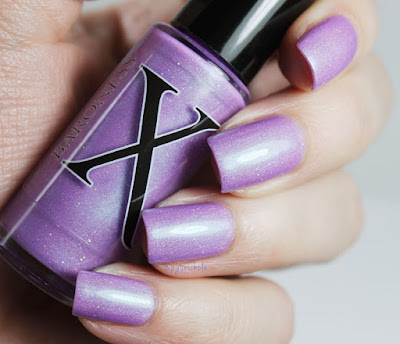 So let's look at the new version first (you can check out the old one here. Formula-wise, everything is exactly the same now as it was then). Even though this is a new color, the formula is still like painting my nails with silk. You definitely don't have to worry about that at all. If you tried the original La Luz, then you will be totally happy with v2.0. 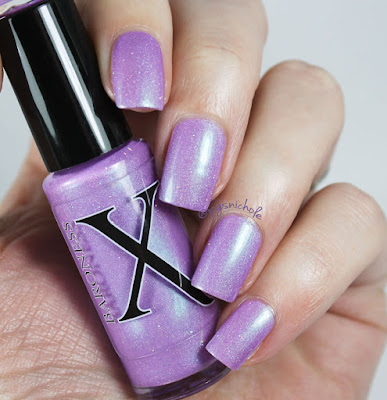 v2.0 is a coolish iris purple shimmery polish delicately sprayed with holo glitter, a slight holo rainbow...and a sky-blue shift. Because yeah...lets not make anything simple on my camera. It glided on in two coats, and I finished it off with a layer of Seche Vite. Happy fingers, all around. 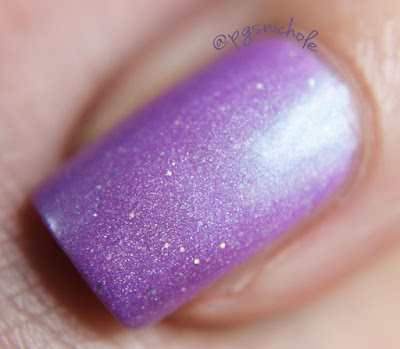 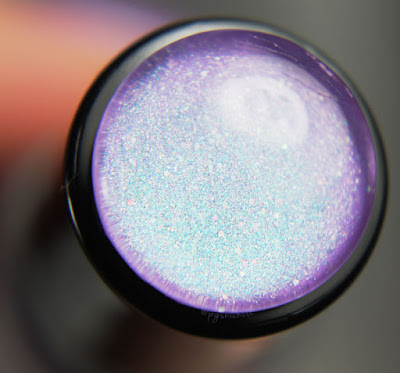 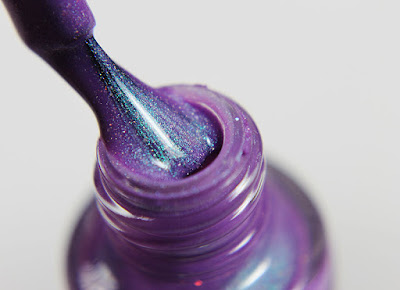 Ok, down to the fun part! Let's see these shades side-by-side! These pictures were taken months apart, but under the same lights by the same camera...it is hard to tell the difference right? 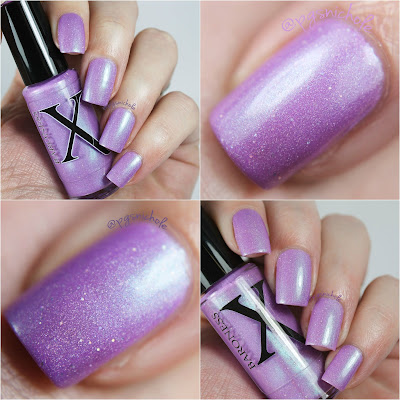 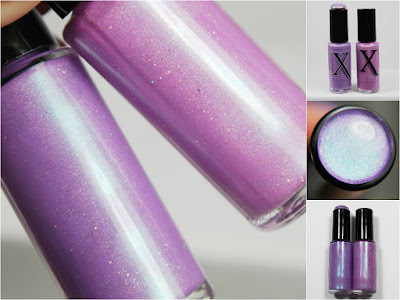 Once you see them right up against each other, you can see the differences a little more clearly. The original version is definitely a warmer shade of purple, almost teetering towards a radiant orchid shade. The new one is cooler...and a little more flattering for my skin tone, honestly.

My Final Verdict
These two shades are not strikingly different, but they are not the same. This is a subtle shift in color temperature, but I think its noticeable enough that I would have bought the new one had I not been sent the wonderfullyadorbalperfect minis to swatch. I love them.