Posted by Nichole C. on April 28, 2015
promotional samples ahead

Another important comparison today! Le Bon Marche went through a major reformulation ahead of the Llarowe Launch, and I wanted to make sure I got a good comparison out there so you guys can make your decisions quickly so you don't miss out! 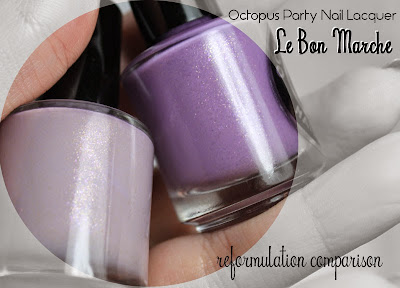 This one is part press sample and part "digging into the untried box" post. I actually bought the original Le Bon Marche from a friend in the Octosquad, and it has been waiting to be swatched for a month or two.  So when I was offered the chance to swatch the new version, I knew that a comparison post was going to happen.
Lets get to it! 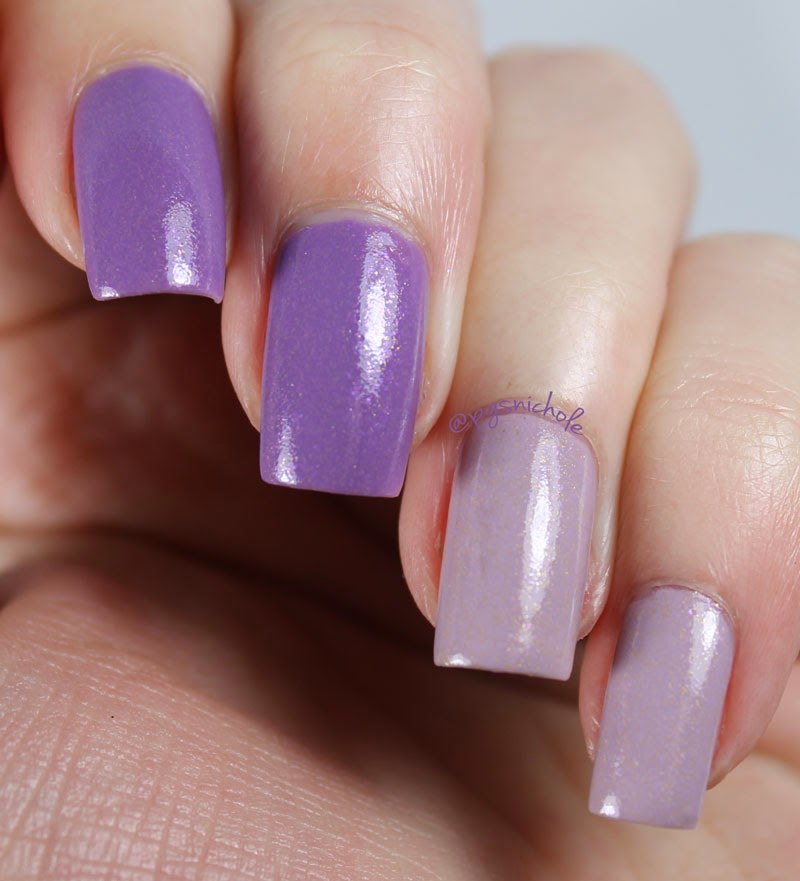 The difference is pretty obvious with this one. It has become a cooler, deeper violet now. The gold flakes and shimmery purpley-pink flakes are still there, the base is just deeper. I think that the new shade is definitely going to be a lot easier for a larger swath of the population to wear. As much as I love that pale, foggy pinkpurple...it isn't the best against my skin tone. (I love it though. IDGAF)

Formula wise, the new color is also much easier to apply than the older one. Now, in the interests of full disclosure, my bottle of Original Le Bon Marche is much older...and has done some travelling. Plus it has been very humid here, which tends to make flake-filled polishes angry and grouchy. I had some trouble getting the original one to behave nicely...whereas the new version was a lot easier to wrangle. I'll have to give it a try in a few months, to see if that makes a difference in application.

tl;dr I like the new one better, but they are different enough to own both 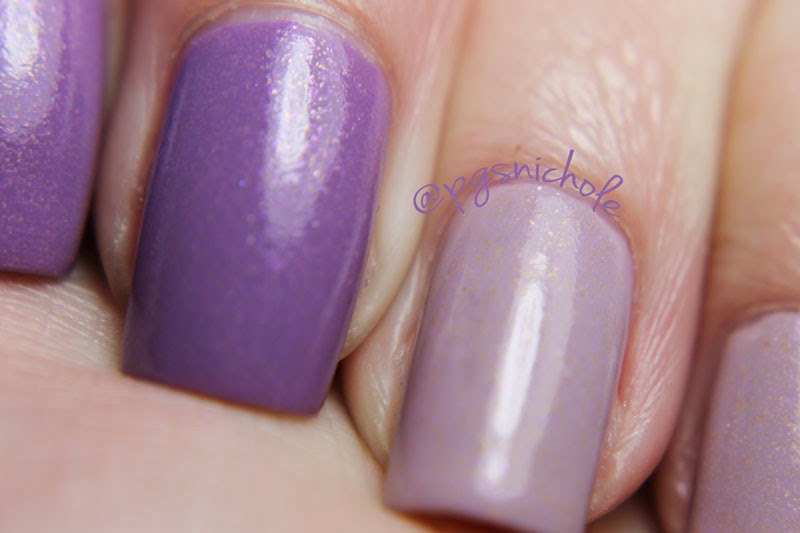 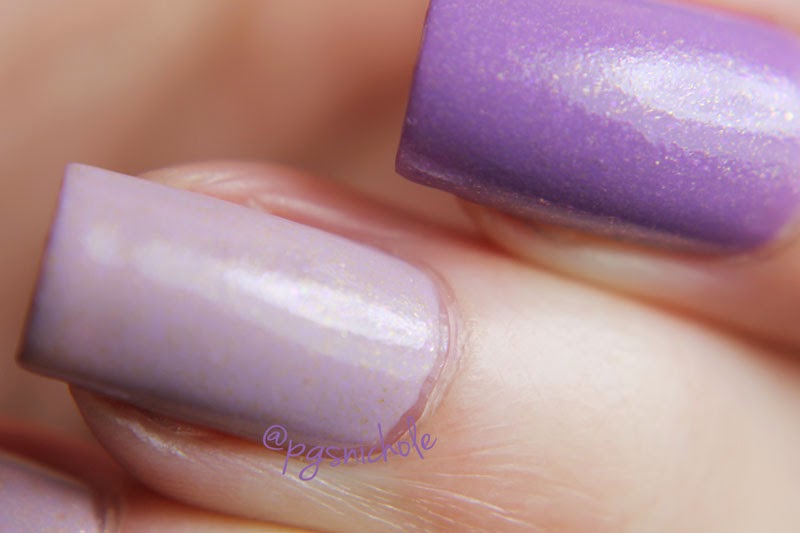 So what is your verdict? Do you own the original and yet find yourself lusting after the new one? Well, I am here to tell you that you should trust your instincts and buy the newbie version. It doesn't even fall near the "not the same, but similar" tree, so there is no reason to feel guilty about owning them both. Hooray enabling!
comparison indies nails Octopus Party Nail Lacquer swatches