Posted by Nichole C. on February 20, 2015
Picture this: you're wandering around CVS with a spastic four-year-old, looking for any hint of anything new. Aisles of same-old suffocating you while the rest of the world basks in the glory of whatever thing Wet'n'Wild or Milani has recently released. Then you spy something different, a bright fresh spot peeking out at you from a dark corner. Excitedly, you grab two and make a mad dash for the register (all while singing Christmas songs because four-year-old). This should be the part where we all walk into the sunset all fairy-tale perfect, right? Nope. Instead, this is a horror story. 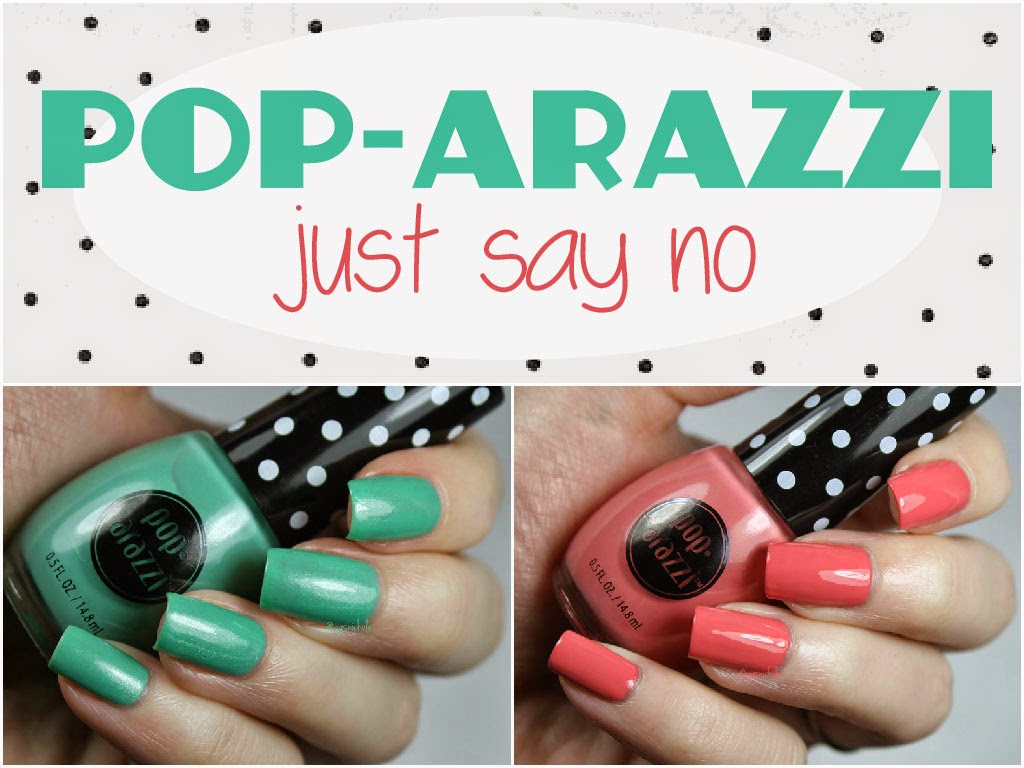 It isn't often that Amanda and I agree on something. We can't even agree on a banner (not for lack of trying. I'm really proud of that one.) for the blog. So imagine my surprise when I found that we had independently discovered the same nail polish...and had the same opinion! I figure if we both agree, it must be true. 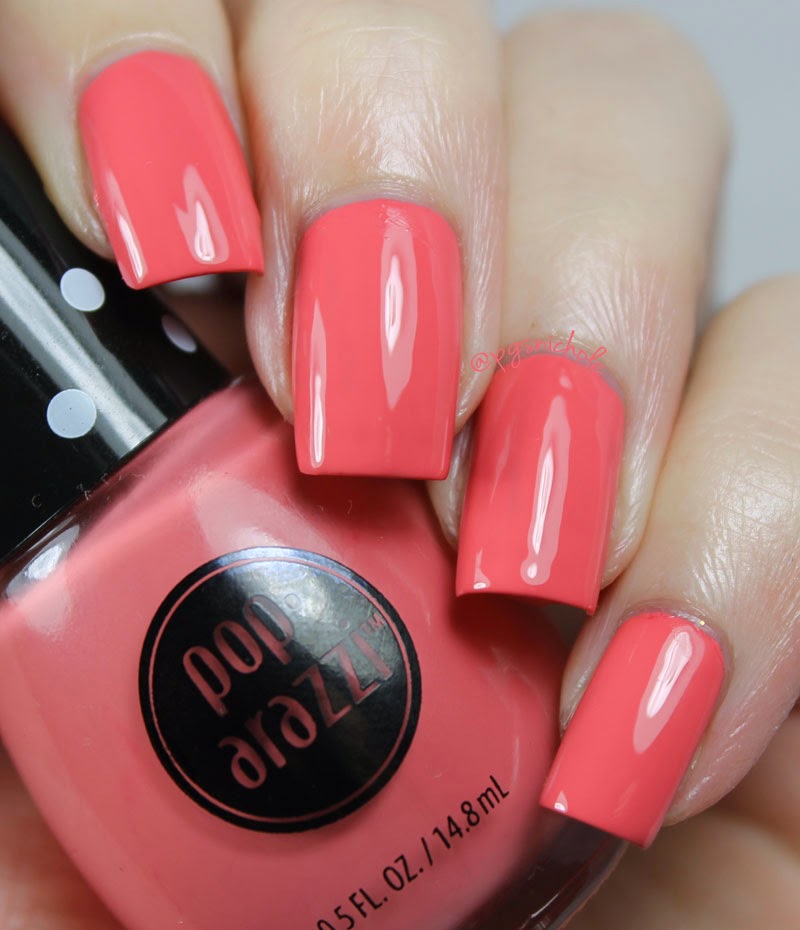 This polish stinks like sadness and misery and awful. It does. Well, ok...it smells exactly like Kleancolor polishes, but it doesn't have the actually decent formula to balance out the awful. I was immediately struck by how badly it stunk...and then I applied it. It was like half-set syrup. I needed three clumsy coats to cover the streaks, and in person I could still see them under a generous layer of seche vite. It also smelled under that layer...and continued to off-gas for the several hours that I wore this (for science). The smell even seemed to be reinvigorated when I went to remove the polish. I had to give my nails a good scrubbing to cleanse myself of the smell.

It's too bad, because I actually found a flattering shade of coral for my goofy skintone. 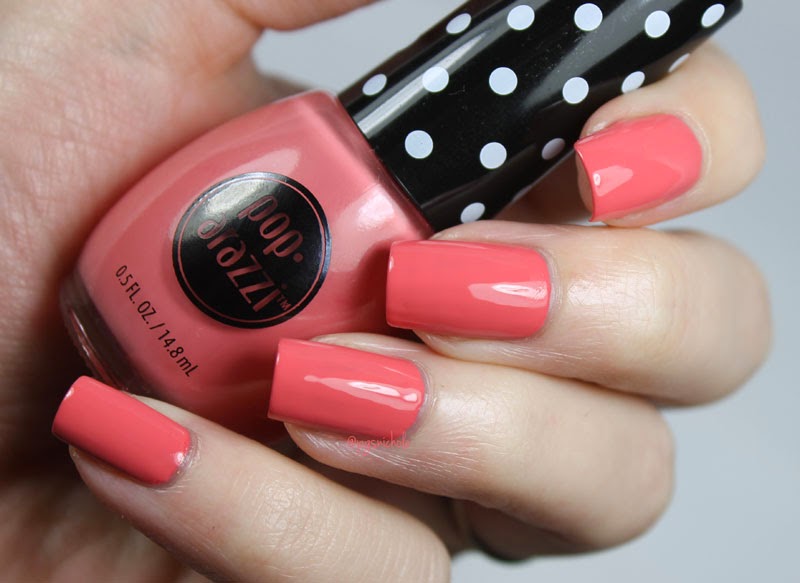 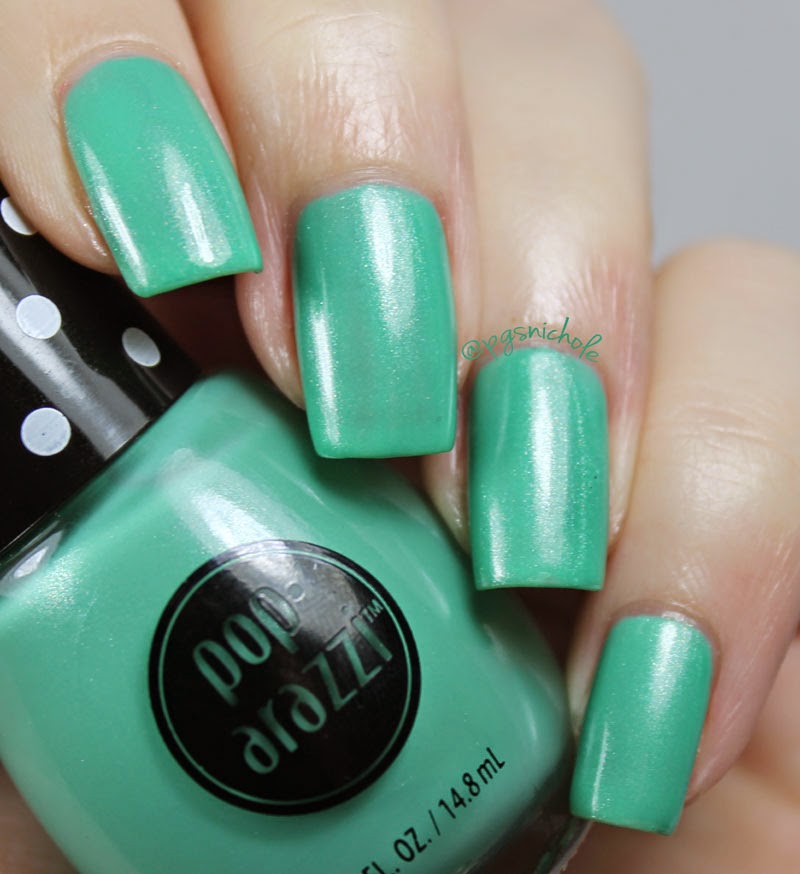 This color had a much easier to deal with formula than the coral, but it was still horrid. The polish bubbled. Actual little pockmarks in my manicure. UNACCEPTABLE. I used three coats, and the pearly pigment helped disguise the streaks and troughs that, again, refused to level themselves. This polish is unapologetically bad...like a predictable villain in a tween movie. And that awful stench still oozed from it for 36 hours after initial application...even through three additional layers of polish. WUT.

Again, a shame here. The color is actually nice. 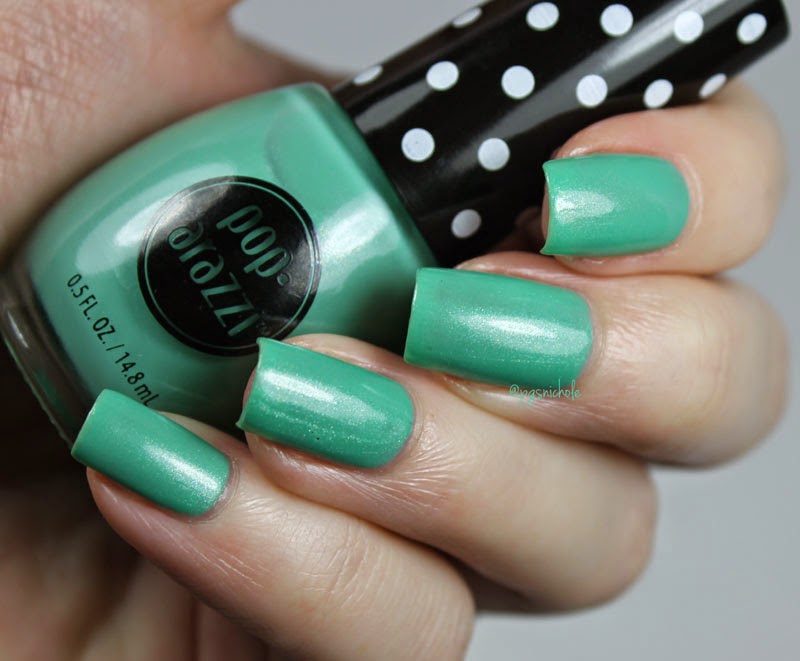 The Tl;dr is to run, screaming, in the opposite direction if you see these polishes. Do not be drawn in by the adorable packaging and affordable price. You will regret your decision completely. You will spend the rest of your days lamenting...and trying to find someone to pawn these travesties off on.