Posted by Nichole C. on February 10, 2015
Thermal polish has been a "thing" for a long time now, but I never got into it. I tend not to buy the trendy polishes until they are on the clearance racks, well after everyone else has moved on to the next new thing. This one was given to me as a gift, so I actually got to play with something cool before everyone else had given up on it. I now hope thermals are here to stay. 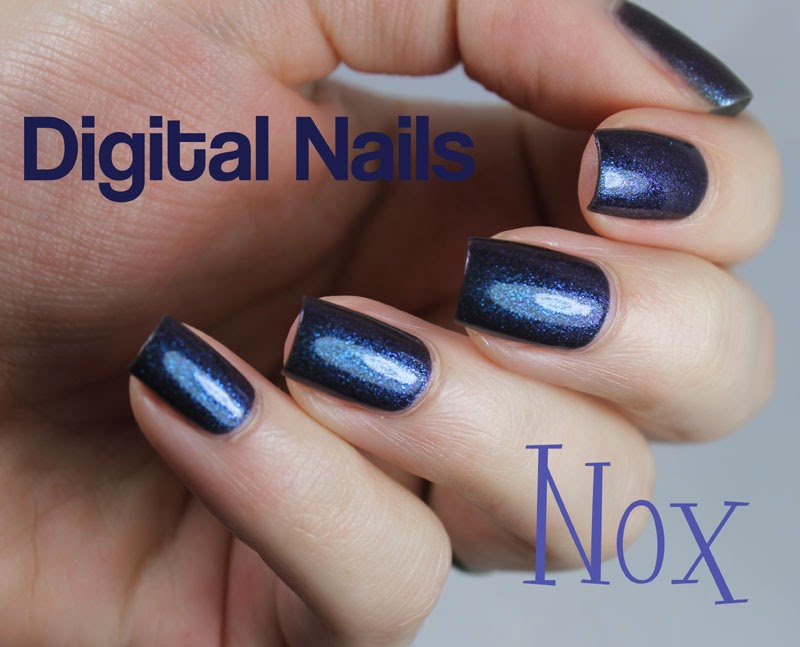 Nox is a beautiful dark royal blue with purple and cerulean flakes...when cold. Which means that on me, that is pretty much what color it is 90% of the time. I am actually ok with that, because this is a blue I can actually like. I used three coats plus Seche Vite in these pictures because I like a good glossy nail, but without topper it has a soft matte finish. 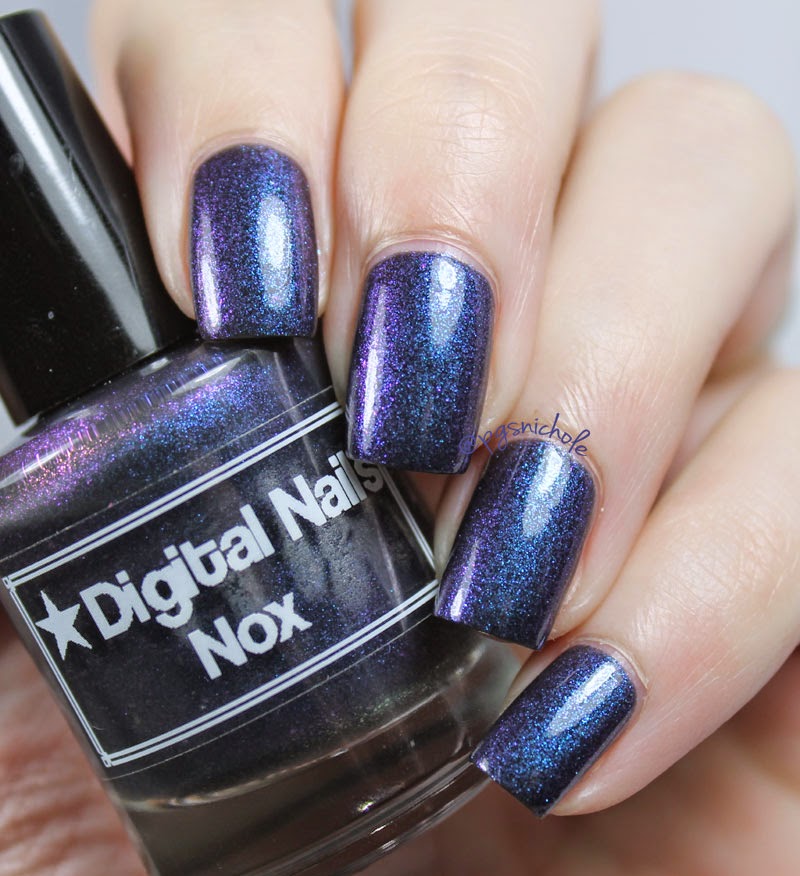 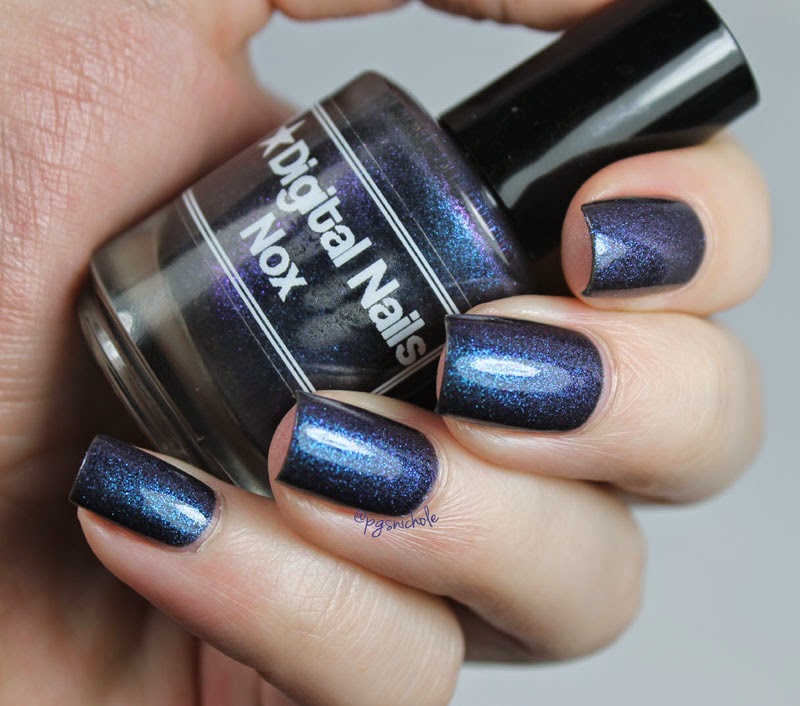 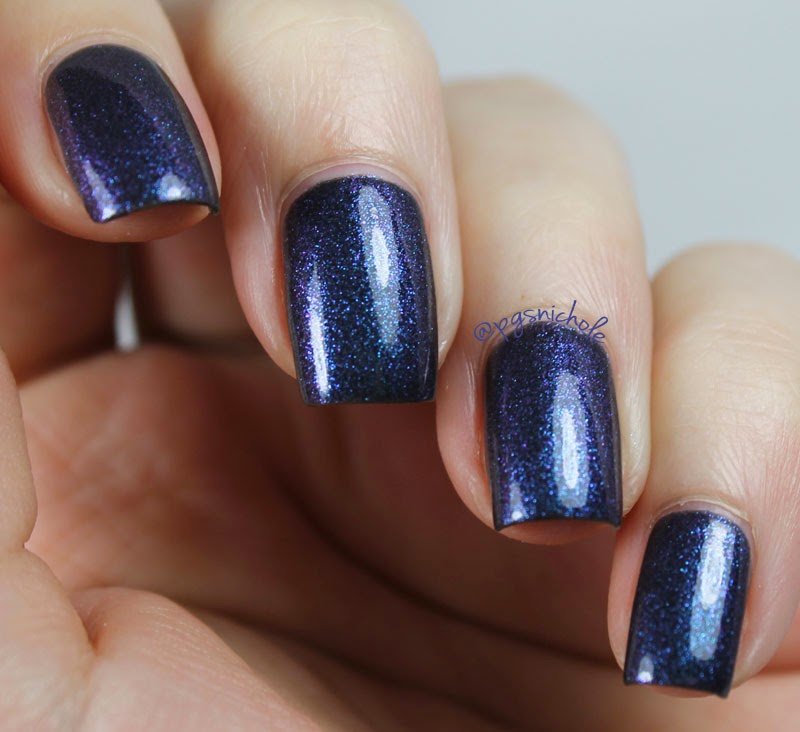 In order to show the other side of Nox, I had to have a nice warm shower. I admit to staring at my nails far longer than reasonable for a person my age...I just couldn't help myself! Once my circulation was repaired, Nox is a delicate pale cornflower blue with baby pink and blue shimmer. My favorite part is how the free edge of my nails started to turn back to navy and my hands cooled. It's like the coolest/easiest french manicure ever! Not many polishes can boast that they are three looks in one bottle. 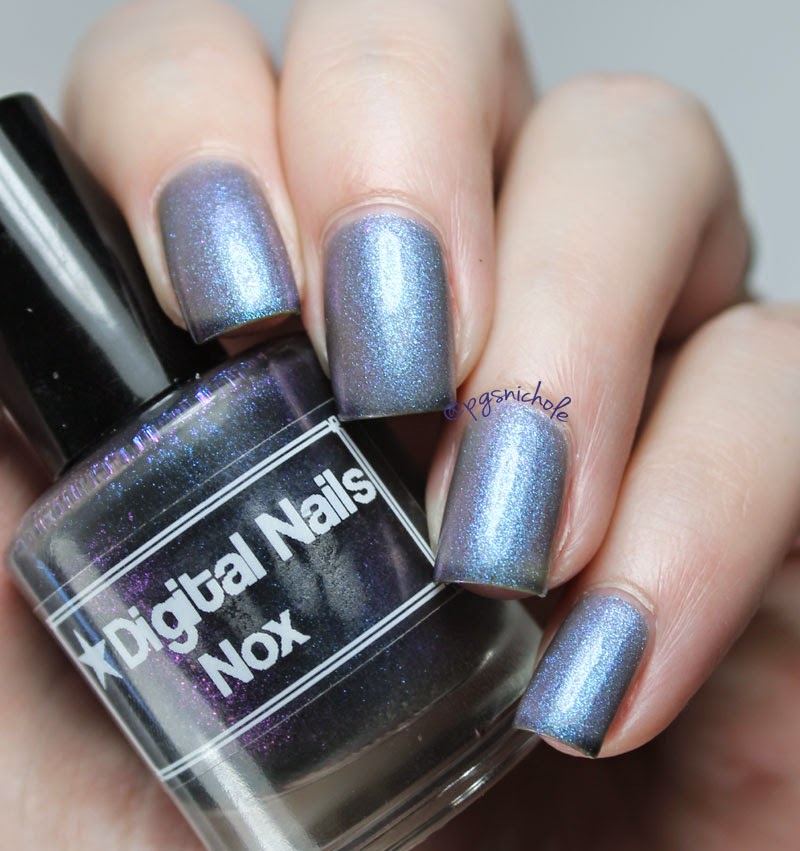 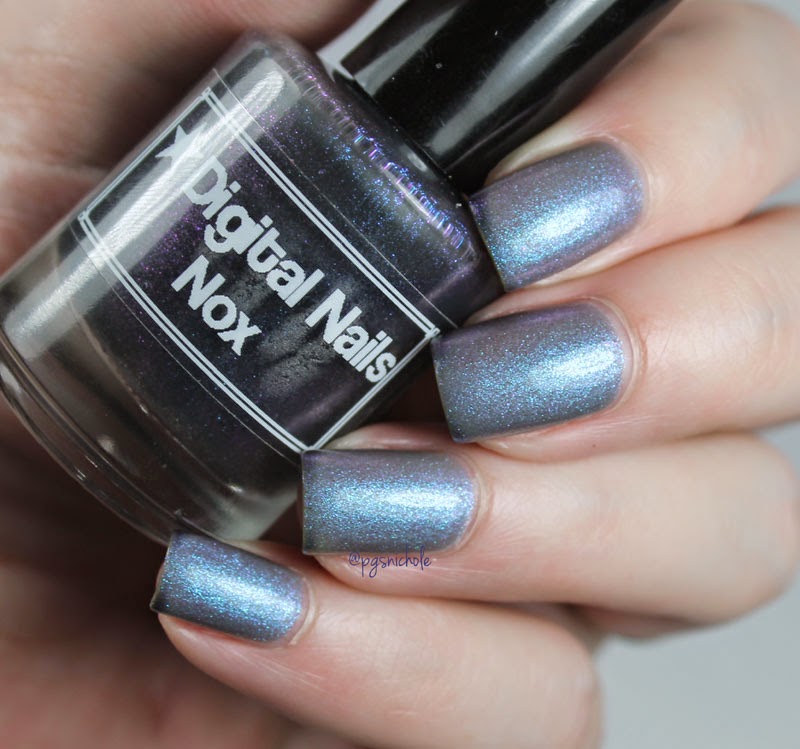 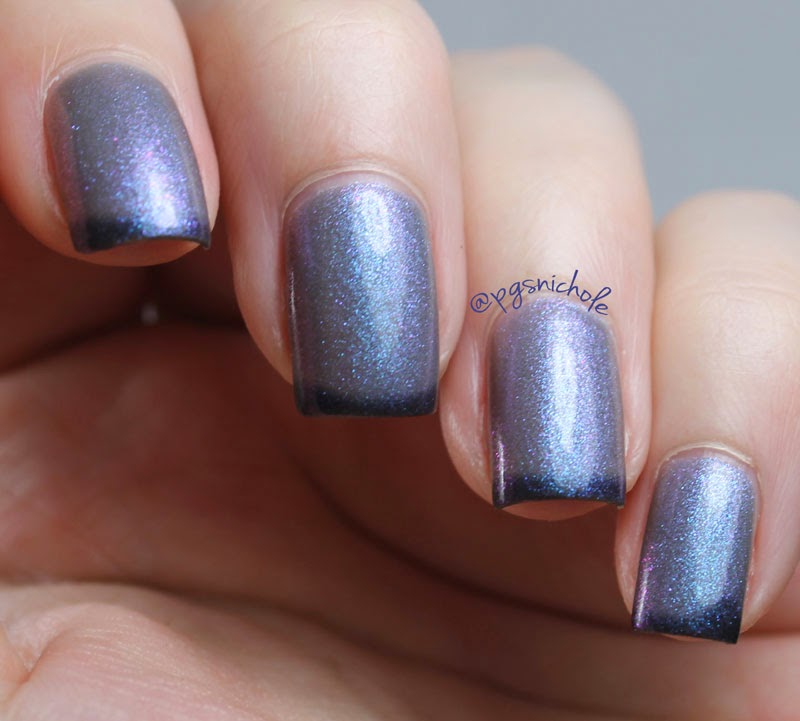 *A note about applying top coat to these, because maybe you're a noob too: using topper won't kill the thermal magic, but it will slow it significantly. As a control, I left my thumb topper-free. It changed nearly three seconds faster than the rest of my manicure, though they all changed eventually. So maybe this polish has more than just the three looks... 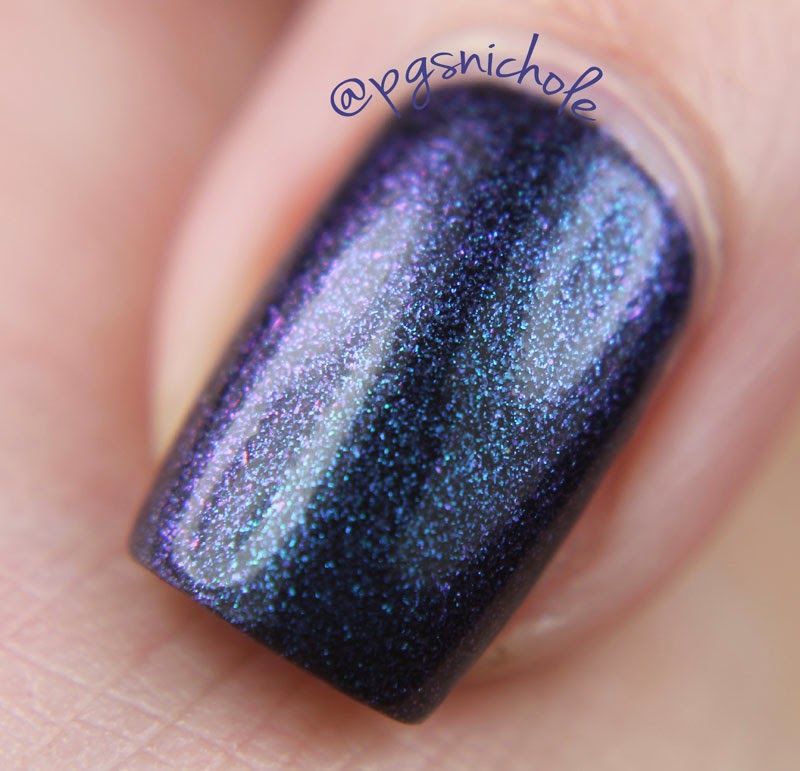 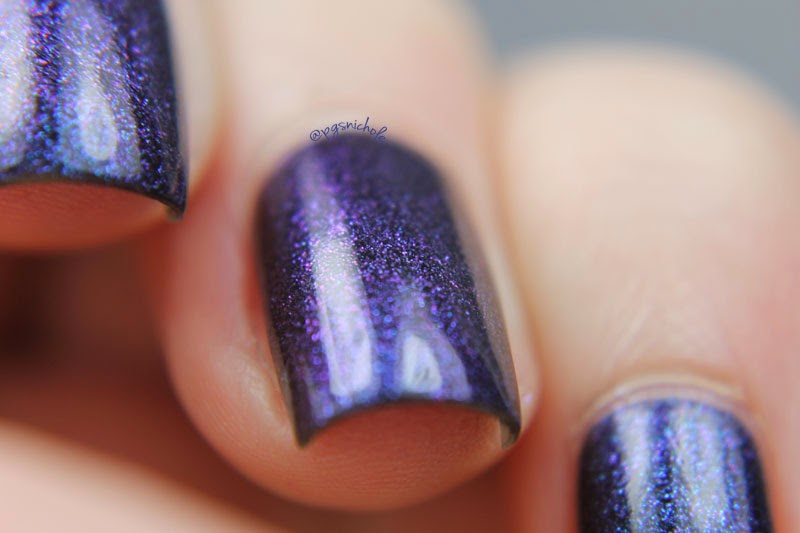 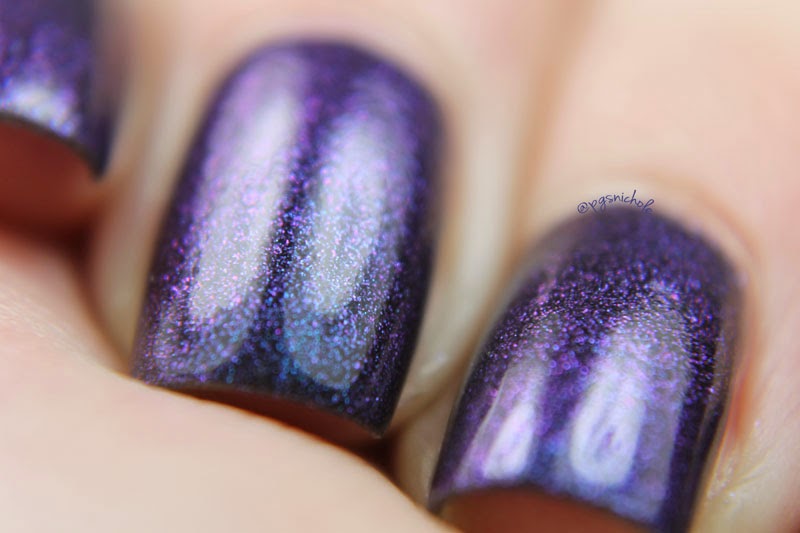 Now that I am thoroughly enthralled with thermals, are there any others I should keep my eyes peeled for? I know that there are a ton and I really have no idea where to start. I've also read that they have a relatively brief lifespan...and that makes me sad.