Posted by Nichole C. on December 05, 2014
promotional samples ahead

Major brands duping the little guys? Say it ain't so, Orly! Well...it is so. Rather good news for us, considering that they picked one of the prettiest discontinued OPNL polishes to copy. Orly is no stranger to making dupes, but this is the first time that I have noticed them going after an indie in such an obvious way. (Remember, I am new to indies!) So lets see the swatches! 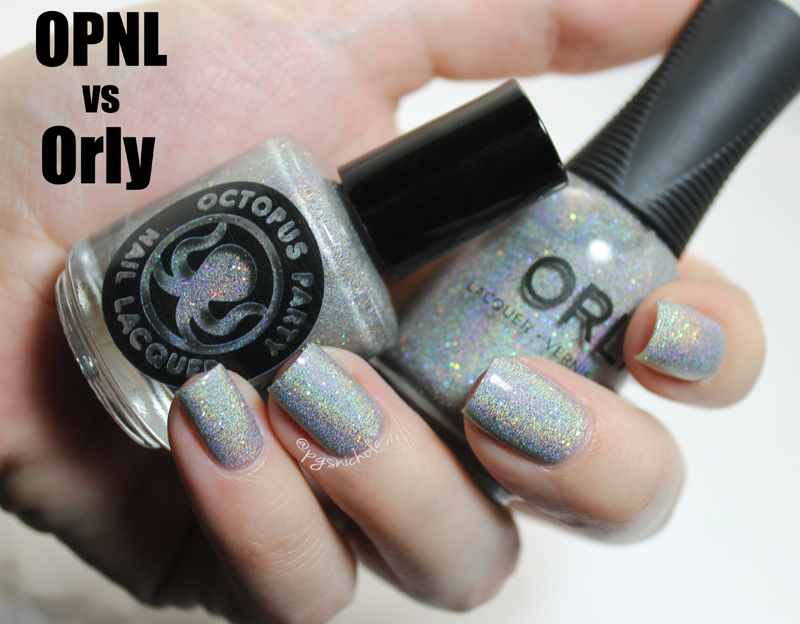 I started seeing swatches of Orly Mirrorball a month or two ago. At first, I was really annoyed, because I thought it was OPNL Sizzler...which I knew was no longer available. For a brief second I was mad at Dave for re-releasing it without so much as a passing mention. But all the places I was seeing it were not the familiar places for indies...and I eventually discovered that the impostor was part of Orly's 2014 holiday collection. It is amazingly close.


My Opinion
Sizzler is (sadly) no longer available. I couldn't even find it on eBay, though admittedly I am shit at searches like that. Obviously, I am partial to Sizzler because Dave is my pal...but really they are so painfully similar that there is no reason to own both. In fact, if you lament never getting a chance to grab Sizzle then Mirrorball is totally worth the cost.