Posted by Nichole C. on December 11, 2014
You thought I forgot! I didn't, but I have been a bit busy. There are so many swatches that needed to be seen that my little series got pushed to the side. But even in the downtime, I've been thinking and plotting. This one is definitely the trickiest by far. 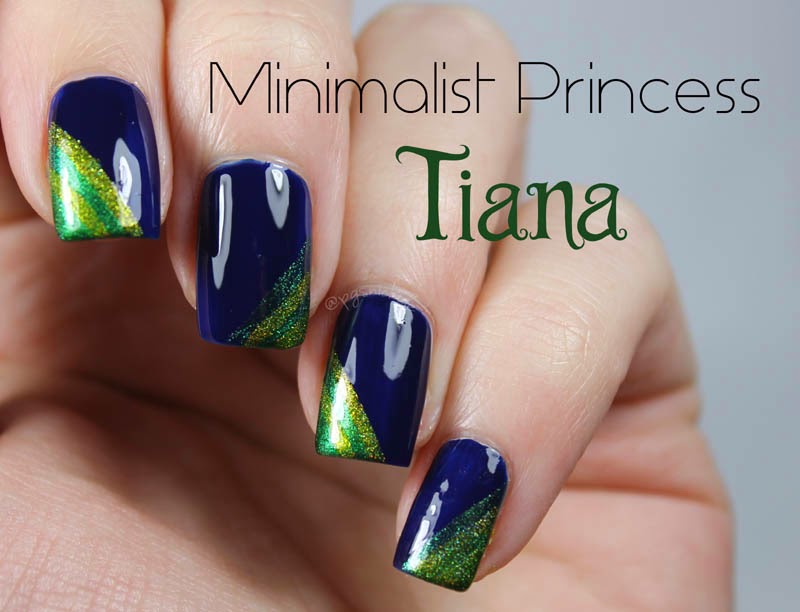 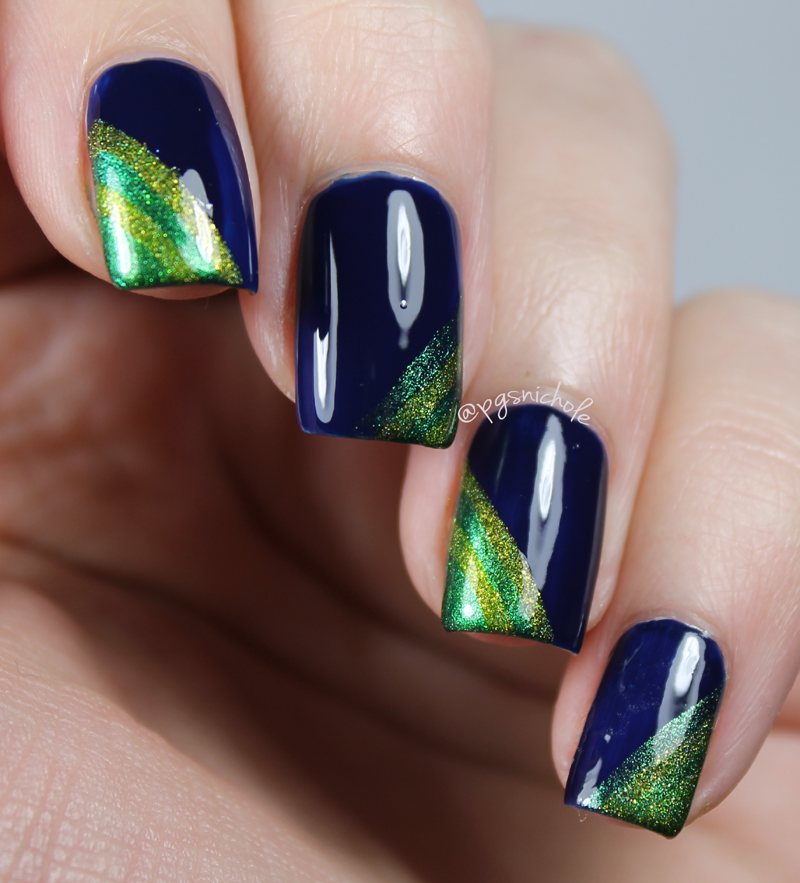 I wanted this one to be a little darker and more serious...but still princessy. Tiana is, by far, the most business-like of all the princesses. She has plans and dreams and shit, and she isn't letting anyone get in her way. It is a shame that the movie, overall, feels half-assed. With a movie set in early 20th century New Orleans, they could have done so much...and they didn't. Good job guys.

I feel like adding the navy gives it a little more grown-up feel. I could have done another marble, but I don't think that Tiana would wear something like that. She is no nonsense, so if she did happen to wear nail art it would definitely be simple. 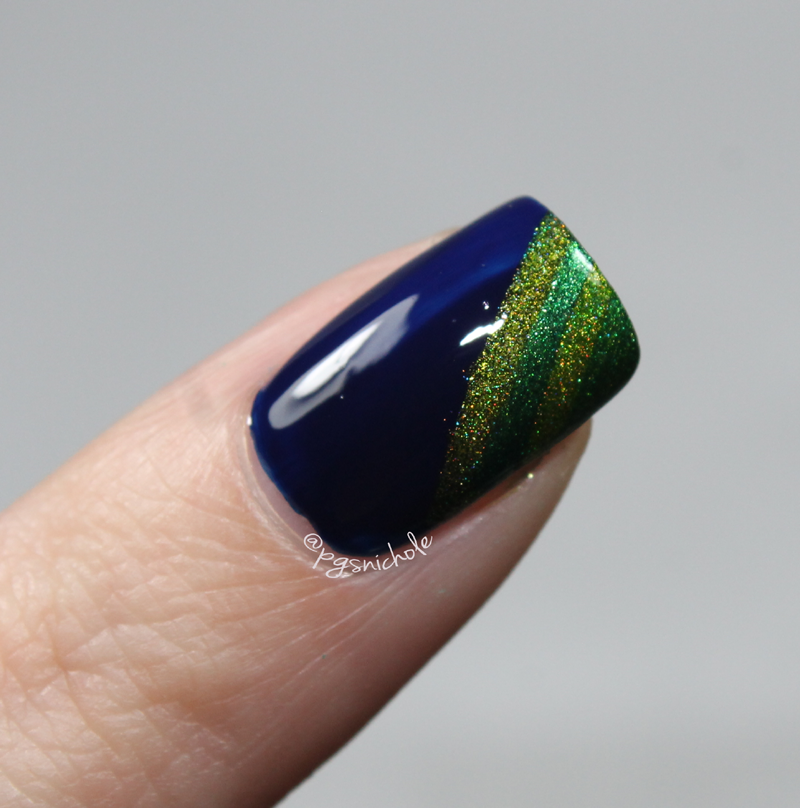 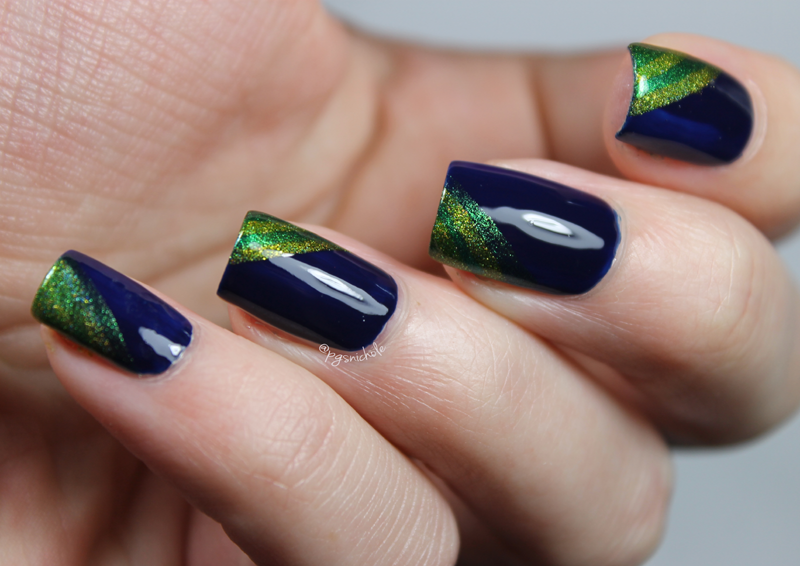 Hopefully I didn't disappoint here. I love this one, but I'm not "in love" with it...FWP I suppose. At least my nails aren't stained blue and my tape didn't ruin my manicure. Gotta be thankful for the small things.

Where to next? I want to do a couple more princesses, and then move on to something else for 2015. But which princesses?
Barielle Cirque holo Minimalist Princess nail art nails Sally Hansen