Posted by Nichole C. on December 12, 2014
promotional sample ahead

It has been a swatchy few weeks here in the West Coast PGS headquarters. Seems like everyone is getting their Winter stuff all wrapped up, which means a flood of swatches to share! This one is not new, as I teased the hell out of it before Black Friday on the Facebook page. It is time to share (most) of my swatches! 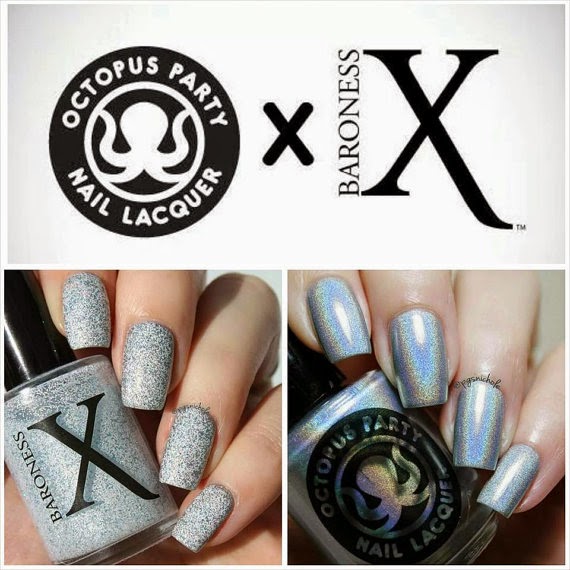 The duo I was asked to swatch is called the Abominable Snow Monster Duo. Now, Dave doesn't know this, but he was actually my favorite character from those stop-motion Christmas specials as a kid. I once saw a set of toys on clearance (at Mervyn's for you old folks) and bought them just so I could have him and Yukon Cornelius. And no...the kids aren't allowed to touch them.

The Bumble
This one is a lovely, icy blue linear holo with tiny blue flakies. I only needed two coats below, and it dries smoothly. If Cinderella were going to wear a holo, this would be the one. It has a lovely warm undertone which keeps it from being boring. I dunno the particulars of why this happens, so lets just say it is magic and be done. 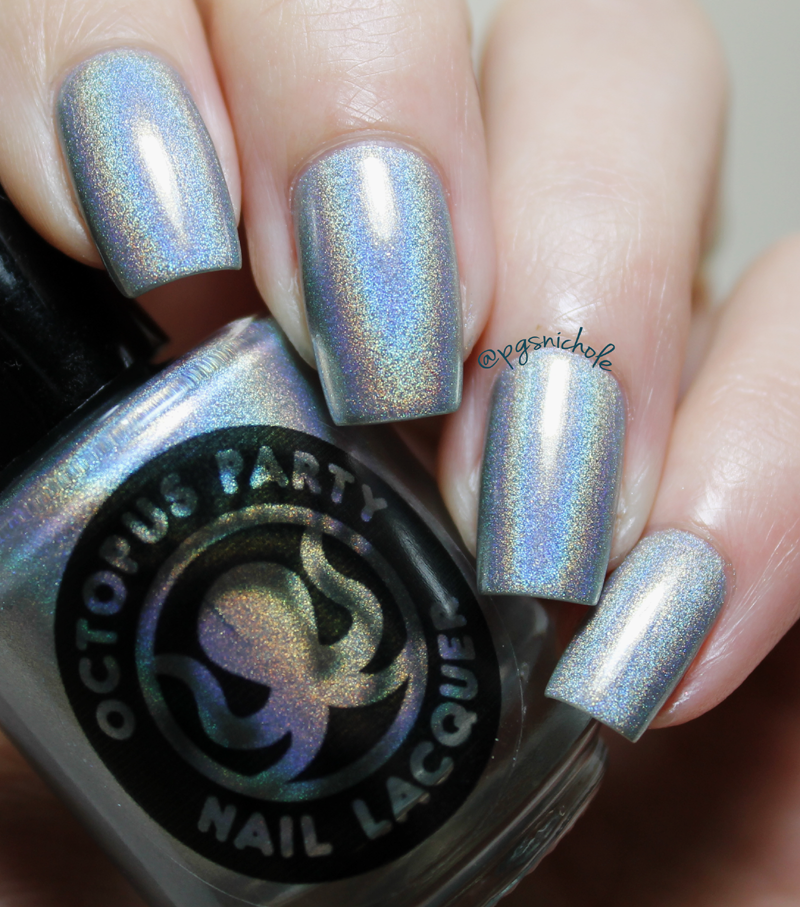 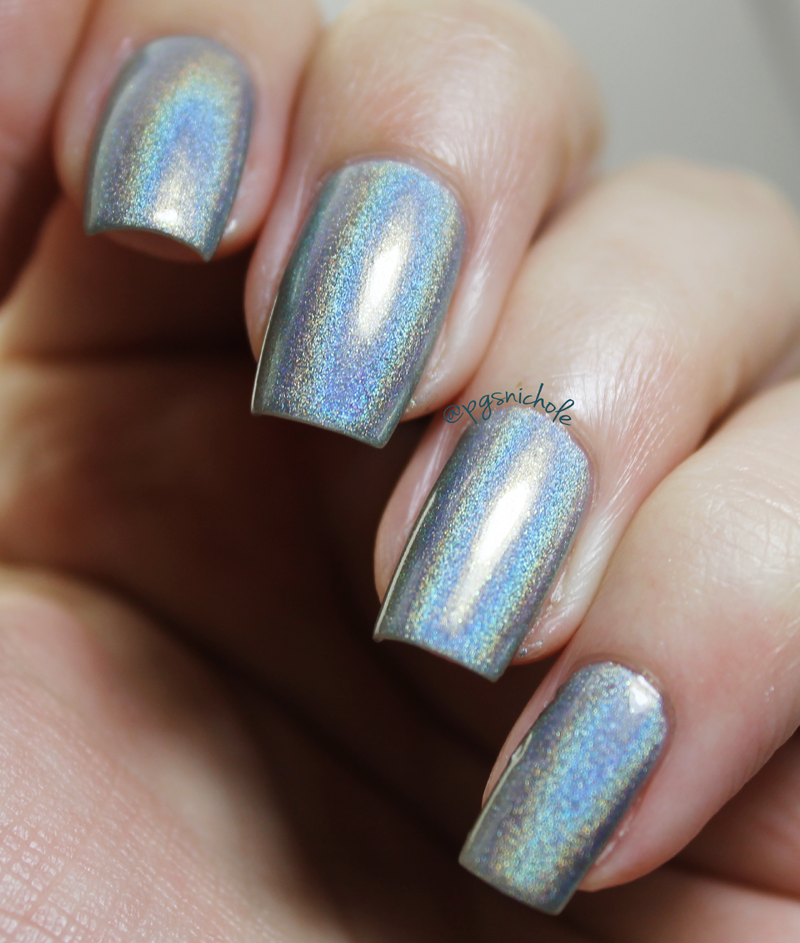 Bumbles Bounce
The other half of the duo, from a new-to-me brand called BaronessX, is a white microglitter with two different colors of holo glitter. If you needed a perfect polish for a snow storm, search no further. It doesn't quite work alone, but it is a very dense topper. I only used two thin coats below over The Bumble, and I bet it would go opaque in a third. I can't wait to actually try some wintery art with this particular polish. I see spooky storms cozy snow drifts in my future. 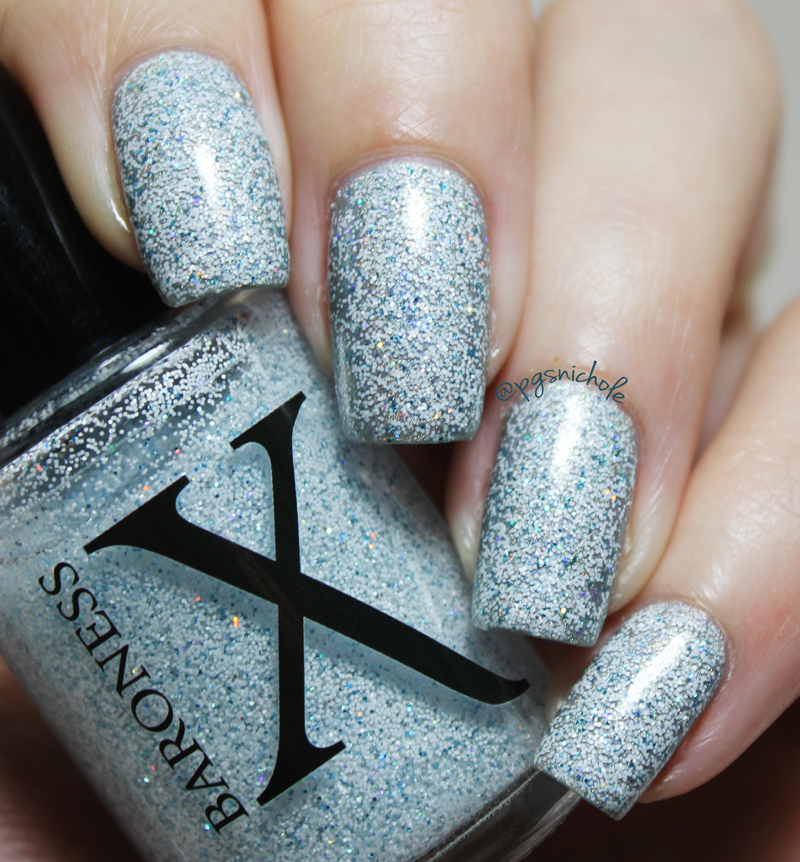 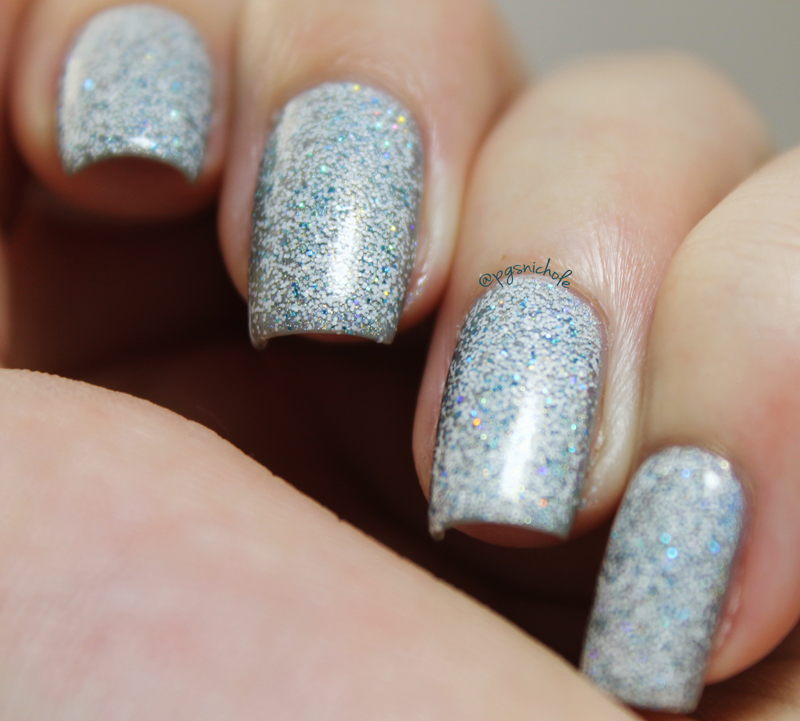 Of course, I think I got the best duo, but really they are all amazing. I kinda love seeing things like this, because not only do we get a deal when we buy the sets...it also pushes these indie makers out of their comfort zones a bit, and only good things can come to us from this stretching of their creative muscles.