Anniversary colors are often my favorites. Instead of being season/trend driven, they tend to come from the heart of the maker and be a little more unique. This offering from OPNL is absolutely no different.  The level of awesome here was an inevitability.

Ok, before we all start oogling...let's wish OPNL a happy anniversary first, and thank Dave for making such crazy-fabulous polish.  He has come a very long way in such a short time, and I am honored to have been allowed to participate even a little. Ok, down to business now. Death and Taxes is the first anniversary color from OPNL. It is a stunning dusty plummed bronze holo...with purple flakies. It applies like magic and dreams, and is opaque in two coats. I'm going to go ahead and call this SFW, because indoors it leans from a taupey bronze to a dusty plum, depending on your angle. The holo is pronounced in all light, but still subtle enough indoors for most office-type places. 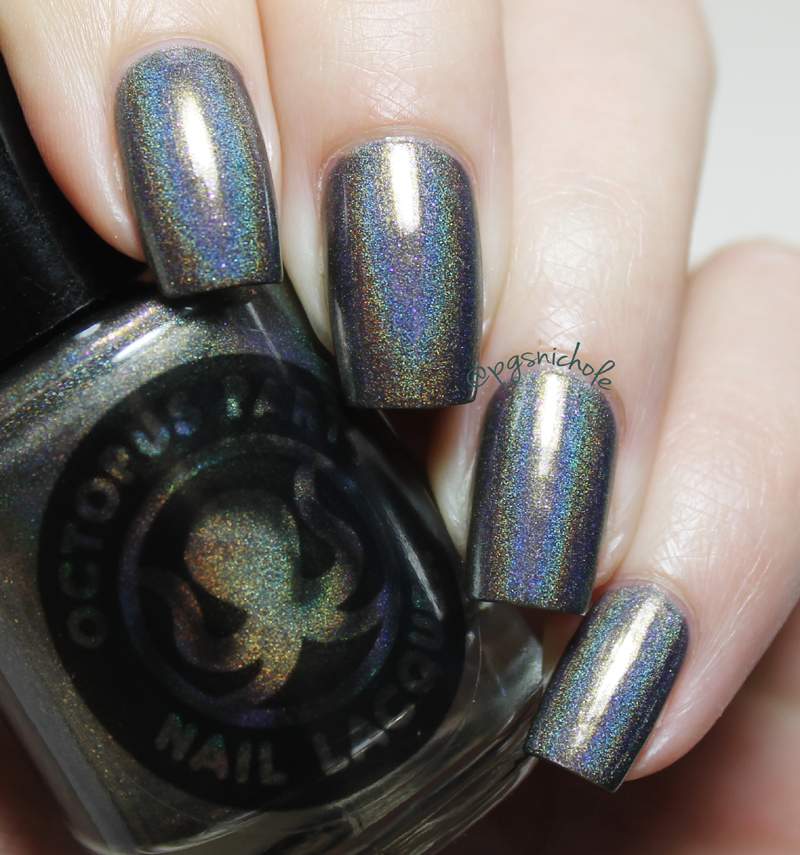 In what might be the shittiest picture I've ever posted with my new camera (also, the first picture on PGS taken in manual mode), you can see the flakies standing out proudly. Do you see what I mean by SFW now? I went down to the beach to take pictures, because I need the practice, and decided to carelessly snap one picture of my nails. Coincidentally, its the best picture of the flakies I managed to catch. Go figure. If you want to see some more pictures I took that day, or just how very ugly perfect the weather was, check out my other blog.

In the sun, everything goes back to normal. The holo explodes into a cascade of rainbows, like it ought to. The flakies recede, adding just a little bit of "what is it that makes this so different?". But instead of that blinding silvering in the middle like most holos, you see the burnished shade of bronze. It reminds me of the color everything turns when there is smoke in the sky. That definitely makes it stand out, even in my collection. 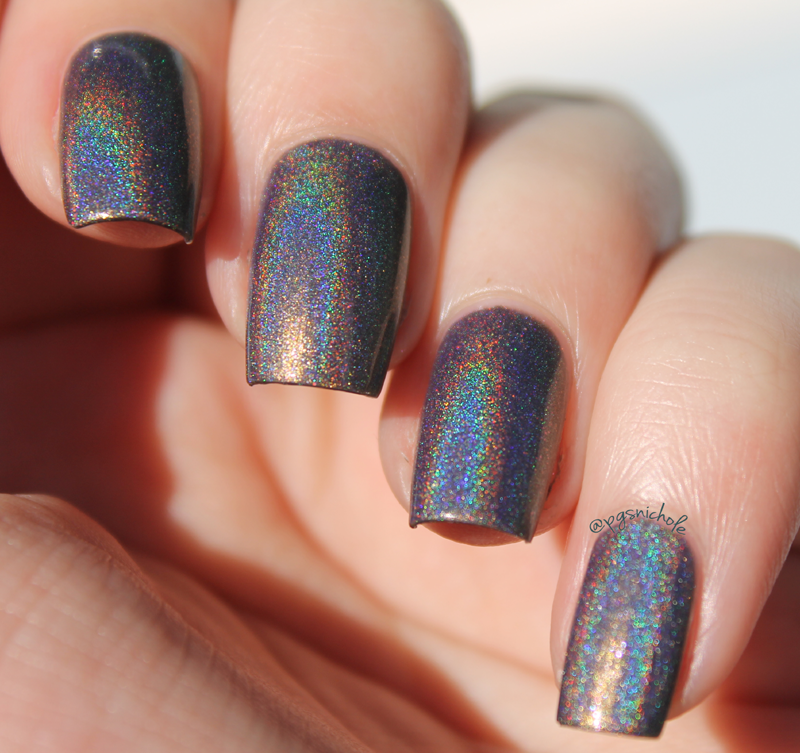 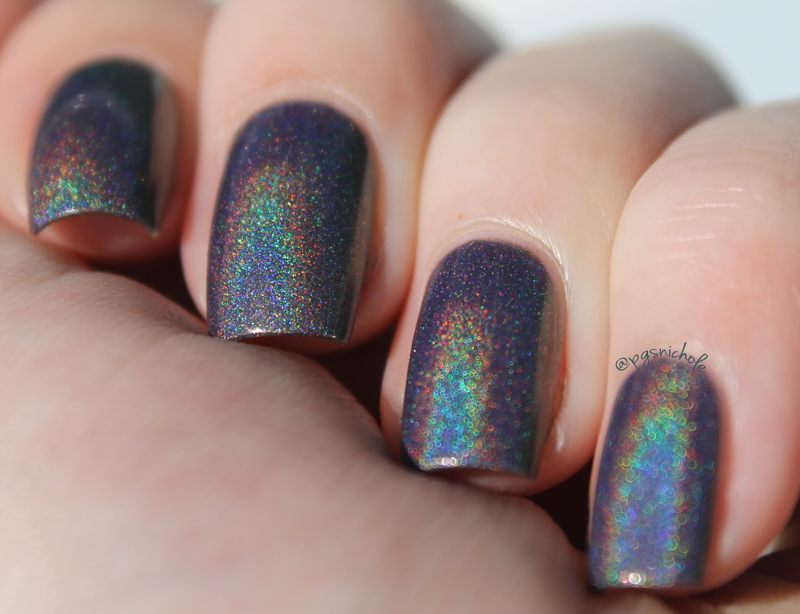 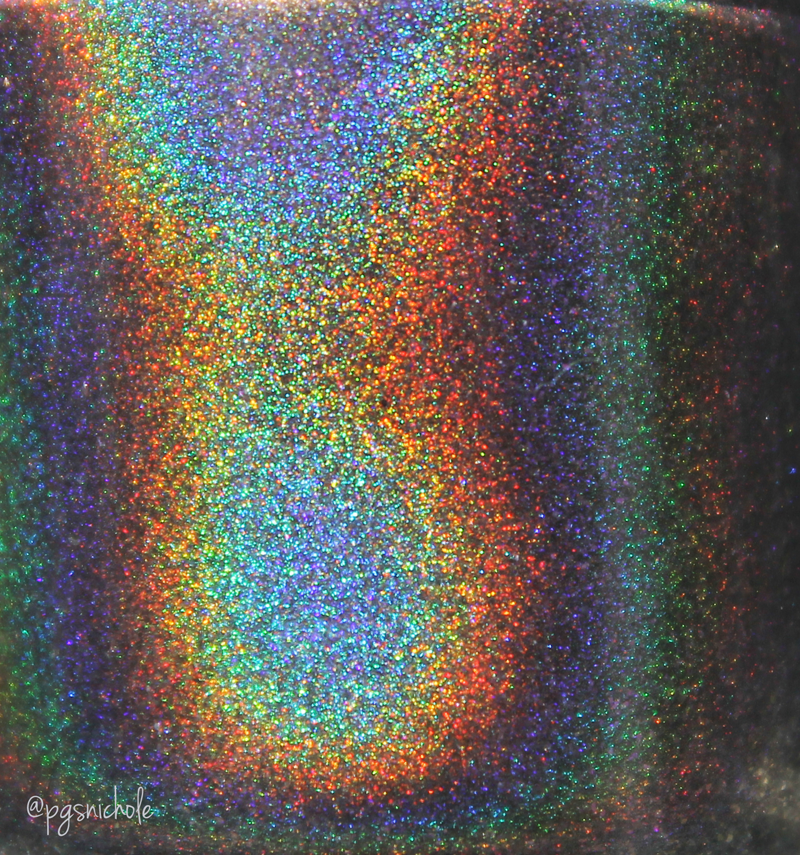 In addition to the fantabulous polish, there is also a little set of nail...statuary (?) from Daily Charme. I am personally not a huge fan of these giant 3D thingies, but for you I will wear them. Dave can tell you, I whined about it a fair amount. It looks really cool...but I'm fussy. After an hour, the skull totally doesn't bother me. Those spikes are pointy as fuck though. You could cut a bitch with these...or at the very least impale a cheeto. You have been warned. 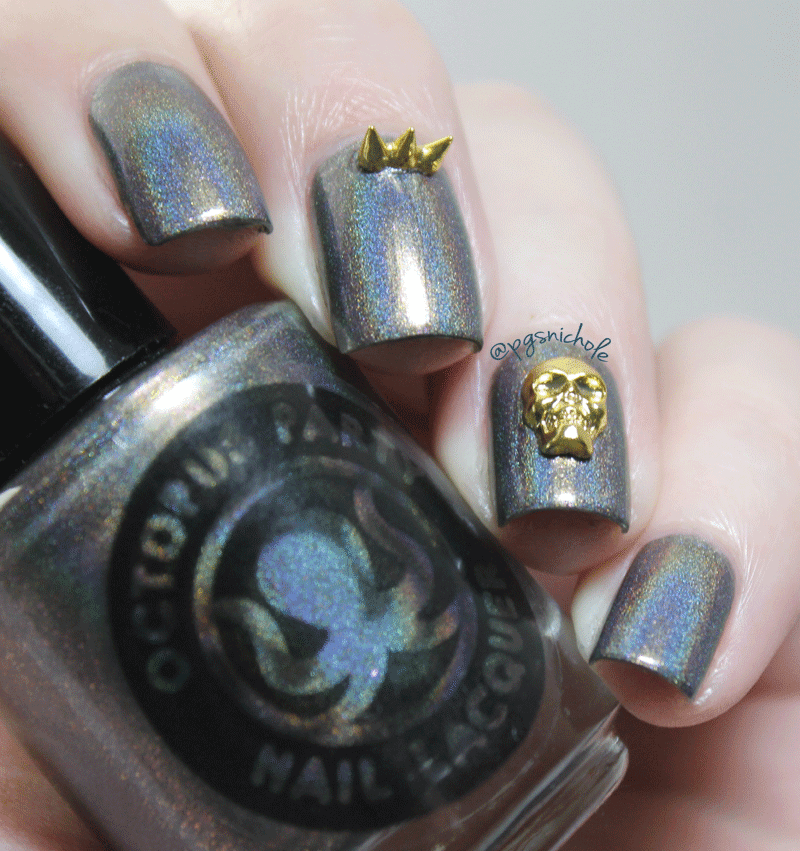 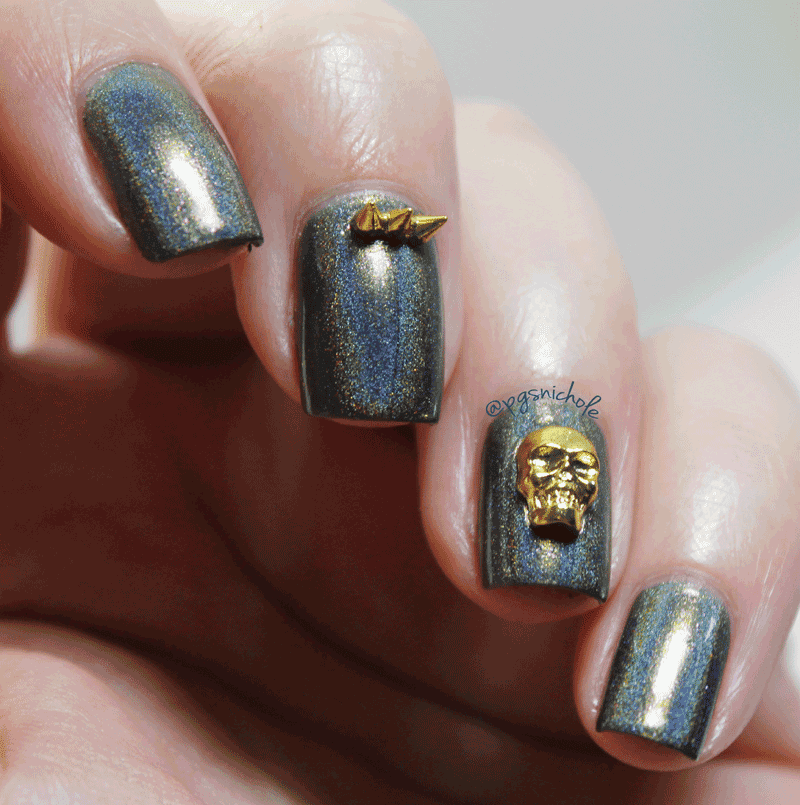 This color is such a chameleon. I'm not even sure I would know what to call it, if I had to be attached to any one descriptor. Let's just stick with amazing? I like that word.

This color will be available on November 30 at 1pm EST (which is lame. Booo east coast time!) in the OPNL etsy shop. It isn't LE, but there aren't more than 30 bottles available right now. If you want it this year, I would move fast.
holo indies nails Octopus Party Nail Lacquer swatches