Posted by Nichole C. on November 20, 2014
promotional samples ahead

Another streamlined and simple manicure, fit for a princess. This week its Cinderella, whom I consider the most painfully white-bread of all the princesses...with the exception of maybe Snow White. 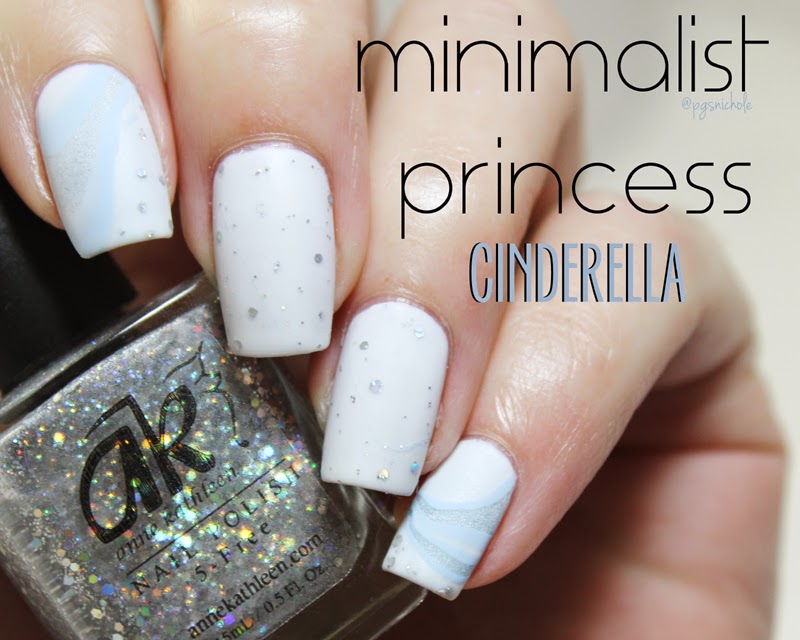 Regardless of her "rather boring" status, I do like Cinderella. She's pretty, she has bad-ass minions (Gus-gus, y'all) and she wears a pretty dress there at the end. I decided that I needed to do something slightly referential...but that remained unique from Elsa. Who knew Disney reused that color palette so often! Was there a sale on blue ink? 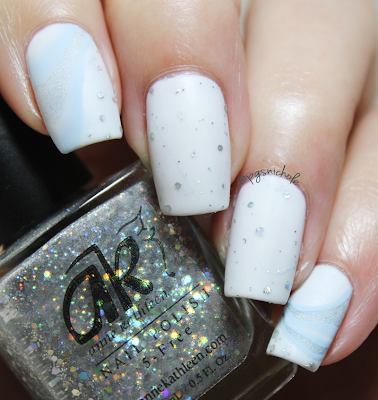 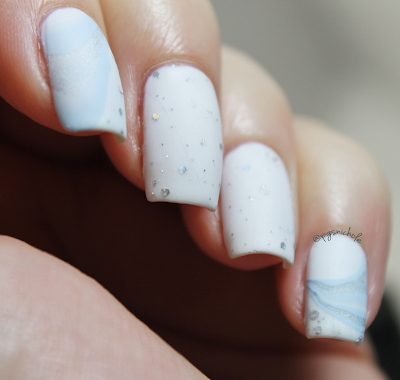 Now, normally holographics and glitters don't really marble well. They like to spread. I sandwiched Twice as Ice in between Cashmere and Blu which kept it in line. I dropped Silvestra in the middle, and she pushed everything out towards the edge like a wave. What you see here is my putting my whole hand in at once. I kinda like how sparse the glitters are on the middle fingers, and how delicate the little bit of marble is on the outer ones. 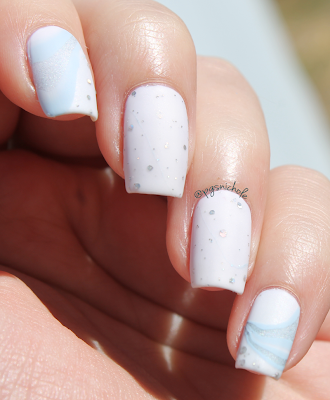 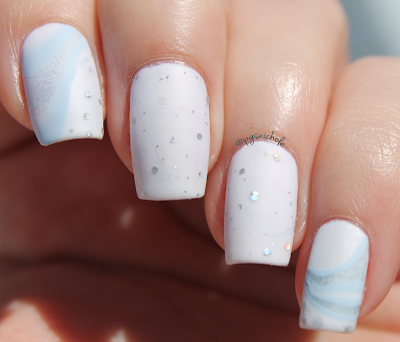 So who should be next? I'm thinking Aurora, because I have a definite plan. But then I'm also considering Tianna. I do love the greens in that movie. Give me some direction in the comments!