Posted by Nichole C. on October 08, 2014
American Horror Story is back! This season it is AHS: Freak Show. I am pretty excited. I have loved all of the promos, posters, press nonsense I've seen so far, so of course I had to do a manicure inspired by them! 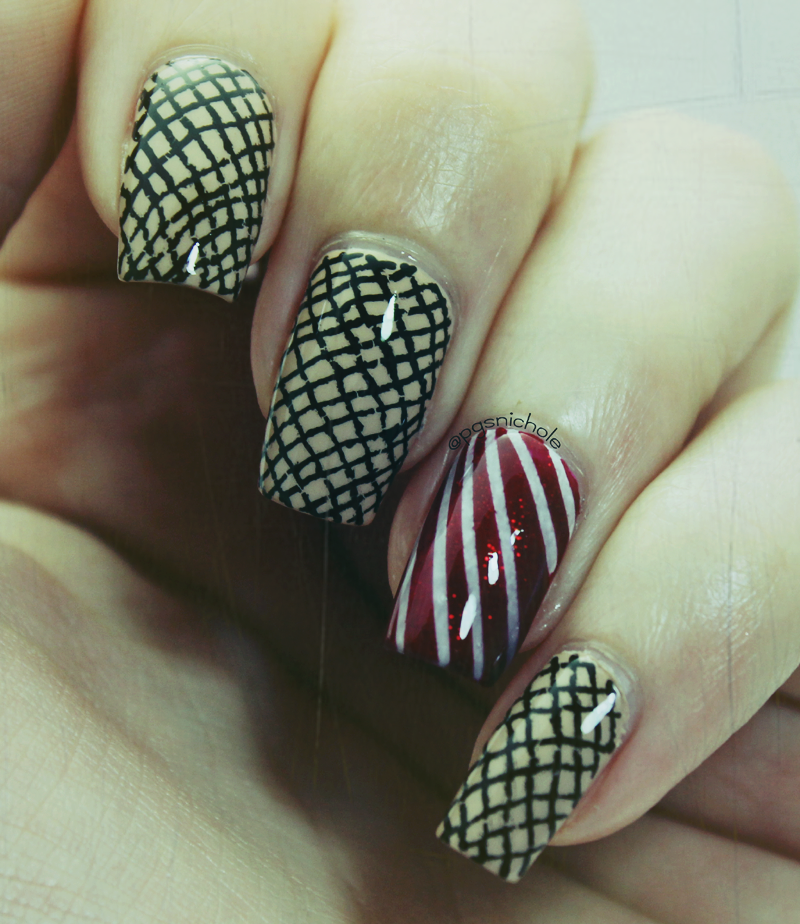 I love how this show is (apparently) planning to portray the "freaks". They have been posting teaser reals to Facebook featuring a different character and talking about their real-life conditions. It's very interesting...and refreshing. A lot of modern society tends to take the "ignore the differences" position when it comes to people in general. It is the reason that freak shows went the way of the dinosaur. I dunno, guys. I think talking about differences like grown folks is a lot healthier for us as a species than pretending like we're all the same.

Anyway, this show looks like it is going to be amazing. The posters are intriguing, grotesque, and beautiful. Suffice to say, I'm stoked. 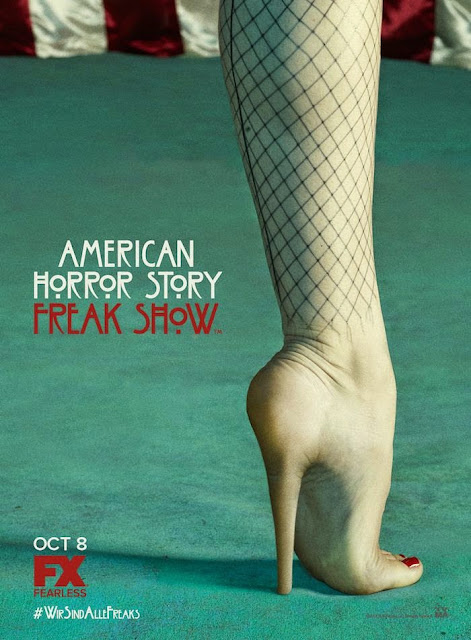 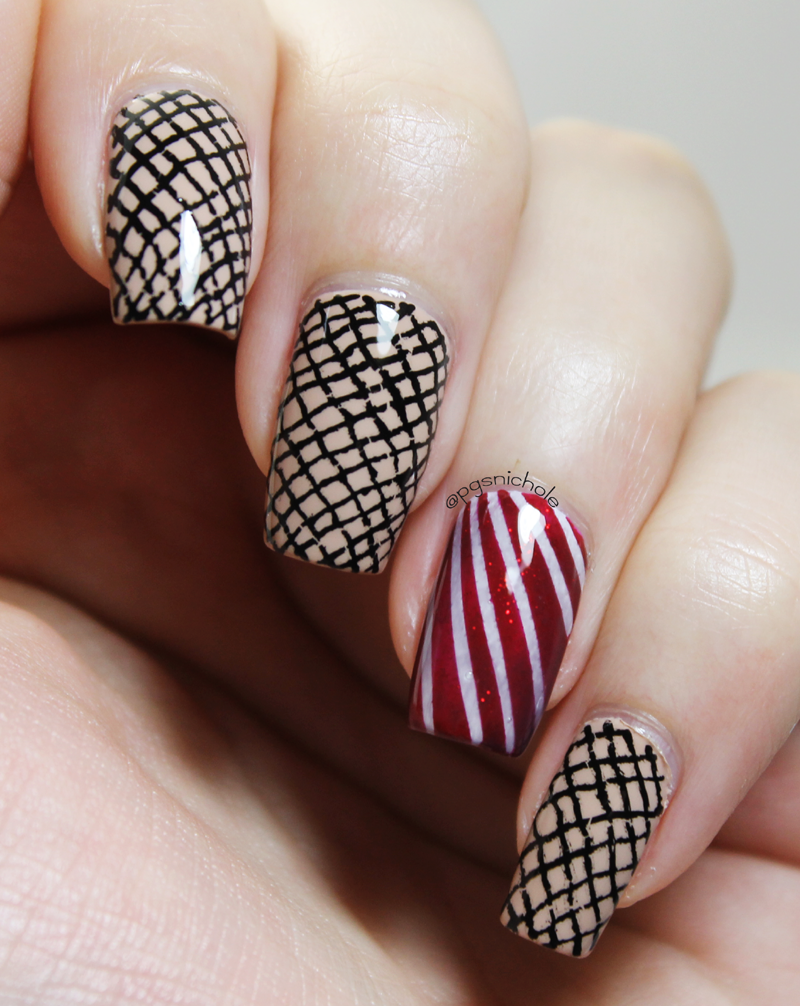 My version is a little...rougher than it could have been. I thought about using a stamp for the fishnet, but that would have made it look very crisp and clean. I dunno if that would have felt right to me. I kinda like the irregularity of it. I taped off stripes on my ring finger, but there was something very clean and stark about it...so I made a smoked violet jelly-ish out of the Rimmel to give some age to the red and white stripes. I definitely like it better than without. 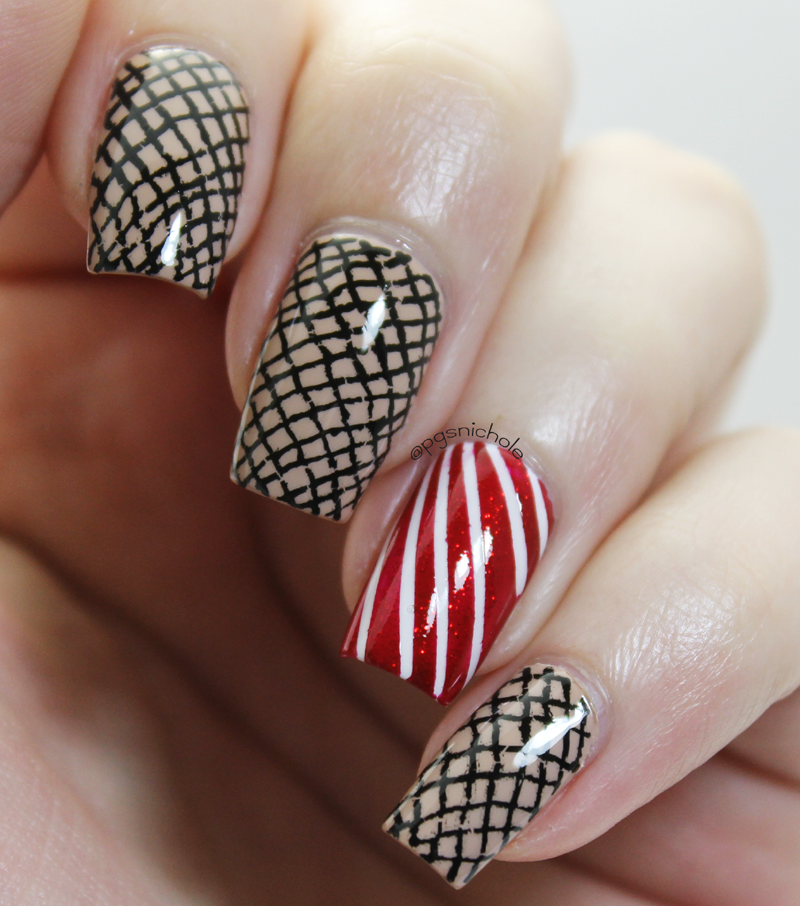 Are you excited for tonight? I can promise that the kids will be shuffling off to bed a little early tonight so that I can watch my show. It will be on tonight, on Fx, at 10pm. Be there or be square.
Halloween nail art nails OPI Sally Hansen Zoya