Posted by Nichole C. on August 06, 2014
It's that special day again! And this time, we are talking about Uranus. Go ahead, get the giggles out. There has been no shortage of them around here, I can promise you that. 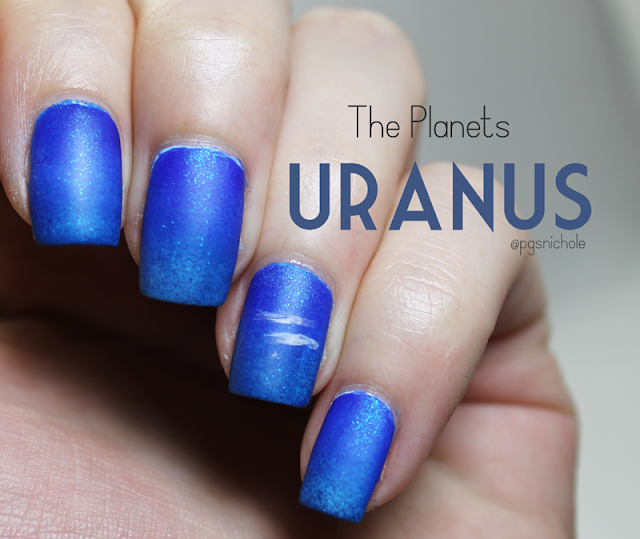 Uranus is number seven in our solar system. It orbits slowly around the Sun, taking 84 Earth-years to complete one circuit. It's also pretty far out there, at nearly 20AU (for reference, the Earth is 1AU from the Sun). Consequently, it is cold as cold gets. It's a proper "ice giant" and is lousy with frozen methane, ammonia, and even water.

Uranus is a weird planet. It is tilted almost on its side, meaning that only a small area near its equator even gets to enjoy a day/night cycle. It also has super-fast moving winds. Wikipedia says that they are estimated to be nearly 600mph. I'll gladly keep what we have here, thanks. Another thing that I actually didn't know was that Uranus has rings. So far, 13 rings have been discovered. There might be more to be found as our technology gets better...the most recent rings were spotted in 2005. This giant ice cube also has more than 25 moons, though most of them are quite small in comparison to its giant neighbors collection of satellites. I wish that we lived in an era of practical space travel because I would love to see these things first-hand. 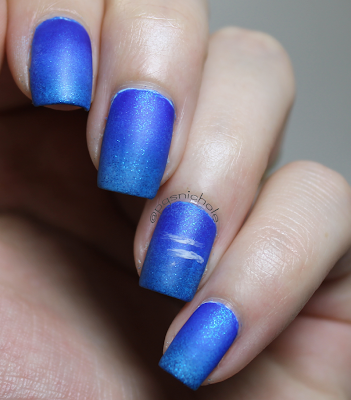 I painted a white base for these (you can see it peeking out on my middle finger thanks to some overzealous cleaning) because blues stain me like its their job. I then painted an uneven and haphazardly mixed base of Model Behavior and Blew Away. Then I sponged on the remaining colors. I think this one is pretty true to the actual planet, which makes me happy.

(confession: this is the first time I've painted my nails in nearly 2 weeks! vacations are rough, yo)

Because I can't avoid the joke... 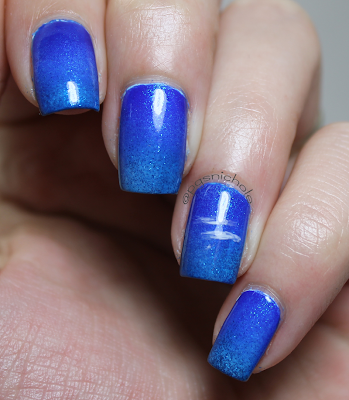