Posted by Nichole C. on July 02, 2014
Today's planet is Venus. This planet always fascinated me as a kid, because it can be easily seen in the evening sky. I always wondered if there were people up there, going around doing Venusian things. I found out as an adult that there definitely is not a thriving society of folks there...but it's still pretty to look at all the same. 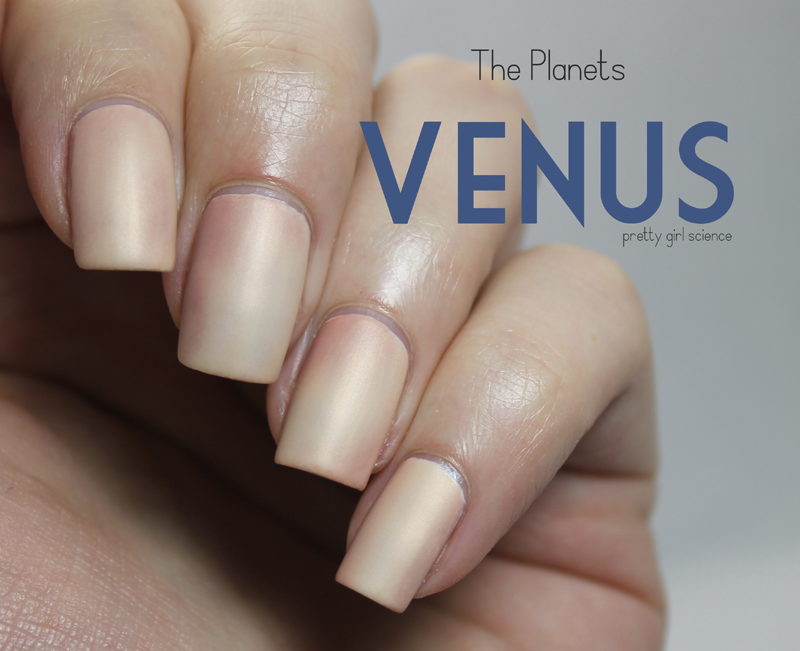 The second planet from the sun is cloaked in clouds, giving it the appearance of a pearl floating on a sea of black velvet. The atmosphere is thick with carbon dioxide and sulfur dioxide, so it is definitely not somewhere you want to spend the weekend. This composition makes it a hellish place, a greenhouse on steroids. But I'll be damned if it isn't pretty to look at. 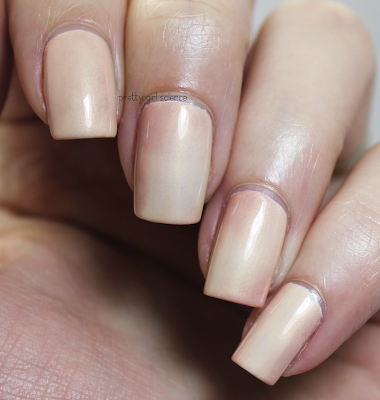 I painted a base of Sand Dune, which was an unreasonable cow of a polish for some strange reason. I have never had any trouble with this polish before, but this time it was goopy and separation-prone. Then I did a wonky gradient with Nomad's Dream and Moonstone, which both have a shifty-ethereal quality. I wish I could have found a slightly less-pink color than  Nomad's Dream, but it works well enough. Then I layered Dune over everything to give it the pearl look. I was undecided on the matte, so I took pictures with and without. I definitely prefer it with the matte...even though I look completely yellow in the pictures. 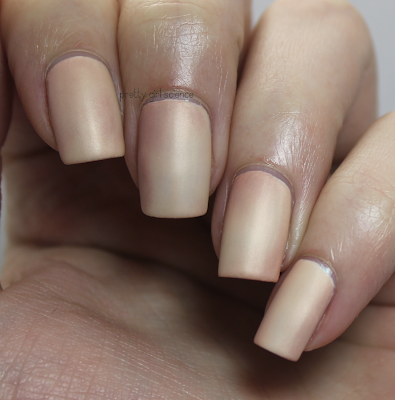 Want to learn some more about Venus?