Posted by Nichole C. on July 24, 2014
It has been far too long since I have ventured into the frightening world of DIY pins. I've had this one pin'd for a while, but always got distracted when it came time to do it. But lately, my house has been pretty tidy, and I've run out of excuses...so it is time for more Pin-Busting! 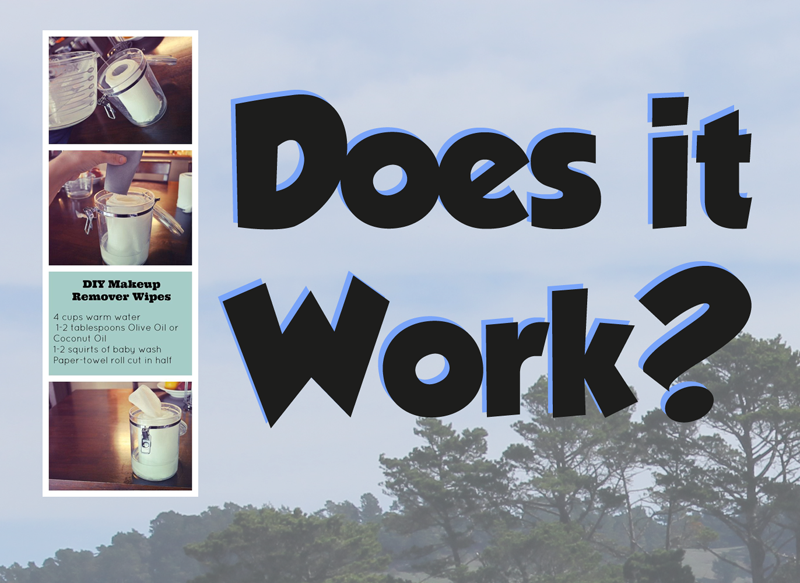 This one came from a blog called "Becoming Beautiful", which in turn adopted the post from "OneGoodThingByJillie.com" who originally made these to be baby wipes. (beware that second link. Its a busy looking blog) I've actually seen a thousand of these pins, one is pretty much the same as another. You take water, baby shampoo, oil, and paper towels...and combine them in a tupperware container. In theory, it seems to work. I've made makeup remover from those ingredients, minus the paper towel. As someone with sensitive skin, regular old paper towels seem far too rough for my face. And as a cheapskate, the fancy paper towels are far too pricey for buying for things like this...especially when Costco makeup wipes are so cheap. But, in the interests of bullshit-stomping, I decided to make a mini batch. 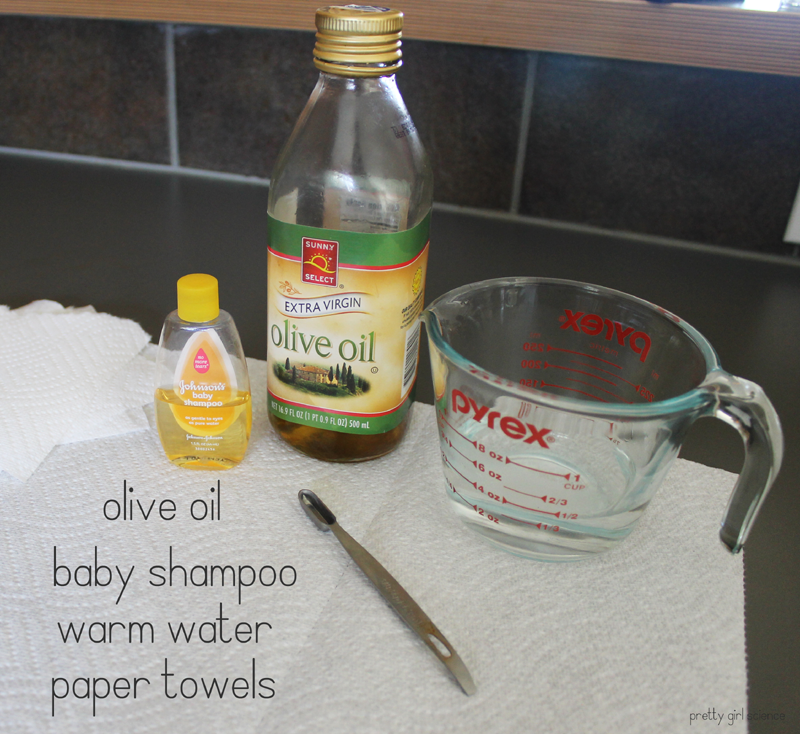 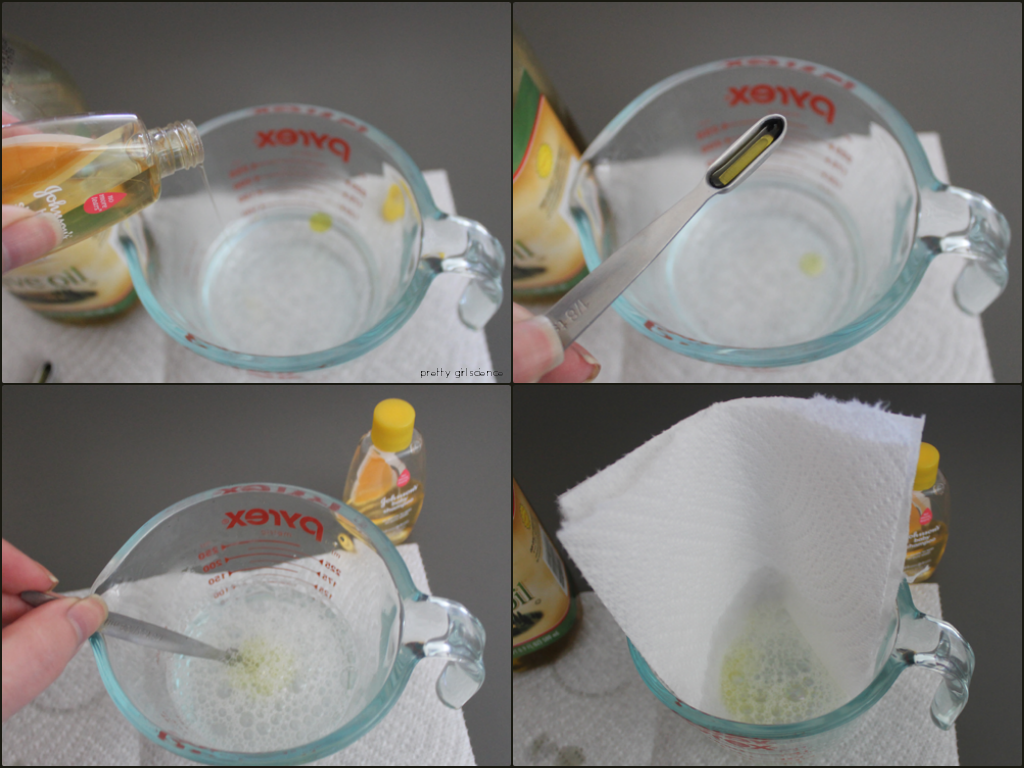 I decided to test this out on some fairly standard products in my arsenal: Stila Stay All Day Liner, Beautifully Addictive eye shadows over UDPP, and some Chanel Vitalumiere foundation. These are all things that your average human would wear on their skin, and expect to be able to remove with wipes. I let them sit on my skin for about ten minutes, to insure that they had properly set on my skin. I didn't want wet products to skew my tests...this is science! 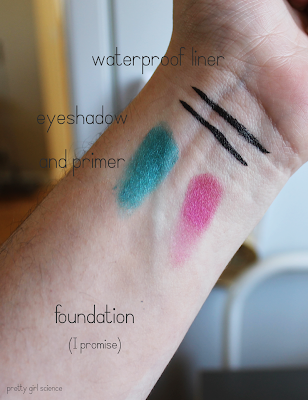 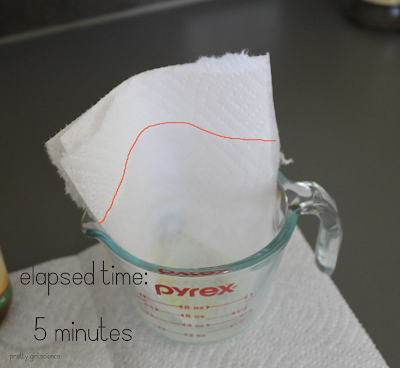 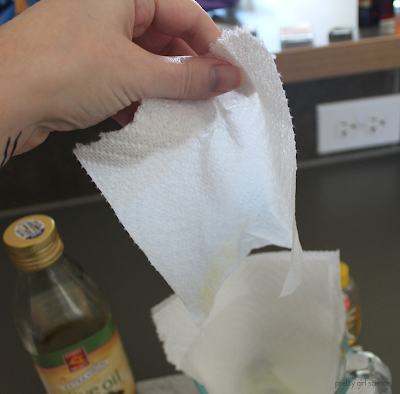 After waiting about five minutes for the paper towels to absorb the liquid, I gently rubbed my test swatches, as I would if I were using this on my actual face. The foundation gave way easily, as I expected it to. The eye shadow just smeared everywhere...UDPP was not giving up so easily. The liner, if anything, looked suddenly more vibrant. I rubbed a little more vigorously, and after about 20 seconds, the shadows were mostly gone and the liner began to give up in spots. Another 10 seconds of serious rubbing, and the liner disappeared for the most part. 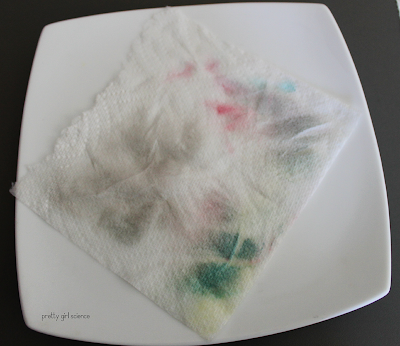 My skin afterwards felt quite clean and smooth, but I think this would be far too harsh for my actual face. Because I have dry skin, anything foamy generally makes my face angry. Maybe if you tinkered with the ratio of oil, the dryness could be mitigated...but I am also concerned with the irritation that might be caused from the roughness of the paper towels.

So does it work? 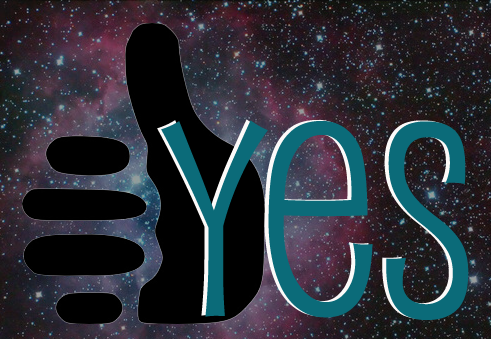 My opinion on this whole thing
I don't think this is really terribly economical. A single roll of paper towels costs a buck, more or less. A bottle of baby wash costs another buck. Most people already have the water and oil, so we won't count that. A standard roll of paper towels has 44 sheets, so when you cut the roll in half you get 88 makeup removing towelettes for under $3. Not a terrible deal. If you were buying the ELF wipes, you'd be spending $12 for the same amount...which isn't the best deal you can find. I buy my wipes from Costco, and I end up with about 200 wipes for $10. That usually lasts me a couple of years, because I generally use oil and wash cloths. If you are hardcore into DIY, this might be worth doing...but I just don't think it is.

Mold is another thing I worry about. There aren't any preservatives in the DIY wipes, other than what is in the shampoo. In both of the above-linked posts, there is still a good inch or two of water in the bottom of both jugs...add a lid to that and it becomes a cootie breeding ground. Unless you either add your own preservative or use these up within a couple of days, it is definitely a concern. This is another reason that I would be careful doing something like this.

The last thing I worry about is the paper towel disentigrating in the solution. Like I mentioned before, there will be a fair amount of liquid just chilling in the bottom of the jug. In my experience, paper products will break down in water after a few days. I decided to test this with my tiny project. I left the towels soaking for a few hours. They hadn't broken down, but they were definitely ultra squishy. I think I'd have to leave it for days to really see if the towels would survive. But who has time for that? (I did find that the paper towels do get nice and saturated though. A little too wet for my tastes, but still...good news!)

So the Tl;dr is that this totally works, but I just don't know if it is worth the hassle. But it does give me an idea...

this post originally appeared on Pretty Girl Science on 24 July, 2014 and is represented here with permission of the original author...which is me.
DIY makeup removal Pin Busting