Posted by Nichole C. on July 28, 2014
I'm not the hippest cat out there. I freely admit that. Apparently, this is another movie tie-in palette. From what I have read, this is a sci-fi movie...so I'll probably be watching it. I am already half in love with the makeup inspired by it. 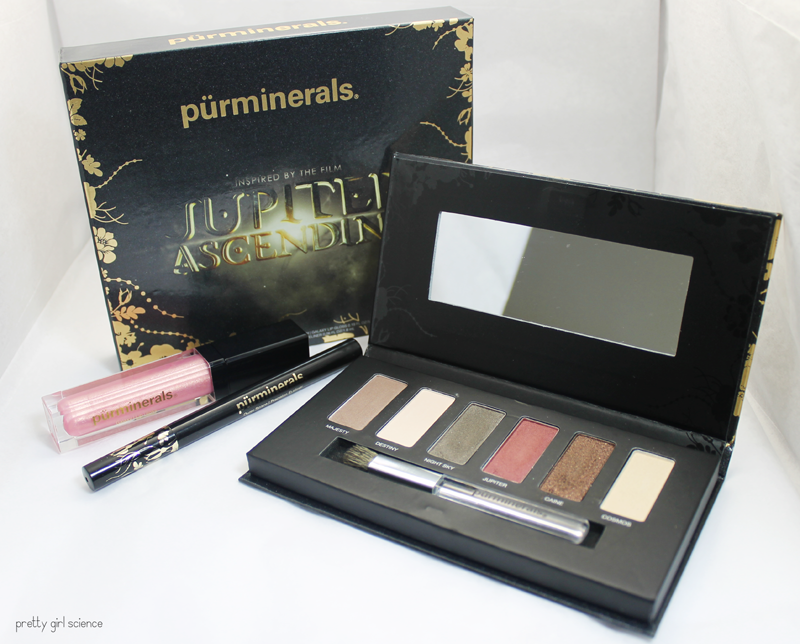 Most people know that I frequent the Makeup Addiction sub-reddit. It has been a place that has taught me so much. Even though at times people can be dicks, I really love and adore the vast majority of people there. Every summer, the moderators organize a makeup swap. Last year I participated, and had a mostly great time doing so. When the sign-up post showed up this year, I jumped at the chance to sign up. I lucked out majorly. My partner was pretty bad-ass. She managed to get me things from brands I had never tried before, which is pretty impressive when you consider the level of my addiction.

The collection, available at Ulta, is pretty great. It has a more feminine bend on the typical neutral palette. There are six shadows in matte/satin/shimmery finishes, a felt tipped liner pen, and a magical lighted lip gloss with a goddamned mirror on the side. Unff. I love gimmicks. I do. The light is ultra-gimmicky. But I'm OK with that, because the gloss is actually pretty nice.

Reading through reviews, it seems that most people complain about the pigmentation of the shadows. I swatched them over UDPP, and had no issue, though I used my finger and not the god-awful brush the set comes with. I'm fairly certain that the people complaining about this palette attempted to apply the makeup with the included brush. All the brush is good for is turning decent shadows into a messy dusting across a cardboard palette. My kids will enjoy playing with it though.

I'm a huge fan of the eyeliner in this kit. Not only is the packaging adorable, but the pen is smooth and the "ink" is pigmented. There was no patchiness or gray-tinge to the color, which I have found in some other brands that I have tried. I swatched it on the back of my hand the day I opened the box, and the mark was 90% there the next morning. I dunno if it would replace my Stila Stay All Day Liner...but it's pretty great. 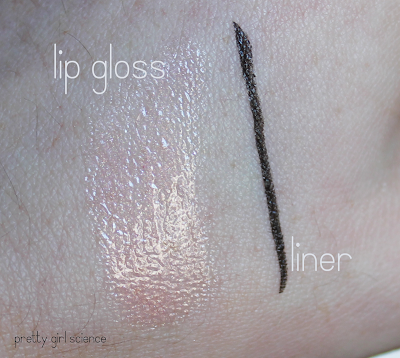 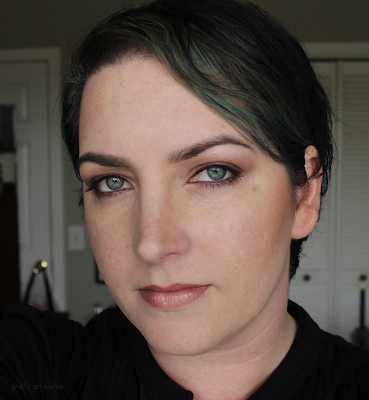 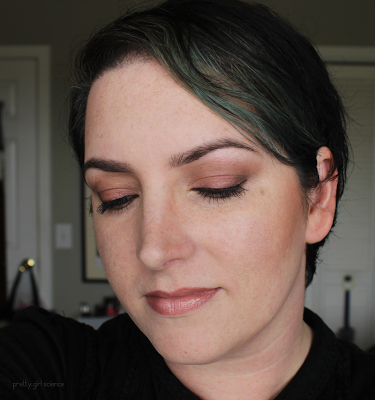