Way back when I bought my Naked palette from Urban Decay, I got a bag of samples along with my order. One of the things they sent was All Nighter makeup setting spray. I really like this product, though I can't really say if it helps my makeup last all that much. I rarely wear makeup for hours and hours, and my dry skin does come in handy when it comes to foundation sliding off. But it does seem to keep my colors in their places, and gives my face a less-powdery/more fresh-and-natural look. Thanks to preschool I am on a pretty tight budget when it comes to cosmetics these days, so I decided to search the interwebs for a DIY version. And let me tell you, there are a ton. In included links to my favorite recipes at the bottom of this post. 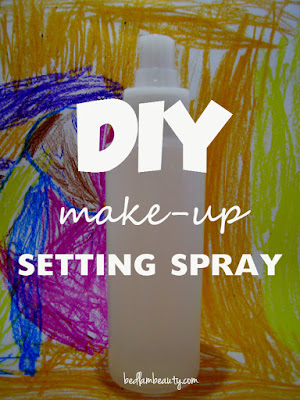 Most of the recipes I found were pretty similar, it was just small things that were different. The important thing is that all the ratios were pretty much the same for the necessary ingredients. I decided to kinda eyeball my ingredients, trying to keep the ratios right. So far, it seems like it works! 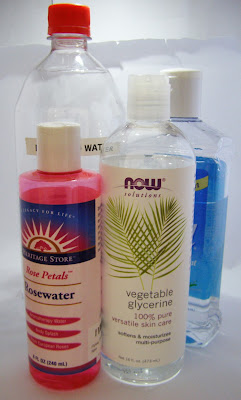 Step One: Gather Everything
I took a larger spray bottle (purchased from Sally's Beauty Supply for less than $3) and cleaned it out with isopropyl alcohol. I let it dry while I rounded up my stuff.

Step Two: Mix
Beauty and the Blog says to keep the ratio at 1/10 glycerin to water. That's pretty much what I did. But instead of just water, I used a mix of water, rosewater (it smells pretty and is good for your skin) and a wee bit of witch hazel. Pour all of it in, and then shake the bejeezus out of it. I poured the glycerin in first, for no particular reason. 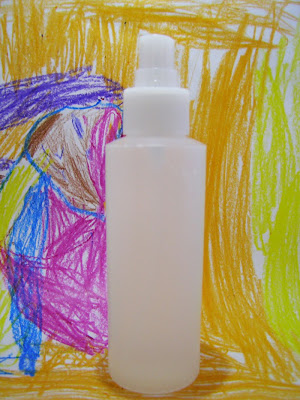 Step Three: Spritz on Face and Enjoy
I'm not wearing makeup today, so I spritzed it on my face...just for funsies. I don't feel much of anything at all. I can kinda feel it on my cheeks, but it honestly doesn't feel any different that the Urban Decay stuff did when I first applied it. I think I'll try and give it a proper test drive this weekend (once I kick this damnable plague).


I gave it a test drive. I declare it acceptable.

On Wednesday, we took the kids to the fair. It was warm, muggy, and foggy. There was enough mist in the air to make spots on my glasses. I think my makeup looks pretty decent after 6 hours. I did absolutely no touch-ups. (Usually, I keep blotting papers with me for the breakthrough shine that happens after a few hours. But I wanted to see how well this works) I did a tiny bit of contouring, and it looks to be in the same place, though a bit muted. My foundation actually looked pretty decent around my nose, which is always a trouble spot because of my glasses. There was very little smudging, streaking, or general weirdness. I figure if this stuff holds up to 5 hours at the fair, it'll work for my purposes.

Notes:
Since there is no preservatives in this, I'd not make a huge batch of this stuff all at once. It's pretty easy to eyeball it, so it's not a big deal to mix up a new batch once a month or so. I'd also recommend keeping this somewhere cool and dark. You can also add essential oils to this if you wanted, or vitamin E as one recipe suggests. My face does not approve of essential oil in general, and I don't have any vitamin E, so I omitted both. I do wonder about adding a little jojoba oil to this next time though...hmm. It might be a good skin refresher for those of us who tend to get dry. But it might ruin the makeup, so I dunno. These recipes are also supposed to be dupes for MAC setting spray, but since I've never used that I can't say. It seems very similar to the UD stuff I have, though not exact. Use this stuff at your own risk.


this originally appeared on Pretty Girl Science on 3 September, 2013 and is represented here with permission of the original author.
DIY makeup tutorial